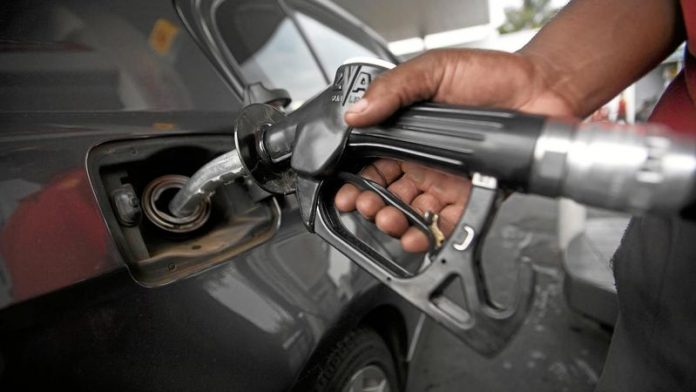 A big shake-up in the structure of the petrol price in South Africa will take effect this year, but the move is not expected to offer much relief to cash-strapped motorists.

South Africa's highly regulated petrol price is influenced by supply and demand for petroleum products in international markets, combined with the rand/dollar exchange rate. On March 5 consumers felt the full effect of these factors when the pump price jumped to a record high of 81 cents a litre.

But the fuel component is only about 65% of the price that motorists pay. The remaining influences are linked to margins for intermediaries such as wholesalers and retailers.

Wholesalers are mainly the big oil companies, which often also own petrol stations. Retailers operate the petrol stations. There are about 5 000 retailers countrywide, but only 30% own the facilities outright. The remainder are servicing loans or leasing the sites from wholesalers.

Although the petrol price is regulated at the retail level, the diesel price is not. There have been calls for regulations to be used to set maximum petrol prices and also to allow retailers to cut the price as they can do in the case of diesel. However, this reform is not under consideration by the energy department. (See "Transformation key to liberalising the sector").

Concern among retailers
The regulatory accounting system (RAS), which is now partially in place, will be fully implemented in December. The system, which is based on assets, is used to determine margins for wholesale, storage, handling and distribution.

Although there is concern among some retailers that wholesalers will take advantage of the system, the energy department has threatened to impose more regulations should stakeholders not play ball.

The RAS seeks to introduce transparency into the market as well as root out inefficiencies and uncontrolled costs. The system has been phased in over the past two years and the final measure — a decrease in the wholesale margin and an increase in the retail margin — will be implemented in December.

The claim is that the new formulas will benefit consumers in the longer term. The current structure is said to encourage over-investment in petrol stations and inflate marketing and operating costs.

The point of the restructuring is twofold — to ensure that there is no duplication or cross-subsidisation of costs and to make returns on investment more transparent.

The intention is to favour retailers over wholesalers or those with more assets. Margins were previously determined by aggregated costs submitted by wholesalers and retailers, meaning that motorists paid for inefficiencies in the value chain.

The new system will benchmark all the costs so that there will be no room to recover extra operational or marketing expenses. It will also ensure parties are not rewarded for over-investing in assets as they had done previously.

But, contrary to expectations, retailers are deeply concerned about the new margins.

Reggie Sibiya, chief executive of the Fuel Retailers Association, said there were potential effects for retailers and small businesses were ­particularly vulnerable.

Under the old system, wholesalers enjoyed "double dipping", Sibiya said. The wholesale margin not only provided a return on assets, but oil companies also profited through the rentals of their petrol stations.

From December, retailers will enjoy a higher margin to provide a better return on assets, but Sibiya said retailers were concerned that oil companies will simply push up the cost of rentals to recover profits the new system will take away.

Now that the RAS is imminent, contracts between wholesalers and retailers are beginning to be renegotiated. Contracts are meant to be renegotiated based on the matrix of the system. But "negotiations are basically coming to a halt because oil companies are not sticking to the spirit of [the system]", Sibiya said.

Avhapfani Tshifularo, executive director at the South African Petroleum Industry Association, said the old system calculated the required return on investment and passed this on to oil companies through generous wholesale margins.

The wholesalers, in turn, would pass this on to retailers in the form of low rentals and other mechanisms such as interest-free loans, he said. "Oil companies were not charging market-related rentals — now they have to renegotiate their agreements," Tshifularo said. And the market would now set the correct rental price, not the wholesaler.

Muzi Mkhize, chief director for hydrocarbons at the energy department, said if parties could not work together responsibly, the department might have to impose further regulation.

"I don't think their [retailers'] concerns [about whether the wholesalers will negotiate in good faith] is baseless at all," Mkhize said.

"What concerns me is that the behaviour of the industry has driven us to more regulation. If they give us cause … we may have to go in and regulate, but it is not something we want [to do]."

Mkhize said wholesalers could operate profitably on the new margins set by the department and noted that a technical committee had been set up to look at the implementation of the new system.

Sibiya said higher costs imposed by the wholesalers would cut into the entrepreneurial margin — an additional 20% on gross profits allowed by the department to protect the profit margin for entrepreneurs.

The estimated cost of acquiring a service station is R6-million, Sibiya said. If higher rentals eat into the entrepreneurship margin — which is intended to encourage investment by small businesses — many retailers could go out of business.

The market was already oversaturated and retailers were being squeezed by the volume per outlet.

Sibiya said bank charges made up 5% of transactional costs, and these go up with the petrol price. Moreover, operating costs are only reviewed once a year.

"The costs we recover are 12 to 18 months old," said MC Lamprecht, chairperson of the Petroleum Retailers Alignment Forum. "The entrepreneurial compensation acts as a reward, but is also a bit of a buffer against the regulatory lag."

In renegotiating contracts with wholesalers, Lamprecht said, the forum's members had experienced differences in interpretation and opinion from the oil companies relating to the new regulatory system.

"It makes us wary and uncomfortable, although in some instances there has been an acceptance of [the Regulatory Accounting System]."

"The [energy department] is driving the agenda of transformation within the sector," Sibiya said.

"But because of high gearing, they [historically disadvantaged South Africans] can barely make it with the current entrepreneur margin.

"Oil companies, in their behaviour, are just sabotaging transformation —giving smaller-volume sites to historically disadvantaged South Africans and now wanting to take the entrepreneur margin. It's a recipe for disaster," Sibiya said.

Transformation key to liberalising the sector
​Government has made it clear since 1998 that deregulation is at the top of the liquid-fuels policy agenda — but 15 years later the transformation of the ­sector remains a key hurdle if ­discussions about liberalising the market are to begin in earnest.

Avhapfani Tshifularo, executive director of the South African Petroleum Industry Association, said deregulation was not part of current discussions "at all". Issues such as ensuring the security of supply were more ­pressing, he said.

Muzi Mkhize, chief director for hydrocarbons at the energy department, said a move to maximum pricing or the deregulation of petrol pricing would only happen once the sector had been transformed.

"We are working to build up a system which can be transparent: when you can see where the money flows … and have arms-length oversight. You cannot have it [deregulation] when you are building such things."

Gary Ronald, spokesperson for the Automobile Association, said deregulation of the petrol price would put far too many jobs at risk and was simply not worth the trade-off for paying a cent or two less for a litre of petrol.

Tshifularo doubted that setting a maximum price would bring the consumer price down. "Even if you have a maximum price, that maximum will still be increasing."

Reggie Sibiya, chief executive of the Fuel Retailers Association, does not believe the industry can regulate itself. Only once empowerment took effect could a discussion about deregulation take place, he said.

The Democratic Alliance's spokesperson on energy, Lance Greyling, said the party supported the liberalisation of the market in principle, but that dynamics such as market dominance or job losses needed to be considered first.