Kwaito megastars and the ghost of Brenda Fassie 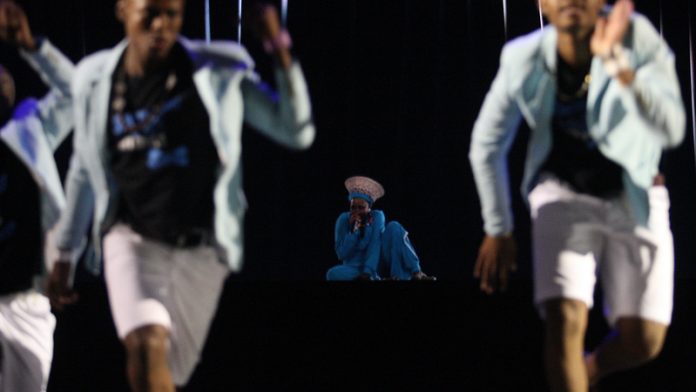 The event took place this past weekend at Mary Fitzgerald square in Newtown, Johannesburg.

Aptly hosted by the presenter for the 1990s music show Studio Mix and now Kaya FM host Bob Mabena, alongside radio presenter Anele Mdoda, the concert paid respect to acts that started the post-apartheid music movement – kwaito. From Trompies to Mdu, Brenda Fassie, TKZee, Oskido and more, the festival – with many different stages on and around the square – needed a lot more work but Hansa managed to draw the crowd with its line-up.

What many failed to realise was that this event was the first of its kind and, as such, that it was far bigger and more impressive than many could have imagined.

Obvious mishaps were a badly thought-through line-up and terrible sound (some microphones did not work).

Zaki Ibrahim led the much-anticipated tribute to the late Lebo Mathosa, a choice that seemed to confuse the audience.

The Canada-born Ibrahim, whose father is from South Africa, was continuously booed during and after performing songs by Mathosa – the lead singer of kwaito group Boom Shaka who died in 2006. At some stage revellers threw beer cups at the stage and bantered the performer with thumbs down and exclaims of disparagements.

Unfamiliar Zaki
Though Ibrahim is an amazing performer in her own right and wore blonde braids and an outfit similar to what Mathosa would have worn in the early 1990s, from the onset there were clear disappointments from onlookers that she was not able to sing or dance like the late singer.

Some festival goers were surprised to see Ibrahim, whom they were not familiar with, perform a tribute to one of South Africa’s greatest kwaito legend.

Kudos to the singer for soldiering on and remaining composed despite the reaction of the crowd.

Nando Gigaba said: "She's not familiar with an African language. Believe me, I love her voice. She a great vocalist plus she's good on the eyes, mara she was not right to be a Lebo Mathosa.”

When the relatively unknown Hlo Mohlala came onstage to perform with Ibrahim, the crowd seemed to begin to enjoy the performance a bit more. And things soon changed for the better when the remaining three members of Boom Shaka, Thembi Seete, Junior Sokhela and Theo Nhlengethwa reunited on stage, singing some of their hit songs such as It’s About Time and Thobela.

In an interview with City Press ahead of the festival Ibrahim said: “It was explained to me that I was not playing a role – ‘You are Zaki and you are going to be singing songs that will be paying tribute to Lebo'.”

Kelly Khumalo wowed the crowd in her red sequinned dress and white All Stars. The controversial, award-winning star belted out some of Fasssie’s best-known songs while a capella group The Soil provided backing vocals.

Ma Brr comes to life
Not even the rain could deter fans from witnessing one, if not the biggest attraction of the day – the hologram of Fassie who passed away in 2006.

For six weeks, audiovisual professionals worked on a video of an actress performing Fassie's Too Late for Mama and Weekend Special.

The video, which featured the actress dressed in a sequinned blue jumpsuit similar to the one Fassie wore in the music video of Weekend Special, was projected onto a specially-built foil screen.

The hologram made it appear as though a life-sized Fassie was performing.

“It has been a dream of mine to perform with my mother again,” he said.

Not a real hologram
But those who were not lucky enough to be close to the stage did not get to properly experience what probably attracted them to the festival in the first place. The hologram was projected at the back of the stage, making it difficult to see for those who were far into the crowd.

The image was not a real hologram but a compilation of 2D images projected from different angles to form a 3D image. It was the first time the technology was used in Africa.

The technology gained much publicity last year when, when an image of Tupac performed with Snoop Dog and Dr Dre at the Coachella festival in the US. But in that instance, the image appeared at the front of the stage, making it easier for the crowd to see. It was difficult for those at the Hansa Festival to make out who the image on stage was supposed to be.

Regardless of the faults, the event was impressive. A 12-hour music festival with four stages that brought together artists like Mdu, Thebe, Sipho Hotstix Mabuse, Spikiri and Skwatta Kamp – this festival was just one example of what celebrations of South African kwaito and hip-hop should be.

Dusting off musical gems through the art of the remix