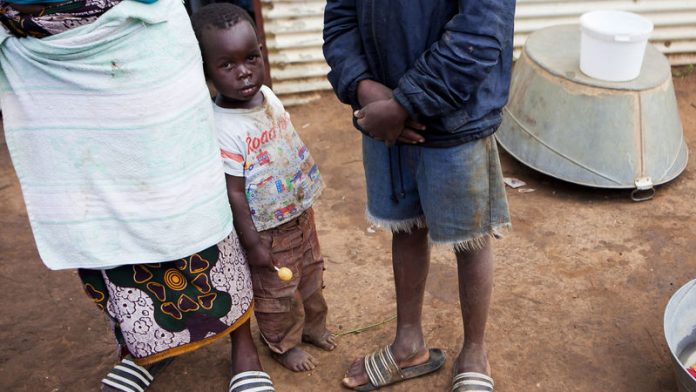 The dialogue would lead us to a better, more equitable world.

The Millennium Development Goals (MDG) – a set of goals agreed by the UN in 2000 – are nearing their 2015 deadline. They included eradicating poverty, cutting maternal mortality and giving every child access to education.

The goals provided an internationally acclaimed framework for not just talking about poverty reduction, but actually doing something about it. In deciding what comes next, I cannot over-state the importance of listening to the wisdom that emerges when the poor are allowed to define the future that they want to see. Recent history proves that any attempt to address the world's development challenges has little impact if citizens are not first made an integral part of the solution. This time around, African civil society groups have consulted ordinary citizens about the future they want. Five things really stand out for me:

Tackle inequality
The primary objective of sustainable development in tomorrow's world must be to drastically shift the balance of power and resources, for the benefit of all. Despite the successes we've seen in tackling extreme poverty, the societies we live in today are as grossly unequal as ever, and becoming more unequal. The cost to humanity and the sustainability of world resources is too high to sustain. This inequality is being mirrored in the loss of morality, spirituality and dignity in our societies. Unequal societies promote excessive bingeing by a few, perpetuating greed and the disregard for life, environment and dignity.

To seriously tackle inequality, we must transform our economic, governance and social systems. This leads me to my second point.

Promote a transformative economic agenda that provides economic opportunities for the poor
As we travelled Africa seeking to understand what works in communities, and what does not, it became clear that a specific thread was emerging. This was a voice throughout the continent which was saying: "We don't want hand-outs. We just want access to the same opportunities so that we can generate sustainable livelihoods too." In real terms, this means investments must be made in productive sectors that absorb the skills of the poor. Education must be geared towards promoting the capacity of poor people to contribute to economic productivity. It means increasing access to productive assets and infrastructure. It means making poor people active contributors of economic development and growth.

Give power back to citizens in order to effect decisions in their own lives
Ordinary citizens want to be able to take the decisions that affect their lives. They want meaningful engagement about how their money is spent by those they have placed in government. They want to influence decisions about their country's development. They want to share the power they have bestowed upon those they have elected, especially because those in government have been found wanting when it comes to making decisions that benefit the majority.

Eradicate corruption and foster the responsible use of our natural resources
Whatever follows, the MDGs must help to stamp out corruption and the plunder of our resources by political and business elites. African Monitor is currently running a mobile campaign with young people in 10 African countries, seeking to promote the aspirations of this generation. The results are astounding. The loudest message is that young people are most concerned about democratic governance. These young people are calling for an end to corruption and corrupt governments. They say they are frustrated by the betrayal by African leaders, who have chosen to care more about their stomachs and pockets and bank accounts than their citizens. One young lady from Kenya texted: "I dream of Africa where the libraries are full and the slums are empty. An Africa where education is a right that everyone attains with or without money." Another from Uganda said: "I hope Africa will be free of corruption by 2016". This tiredness with corruption is one we hear in grassroots conversations throughout the world. The architects of the post-2015 agenda must understand that citizens of the world are speaking strongly and clearly about this issue. We need strong deterrents including to the rampant corruption found in global business.

Recognise the collective responsibility of governments to provide financing towards an equitable world
Our work in tracking the delivery of development commitments by African governments and their development partners shows they have largely not been met. We need to look further afield, to new and additional forms of financing, including particularly by strengthening taxation systems. A financial transactions tax and a natural resources tax are ways that could add billions to the development financing envelope. Once these finances are secured, donors and governments must do better budget planning and monitoring with the citizens they aim to benefit.

We must have the audacity to say we will strike poverty and hunger from the face of the earth.

Archbishop Njongo Ndungane is the former archbishop of Cape Town and founder of African Monitor, a pan-African not-for-profit body harnessing the voice of the continent's poor to monitor and promote effective policies and delivery to Africa's people.