Economics of austerity is a load of bunk 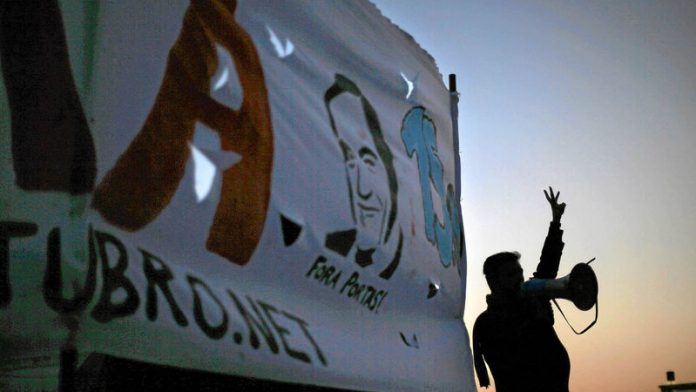 The intellectual justification for austerity lies in ruins. It turns out that Harvard economists Carmen Reinhart and Ken Rogoff, who originally framed the argument that too high a "debt-to-GDP [gross domestic product]ratio" will always, necessarily, lead to economic contraction and who had aggressively promoted it during Rogoff's tenure as chief economist for the International Monetary Fund (IMF), had based their entire argument on a spreadsheet error.

The premise behind the cuts turns out to be faulty. There is now no definite proof that high levels of debt necessarily lead to recession. Will we, then, see a reversal of policy? A sea of mea culpas from politicians who have spent the past few years telling disabled pensioners to give up their bus passes and poor students to forgo college, all on the basis of a mistake?

It seems unlikely. After all, as I and many others have long argued, austerity was never really an economic policy: ultimately, it was always about morality. We are talking about a politics of crime and punishment, sin and atonement. True, it's never been particularly clear exactly what the original sin was: some combination, perhaps, of tax avoidance, laziness, benefit fraud and the election of irresponsible leaders. But in a larger sense, the message was that we were guilty of having dreamed of social security, humane working conditions, pensions and social and economic democracy.

The morality of debt has proved spectacularly good politics. It appears to work just as well whatever form it takes: fiscal sadism (Dutch and German voters really do believe that Greek, Spanish and Irish citizens are all, collectively, as they put it, "debt sinners", and vow support for politicians willing to punish them) or fiscal masochism (middle-class Britons really will dutifully vote for candidates who tell them that government has been on a binge, that they must tighten their belts, it'll be hard, but it's something we can all do for the sake of our grandchildren). Politicians locate economic theories that provide flashy equations to justify the politics; their authors, like Rogoff, are celebrated as oracles, but no one bothers to check whether the numbers actually add up.

If ever proof was required that the theory is selected to suit the politics, one need only consider the reaction politicians have to economists who dare to suggest this moralistic framework is unnecessary, or that there might be solutions that don't involve widespread human suffering.

Even before we knew Reinhart and Rogoff's study was simply wrong, many had pointed out their historical survey made no distinction between the effects of debt on countries such as the United States or Japan, which issue their own currency and therefore have their debt denominated in that currency, and countries such as Ireland and Greece that do not. But the real solution to the eurobond crisis, some have argued, lies in precisely this distinction.

Why is Japan not in the same situation as Spain or Italy? It has one of the highest public debt-to-GDP ratios in the world (twice that of Ireland), and is regularly featured in magazines such as the Economist as a prima facie example of an economic basket case, or at least, how not to manage a modern industrial economy. Yet they have no problem raising money. In fact, the rate on their 10-year bonds is under 1%.

Why? Because there's no danger of default. Everyone knows that, in the event of an emergency, the Japanese government could simply print the money. And the yen, in turn, will always be good because there is a constant demand for it by anyone who has to pay Japanese taxes.

This is precisely what Ireland or Spain, or any of the other troubled southern eurozone countries, cannot do. Because only the European Central Bank can print euros, investors in Irish bonds fear default, and the interest rates are bid up accordingly. Hence the vicious cycle of austerity.

As a larger percentage of government spending has to be redirected towards paying rising interest rates, budgets are slashed, workers fired, the economy shrinks, and so does the tax base, further reducing government revenues and further increasing the danger of default.

Finally, political representatives of the creditors are forced to offer "rescue packages", announcing that, if the offending country is willing to chastise its sick and elderly, and to shatter the dreams and aspirations of a sufficient percentage of its youth, they will take measures to ensure the bonds will not default.

Warren Mosler and Philip Pilkington are two economists who dare to think beyond the shackles of Rogoff-style austerity economics. They belong to the modern- money theory school, which starts by looking at how money actually works, rather than at how it should work. On this basis, they have made a powerful case that if we just get back to that basic problem of money creation, we may well discover that none of this is ever necessary to begin with. In conjunction with the Levy Institute at Bard College, they ­propose an ingenious yet elegant solution to the eurobond crisis.

Why not simply add a bit of legal language to, say, Irish bonds, declaring that, in the event of default, those bonds could be used to pay Irish taxes? Investors would be reassured the bonds would remain "money good" even in the worst of crises, because even if they weren't doing business in Ireland, and didn't have to pay Irish taxes, it would be easy enough to sell them at a slight discount to someone who does. Once potential investors understood the new arrangement, interest rates would fall back from 4% to 5% to a manageable 1% to 2%, and the cycle of austerity would be broken.

Why has this plan not been adopted? When it was proposed in the Irish Parliament in May last year, Finance Minister Michael Noonan rejected it on completely arbitrary grounds (he claimed it would mean treating some bond-holders differently to others, and ignored those who quickly pointed out existing bonds could easily be given the same legal status, or else swapped for tax-backed bonds). No one is quite sure what the real reason was, other than perhaps an instinctual bureaucratic fear of the unknown. It's not even clear that anyone would be hurt by such a plan.

There'd be no need for further bailouts. It might not work as well in countries such as Greece, where tax collection is, let us say, less reliable, and it might not entirely eliminate the crisis. But it would almost certainly have major salutary effects.

If the politicians refuse to consider it, as they have done so far, it's hard to see any reason other than sheer incredulity at the thought that the great moral drama of modern times might in fact be nothing more than the product of bad theory and faulty data series. &ndash; © Guardian News and Media 2013