Bayern’s Chelsea defeat should be a lesson when facing Dortmund 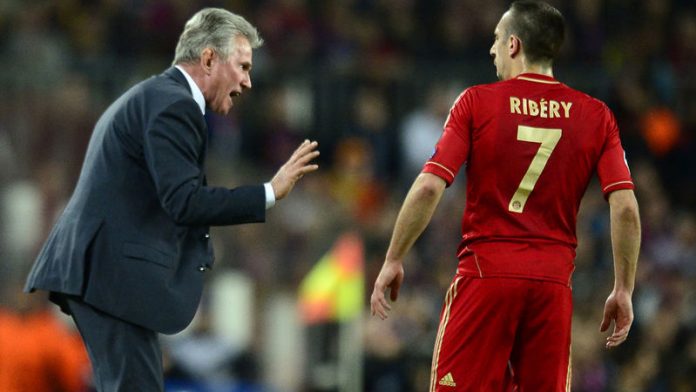 Bayern Munich will travel to Wembley to play against Borussia Dortmund on May 25 in the final of this year's Champions League competition.

The team sealed their place in the final with a brutal destruction of Barcelona 7-0 on aggregate after goals from Arjen Robben and Thomas Müller either side of a Gerard Piqué own goal gave them a 3-0 win in the second-leg at the Camp Nou on Wednesday.

"It is not a secret that I am someone that has lived everything in football as a player and a coach and I was very disappointed after the final last season," Bayern's manager Jupp Heynckes told a press conference.

"But the very next day we began planning the next season, planning the squad and speaking with the players. I think you can learn a lot more from a defeat than a victory and we have the experience of last year to fuel us in this final.

"We are a united group on and off the pitch. We have won the league, we are in the cup final and we have the logical target of the Champions League because of the very bad luck we had in last year's final."

Bayern's path to Wembley was eased by the absence of Lionel Messi as he sat out the second-leg from the bench due to a recurrence of the hamstring injury that he has been carrying for the past month, and Heynckes acknowledged the difference he makes to the Catalan side.

Heynckes's replacement
"Messi is obviously a fundamental player for Barca and they had some other problems with personnel in the squad," he added.

"For me Barca is a great club both on and off the field and they have shown it again over these two games. The attitude of their players is an example."

Heynckes also finds himself in the very rare situation of having taken his side to the brink of a treble of German league, cup and Champions League, but will still be replaced at the end of the season by former Barca boss Pep Guardiola.

However, he distanced himself from speculation linking him with a return to Real Madrid – who he guided to the 1998 Champions League trophy before being sacked – should José Mourinho leave the 2012 Spanish champions at the end of the season.

"On May 9 I will turn 68 years of age and 50 of those have been in football as a player or a manager so there comes a time when you have to say it is enough.

"My team this year has played at a world class level and that is why there is speculation about what this coach will do at the end of the season. But speculation is all it is." – AFP

Derby delight for the Red Devils kept them on Chelsea's coattails in the battle for a top-four finish, but it was also a good Sunday for the Blues as they thrashed Everton 4-0.
Read more
Advertising
Continue to the category
Politics