“Enough is a Feast” 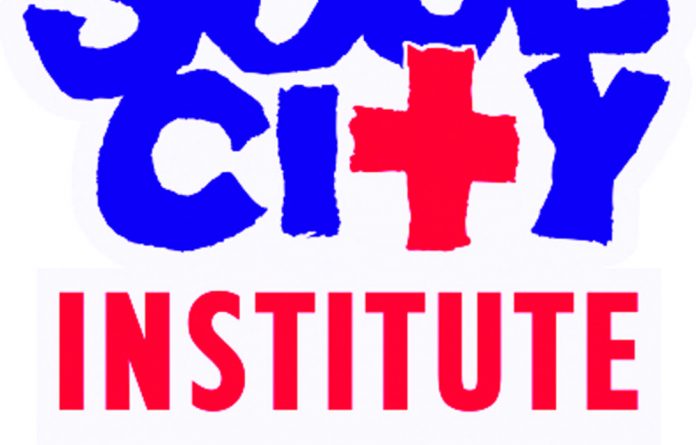 The term is used by progressive analysts and activists to mobilise for more socially and economically inclusive societies. Conservative instrumentalist notions also abound, that use the term social cohesion as a public policy response towards 'restoring law and order', 'rebuilding moralities' or developing a sense of belonging through building national and nationalist pride using symbols such as the flags of countries and national anthems.

I read many texts on the issue for the purposes of writing this short article, but those that struck me as relevant for the issues confronting South Africa were almost all written by the late Neville Alexander. In particular, I was interested in his ideas about society and his vision for a society which is underpinned by the principle that "enough is a feast".

In an article titled South Africa Today, The Moral Responsibility of Intellectuals, Alexander quotes from a speech made by Ernest Mandel wherein he referred to the biblical Sermon on the Mount as a basis for a society that values sufficiency, equality and solidarity. The biblical injunction Mandel referred to, states the following:
*Feed the Hungry
*Clothe the Naked
*House the Homeless
*Visit the Sick
​*Care for the Old, the Young and The Weak

In another article titled South Africa: An Unfinished Revolution, Alexander states that the new South Africa "has brought about fundamental changes in the form of rule and the institutional character of the capitalist state. The realm of freedom has been expanded beyond anything that most people imagined in the 1960s, and millions of people have been lifted out of abject pauperism to some level of human dignity.

The struggle has not been in vain in any sense of the term. But, the struggle continues". The acknowledgment by Alexander, a strident critic of the current government, that democracy has indeed bettered the lives of many people is important. At the same time he suggests that the struggle for equality continues.

This is predicated on the high levels of inequalities that persist in South Africa. Of the roughly 50% of countries around the globe that measure inequality, South Africa is among the most unequal.

Measuring inequality is important as it indicates very clearly that our society is not based on the principle of sufficiency, but is still organized along the lines of 'winners' and 'losers' within a social and economic system. A system in which the rich are getting richer and the poor are getting poorer. This system is not unique to South Africa but is a global phenomenon. The social ills associated with high levels of inequality are prevalent across the globe, hence preoccupation by many governments with the project that we now refer to as 'social cohesion'.

In a book titled The Spirit Level British researchers Wilkinson and Pickett indicate that health and social problems are worse in unequal societies. Their research indicated that life expectancy, mental illness, propensity to commit suicide, infant mortality, crime and imprisonment, drug use and teenage pregnancy are much higher in countries with greater inequalities. It is worth noting that Wilkinson and Pickett compared inequality data and its outcomes within mostly developed countries.

It therefore stands to reason that in a country like ours, where inequality levels are acute, the social ills associated with inequality are exacerbated and frankly, dangerous.

If we do not deal with inequality and the social and economic issues that sustain such high levels of differential living conditions, our efforts at building social cohesion may be futile. We may experience more of the kinds of social strife and mini revolts that we euphemistically refer to as 'industrial unrest' or 'service delivery protests'.

The roots of a comprehensive social cohesion strategy therefore lie in deepening the solidarity based policy package that government has implemented. This includes expanding the social assistance programmes such as the Child Support Grants and State Old Age Pension that have proven to be effective in improving the living conditions of the poorer sections of South African society.

These measures have also been the only programmes that have consistently reduced the poverty gap and tempered the levels of inequality. We need to emphasize and actively implement the sections in the National Development Plan that seek to implement a social floor, which will determine the minimum level of public goods and services that will ensure that all South Africans enjoy a decent quality of life based on a socially agreed minimum standard of living. This includes the goal of decreasing the wage gap between the rich and poor.

This means that we need to be bolder about building a solidarity based society. This includes acceptance by the rich and privileged in our society that higher levels of taxation and redistributive policies are necessary to reduce the gaps between the rich and the poor, and that we need to consider incomes based policies that will reduce obscene levels of profits for the few so that decent wages for the many become a reality.

This acceptance by the elites is vital if we are to achieve significant social and economic transformation without a violent social revolution that we have thus far been praised for averting.

This is the challenge we face in creating a more socially cohesive society, based on the principle of "Enough is a Feast" as suggested by Neville Alexander and, before him, by the Sermon on the Mount where humanity was indeed reminded to feed the poor, clothe the naked, house the homeless, care for the sick, the old, those with disabilities, children and the young.

Zane Dangor is the special advisor to the minister of social development Bathabile Dlamini. He writes in his personal capacity