Welfare could be Gini in the bottle 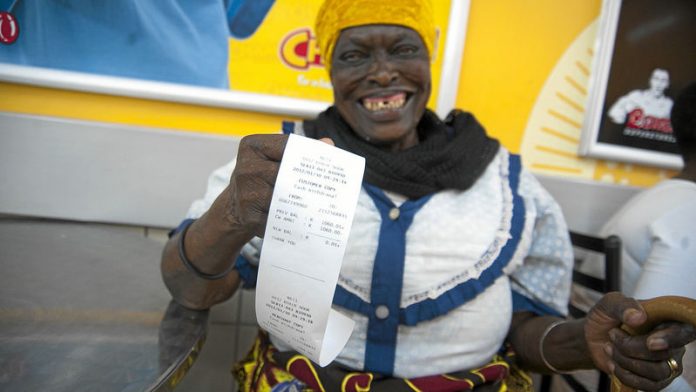 It appears that South Africa is having a bit of trouble with its Gini in the statistical bottle. The country's Gini coefficient — a commonly used measure of inequality — is deemed among the highest in the world.

There is, however, debate about how this figure is calculated, with research released in 2010 indicating that the coefficient's true level is much lower than generally reported when the impact of government ­policies such as social grants and free services, among others, is included.

The research has been reported and circulated, but the questions it raises remain pertinent three years later, with economists arguing that although inequality is still high in South Africa, the government's redistributive policies are yielding results.

A working paper released by the University of KwaZulu-Natal school of development studies found that the country's income Gini co­efficient dropped from 0.8, as given in Statistics South Africa's (StatsSA's) 2005/06 income and expenditure survey, to 0.59 after income from work, self employment and capital, social grants, free services and adjustments for personal income tax were included.

StatsSA did attempt in the 2005/2006 survey to illustrate the impact that government policies were having on the calculation of the Gini coefficient. The survey found that inequality in terms of income from work was extremely high, at the official 0.80.

But that social security grants paid by the government to households made "a significant impact on inequality", lowering the Gini coefficient to 0.73, or a decline of seven percentage points.

The 2010 research paper found, however, that when income from work, pensions from previous employment and annuities from own investment was included, the Gini coefficient declined to 0.73. When the income from social grants was included in the calculation, it declined to 0.65. It fell still further to 0.61 when free basic services were incorporated and to 0.59 when adjustment for personal income taxes was included.

The updated survey
Since the research paper was released, StatsSA has published its version of the income and expenditure survey for 2010/2011, which was released late last year.

The updated survey, however, did not explore the question of the Gini coefficient any further or provide an updated measure for South Africa. The research paper was co-authored by Adel Bosch and Jannie Rossouw, then both officials at the Reserve Bank writing in their personal capacities, along with Tiaan Claasens, the managing principal for development finance at Bigen Africa, and business advisor Bertie du Plessis.

Rossouw, who has since retired from the Reserve Bank and is an economics professor at Unisa, said the research revealed that "South Africa was doing better than we are giving ourselves credit for".

Since the work was first published, the number of social-grant recipients has increased and it was likely that the downward trend has continued. Other developments have since occurred that could have an impact on the Gini coefficient calculation, such as the treasury's announcement during the budget that it was considering doing away with a means test for the old-age grant.

The impact these factors have on calculating the Gini coefficient can make comparisons with other nations relatively difficult. The 2013 Human Development Report, released by the United Nations Development Programme, which uses the same methodology when calculating the Gini coefficient across countries, puts South Africa at 63.1 or an equivalent 0.63.

That figure is still high in relation to countries at a medium level of human development, as measured by the UN, such as Indonesia (34), Paraguay (52.4) and Egypt (30.8).

South Africa's Gini coefficient was also much higher than countries such as Brazil at 54.7, India at 33.4 and Russia at 40.1, a country deemed to be on a high level of human development by the UN.

The national planning commission records South Africa's Gini coefficient as 0.69, while the World Bank records its most recent figure as 63.1 at 2009. Organisations such as the Central Intelligence Agency in the United States give a similar figure of 63.1 for 2005.

The technical calculation
Rossouw believes that South Africa should publish two calculations of the figure — the purely technical coefficient based on income from work, as well as a modified coefficient that incorporates the effect of government policies.

The technical calculation would allow for a better measure over time, he said, as social-grant figures and other policy measures may fluctuate, making comparisons difficult.

Mike Schussler of Economists.co.za pointed out that despite assertions of deepening inequality in the country, when measuring wealth in terms of assets, South Africans were fairly well off, given that about 65% of the population owned their own homes.

He pointed out that South Africa had a relatively low and declining rate of self-employment among the working population. If this could be addressed and reliance on social welfare reduced, the Gini coefficient could improve, he said. StatsSA did not respond to requests for comment.