Young Voices: What do you think needs to be done to better education? 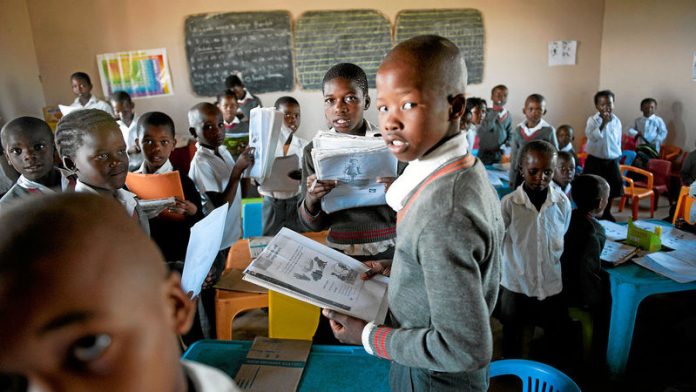 Between November 2012 and January 2013, Media Monitoring Africa interviewed primary school children between the ages of 11 and 13 about current news topics.

In part three of our four-week long Young Voices series, pupils were asked how the education crisis could be fixed. The children said more highly qualified teachers needed to be employed and there needed to be efficient delivery of books and other learning materials.

Here's what they had to say:

In previous videos, pupils were asked where they would raise their children and who they want to be the next president.

Only 2% of the pupils would vote for our current president, 4% would vote for Nelson Mandela (if he were running for president), but many said that they would vote for Democratic Alliance leader Helen Zille because she is a "strong woman".

The interviews formed part of a project called Children and Media Championing Best Practice, funded by the European Commission, and aimed at improving the portrayal and participation of children in mainstream media.

Young 'media monitors'
Media Monitoring Africa (MMA) gave children who are part of the project the skills to engage with the news, analyse media content and become what they themselves labelled "media monitors".

By the end of last year, MMA realised that the strong opinions the children were expressing had to be shared, so it asked them some questions and filmed their responses.

Research carried out by MMA showed that children account for only 9% of all news stories, showing that their voices are generally excluded from media.

However, children are capable of understanding what is happening in the world of politics, sports, entertainment, health and education, and can effectively voice their opinions if given the chance, said MMA.

MMA's director, William Bird, said MMA has been working with children for 10 years and has seen how they are capable of understanding what is happening in the world around them.

'Challenges facing SA's education'
"Far too often children and their voices are excluded not only from national debates, but all too frequently on issues that immediately affect them," he said.

"The numerous challenges facing South Africa's education system are well known, but often children's voices on how these problems affect them are not heard.

"While children are clearly the future they are also the here and the now and should be given as much of a chance to voice their opinions as adults are."

The Mail & Guardian will publish one of the videos filmed by MMA each week as part of a four-week long Young Voices series.