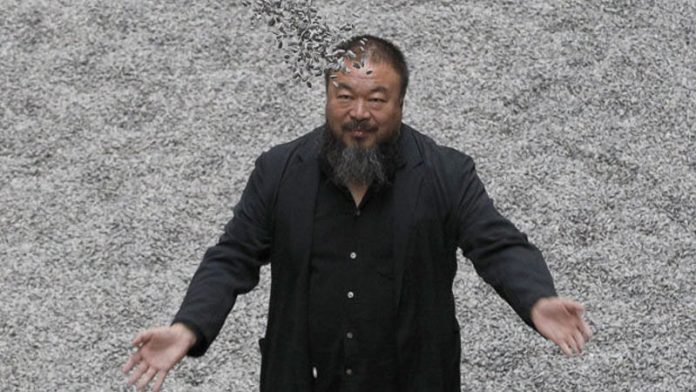 The video accompanying the visual artist's single Dumbass – released Wednesday but blocked online in mainland China – is meant to reconstruct his 81-day detention in 2011, which was part of an overall crackdown on dissent.

Ai's subsequent conviction for tax evasion has been seen as punishment for his activism. "People who are detained suffer traumas, and those who detain us know this very well," Ai said at a video premiere ceremony in Beijing.

"This is why we are secretly detained, blindfolded, cuffed, not allowed to meet with lawyers and relatives. "I had been thinking about how to recover from the trauma. And I came up with the idea of using music to convey a sentiment that is tremendously secret, and private, to the public," Ai said.

After his release, Ai's design firm was slapped with a $2.4-million tax bill, which he fought unsuccessfully in the Chinese courts.

Ai has irked Beijing by using his art and online profile to draw attention to injustices in China and the need for greater transparency and rule of law.

The Chinese-language lyrics are full of obscene insults, and the video images include animals that have become euphemisms for defiantly circumventing strict censorship.

"This video was not shot for me, and this song, I am not singing for myself," Ai said. "This is dedicated to all those people who do not have the opportunity to raise their voice, who will never be able to raise their voices. This is not just one generation. In the past 60 years there have been innumerable amounts of people who have been killed or sent away from their homes, even tortured to death."

However, web surfers in China are unlikely to see it.

During the premiere, Ai and his assistants posted links to the video on social media and file-sharing sites that are blocked in China, including Twitter and YouTube.

They also tried – in front of reporters – to post to Chinese sites including tudou.com, but those attempts weren't successful, apparently because censors who review the content before it becomes public rejected the video.

The music video has Ai himself singing the song's explicit lyrics. Dumbass is the first single from Ai's forthcoming music album The Divine Comedy. – Sapa-AP

Ai Weiwei told to switch off the cameras