Rhino poaching in SA worse than ever, in spite of new technology 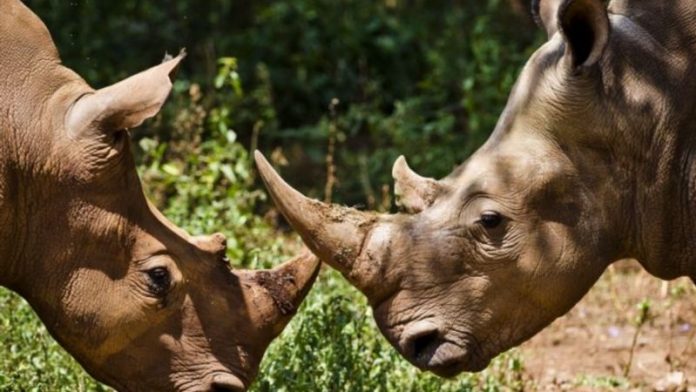 Since poaching steeply accelerated in 2009, the park has been the focus of most anti-poaching efforts by the government. But 247 of the rhino killed so far have come from the park. South Africa has 20 000 rhino left, 70% of the world's population.

The increase in the rate of rhino poached comes in spite of the use of new technology in the war against poachers – most of whom are coming over the border from Mozambique. Edna Molewa, minister of environmental affairs, has been pushing for an agreement between the two countries to curb poaching.

But the biggest problem has been the fence between the South African and Mozambique sides of the new transfrontier park, which was taken down when the park was extended. Molewa has said her department is considering putting the fence back up, at a cost of around R400-million.

In her budget vote this week, Molewa said R75-million had been specifically given to SANParks for anti-poaching operations.

Paul Daphne, head of SANParks communications, said the situation in the park had forced them to adopt a "military stance in tackling rhino crimes". The army is already deployed in the park, and rangers were now being supported by an unmanned drone from Denel.

Several private initiatives have also started deploying drones in the park, and in other reserves. The World Wide Fund for Nature has also sponsored Unnamed Aerial Vehicles for anti-poaching operations in Namibia.

Two other specialised spotter planes, along with several helicopters, were also assisting operations. Tracker dogs, which can follow the scent of poachers and disarm them without a gunfight, were also now operating in the park.

In a previous interview with the Mail & Guardian in the park, ranger Rodney Landela said when the vegetation was high it was nearly impossible to spot poachers. The thick bush meant you could only see people when you were facing them, with the only way to find them being track them.

Eyes in the sky meant they could track poachers and then send in a helicopter to suppress them – when it hovers over an area they tend to hide and wait, he said. Dogs and rangers could then go in and arrest the poachers. All of this meant the chances of people being shot was lowered, he said.

Kruger ranger Andrew Desmet, who was shot in the stomach during a joint operation against poachers near Letaba camp is in a "stable condition", the department said.

Molewa has signed agreements with China and Vietnam, the destinations for most of the horn, to cooperate in arresting poachers and finding illegal shipments.

The anonymous tip-off line for people who want to report any incidents of poaching is 0800 205 005.