Is carbon tax the key? 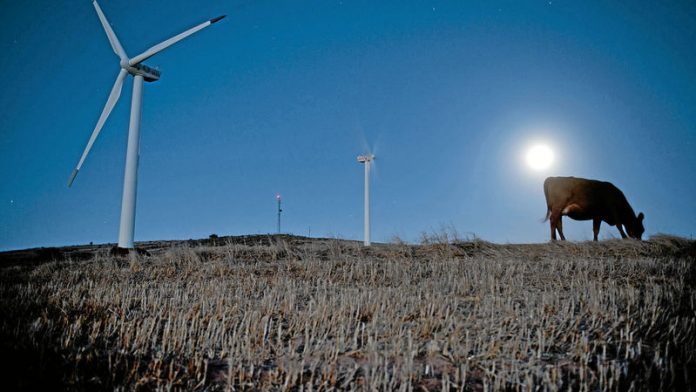 South Africa is leading the developing world in implementing a carbon tax. While it is expected to force industry to lower its carbon intensity, the national treasury expects to earn at least R8-billion a year from the tax.

At the Copenhagen climate conference in 2009, the country pledged to reduce its carbon emissions by 34% by 2020. This voluntary target was then given to each government department to find a way of lowering emissions in the areas for which they are responsible.

In last year's budget, the treasury said it had decided on a carbon tax as a way of forcing industry to become more energy efficient and emit less harmful greenhouse gases. In his budget this year, Finance Minister Pravin Gordhan said the tax would start on January 1 2015.

Forced efficiency
Most companies will get a 60% discount for the first five years. The tax will force the external costs of using fossil energy — seen as a burden on the health system and the cause of environmental degradation — to be included in the costs of anything that is produced using fossil power.

This reflects the real cost of things and ensures products made with more sustainable energy are competitive, stated the treasury in its policy paper. It is a strict interpretation of the "polluter pays" principle, which is now contained in South Africa's legislation.

Oil is also the country's largest single import and lowering this dependency would help the balance of payments, he said. The tax would encourage companies to change their habits and use already constrained resources more efficiently.

McNamara said this would make them more competitive in the medium to long run. With renewable energy sources becoming increasingly attractive, more money would be spent on research and development in technology. This would constantly drive down the price of renewable energy, whereas a reliance on fossil fuels would continually drive prices up, he said.

All sectors will start with an immediate 60% discount on the tax. Companies that need to compete on international markets, such as those in the iron and steel sectors, get a further 10% reduction. They can then trade carbon credits — buying credits from initiatives that lower carbon emissions to lower it by another 5% to 10%.

The tax will fall heaviest on the energy sector. National greenhouse gas emissions are 570-million tonnes a year, making South Africa the 13th largest emitter per capita in the world.

Eskom is responsible for 230-million tonnes, but gets a 70% discount. This is up from the 60% discount proposed in previous documents, and means the national energy provider would have to pay around R8-billion a year. It has consistently said it could not absorb this tax and would pass it on to the consumer.

But in the release of the last policy paper, the national treasury insisted that the impact on households would be minimal. Chief director for economic tax analysis at the national treasury, Cecil Morden, who has been driving the tax, said the price of electricity and petrol would only increase by a few cents as a result.

Cutting carbon tax down
ArcelorMittal, one of the world's biggest steelmakers, lost 6% of its share value the day the tax was announced. It subsequently said the carbon tax could cost it more than R600-million a year in a worst-case scenario. But it would be trying to qualify for the higher-level exemptions, it said.

The national treasury said it expected to raise between R8-billion and R30-billion a year from the tax. Environmental groups have called for this to be ring-fenced and only used for green projects, but this is not the national treasury's policy. Instead, it would earmark the money for incentives and tax reductions that lowered the impact on poorer people, and then on industry, it said.

The announcement of the tax prompted auditing firm KPMG to rate South Africa as the 13th most active economy in the sphere of green tax policies. The tax would make companies more sustainable, it said.

The KPMG Green Tax Index measures how countries use their tax systems to affect behaviour in response to problems such as climate change and water security.

"KPMG has named South Africa as the 13th most active country, out of 21 major global economies, in using tax as a tool to drive sustainable corporate behaviour and achieve green policy goals," it said in a statement.

The tax would dramatically change the way multinational businesses invested. It would cut costs, increase efficiency, drive innovation and allow industry to transform itself to be more environmentally friendly, it said.

In its Economic Survey of South Africa 2013, the Organisation for Economic Co-operation and Development (OECD) criticised the current energy intensity of the economy.

"South Africa is towards the upper end of the international range in terms of greenhouse gas emissions per capita and is among the most intensive middle-income countries," it said.

SA's footprint
The International Energy Agency ranks the country as 47th in terms of its emissions. But per capita it hovers around 13th. The country also performs poorly when it comes to the amount of energy used per unit of gross domestic product that it creates.

With its inefficient coal power stations, the country only produces R35 of gross product per kilogram of oil equivalent. The world average is R55, while Brazil makes over R80 and Germany nearly R100. That means for a single unit of energy, Germany can make three times more wealth in its economy. Each South African emits 10 tonnes of carbon a year. The world average is 4.7 and a similar sized economy, Brazil, emits 1.9 tonnes a person.

"Primary energy use per unit of GDP is among the highest in the world," said the OECD.

In the past decade the Brics countries dropped their intensity by 24%, while South Africa only managed a 9% decrease. Dr Britta Rennkamp, a researcher at the energy, environment and climate change unit of the University of Cape Town, said South Africa accounts for 1% of global emissions. It was therefore its responsibility to lower emissions, as the impacts of climate change would increase poverty and adversely affect everyone, she said.

The national treasury will not be earmarking the tax and she said it was critical that the money go into renewable energy and systems like smart grids. This would help the country move away from its fossil fuel-heavy energy mix, she said.

Footing the bill
The carbon tax would not be specifically earmarked for renewables, but companies can get an extra 5% to 10% offset on their tax by trading tax credits. Gordhan said there would be no tax on profits from trading credits until 2020.

Speaking at a recent seminar on the tax, Robbie Louw, a director at Promethium Carbon, said the last comment paper on the tax left a great deal of confusion. It did not say whether it was for only industry, or if groups like municipalities would also have to pay.

Consumers would certainly feel the tax, as the costs that it will place on sectors such as electricity generation and transport would have to be picked up by someone, Louw said. In the case of Eskom this meant the parastatal had no incentive to be less carbon intensive, as the costs would go to the consumer, he said.

The older document also stated the current non-renewable levy, 3.5 cents per tonne of carbon dioxide, would be phased out. This would have meant that the net effect on industry would be around zero.

This works out to around R35 a tonne of emissions, while the average that companies will pay under the new tax, with discounts, will be R36. The new paper stated the old levy will stand for now, and Louw said that this shift had left a great deal of uncertainty.

Ahead of the curve
The tax would, however, put South Africa ahead of other countries. If it did not implement the tax it would face having import taxes placed on its exports — because the importing country might have its own taxes and would not want these to be compromised by imports from a country that did not have a tax, he said.

Further research done by Promethium showed 28% of global emissions this year would happen in countries with a carbon pricing policy. By 2015 this number would be 71%.

Mike Rossouw, chair of the Energy Intensive Users Group, said local companies were already highly energy efficient. At best, without huge investment they could only lower their energy use by 8%. The problem was therefore with Eskom, which produced half of the country's emissions anyway, he said. If it was not changed, then industry would have to pay for the coal energy that the parastatal was selling, he said.

The tax has been met with mixed reactions from the opposition. The DA has said no new tax, whatever the reason behind it, should be put in place unless the economy started to recover.