Now we pay the price for our seduction 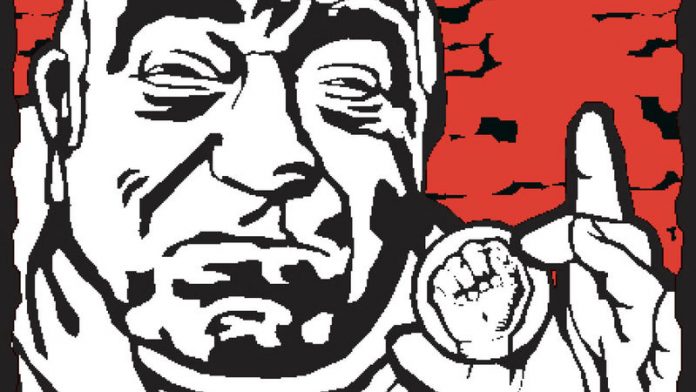 Struggle veterans are frequently asked: Was the sacrifice really worth it? While my answer is decidedly affirmative I must confess to grave misgivings too – for I believe we should be doing far, far better. Twenty years into freedom, the more pernicious obstacles to our doing so cannot any longer be blamed on the apartheid legacy.

There have been impressive achievements since 1994 – in building houses, crèches, schools, roads and infrastructure; the delivery of water and provision of electricity to millions; free education and healthcare; increases in pensions and social grants; financial and banking stability; and a slow but steady increase in economic growth – up to the 2008 international meltdown, at any rate.

These gains, however, have been offset by a breakdown in service delivery, resulting in violent protests by poor and marginalised communities; gross inadequacies and inequities in the education and health sectors; the ferocious rise in unemployment; endemic police brutality and torture; unseemly power struggles within the ruling party that have grown far worse since the ousting of Thabo Mbeki in 2008; an alarming tendency to secrecy and authoritarianism in the government; meddling with the judiciary and threats to the media and freedom of expression. Even Nelson Mandela's privacy and dignity are violated for the sake of cheap photo opportunism by the ANC's beaming top echelon.

Of utmost concern is the increasing dysfunction of the state machinery, maladministration and incompetence at national, provincial and municipal levels because of the practice of appointing unqualified cronies to senior posts. Lack of leadership is starkly illustrated in such matters. Such scandals as the nondelivery of textbooks to schools; the wasteful expenditure of more than R200-million on security at President Jacob Zuma's Nkandla home and the manner in which the Gupta family, current favoured transnational corporate pals of our president, are making South Africa look like a banana republic.

Add this to the extravagant ministerial expenditure on luxury limousines and hotels, as well as the enormous graft linked to the manipulation of tenders and awarding of state contracts to cronies and cousins – the list is depressing and endless. Crony capitalism and corruption as a way of life stare us in the face.

Most shameful and shocking of all, reflective of how far the ruling party and the government have lost their way, came on Bloody Thursday, August 16 2012, when the police massacred 34 striking miners at Marikana platinum mine, owned by London-based Lonmin.

Barbarity
It was the Sharpeville massacre in 1960 that prompted me to join the ANC. I found Marikana more distressing because it occurred in the democratic South Africa we had sacrificed for and which was meant to bring an end to such barbarity.

Our liberation struggle had reached a high point, but not its zenith, when we overcame apartheid rule. How much further along the revolutionary road could we have proceeded under the conditions we inherited? Our hopes were high that we could make the necessary advance given South Africa's modern industrial economy, its range of strategic mineral resources (not only gold and diamonds), the unprecedented upsurge of the masses and a working class and organised trade union movement with a rich tradition of struggle.

That optimism overlooked the resources and tenacity of a powerful international corporate capitalist system with the ability to seduce and corrupt on a grand scale. That was the time, from 1991 to 1996, that the battle for the soul of the ANC got under way and was lost to corporate power and influence.

We took an International Monetary Fund loan on the eve of our first democratic election and had already imperceptibly succumbed to the guile and subtle threats of the corporate world, which had been chipping away at revolutionary resolve for some years. That loan, with strings attached that precluded a radical economic agenda, was considered a necessary evil at the time, as were the concessions to keep negotiations on track and take delivery of the promised land for our people.

We walked into that in the misguided belief that there was no other option. Perhaps more inexcusable for us than that was losing faith in the ability of our own revolutionary masses to overcome, in united action, with correct theory and reliable leadership, all obstacles. With those masses, who were so fundamental to destroying apartheid, we would arguably have had the means and the resources to press home the huge advantages the revolution was gaining at the time.

Moving to control the heights of the economy would have placed us in a position to truly turn things around. To lose our nerve, go belly-up, was neither necessary nor inevitable. It required that the ANC did not stray from its noble principles and objectives and especially from its commitment to serve the people. This would have given it the hegemony it required not only over the entrenched capitalist class that ruled the economic roost but over emergent elitists, many of whom would seek wealth through black economic empowerment, corrupt practices and selling political influence.

Too often both the revolutionary soldier and the political activist leave economic affairs to the specialists. My greatest mistake is having neglected economic study. Would-be revolutionaries need to wake up every morning and exclaim: "It's the economy, stupid! Understand it."

At present, the impoverished masses do not see any other hope on the horizon than through the ruling party, though the ANC's ability to hold those allegiances is deteriorating. Most voters want socialist policies, not measures inclined to serve big business interests, privatisation and neoliberal economics.

This does not mean it is only up to the ANC, the South African Communist Party and trade ­union federation Cosatu to rescue the country from crises.

Civil society is an essential force for defending and developing democracy, as has been demonstrated by the Treatment Action Campaign on Aids, the Right2Know protests against the Protection of State Information Bill, Cosatu's resistance to e-tolling, the uprising of farmworkers and mineworkers for a living wage, and the consistent demands by striking workers and angry ­communities throughout the land, which show how pressure from the streets – with good leadership and discipline – can prevail.

Then there are the legal avenues and institutions such as the public protector's office and the Human Rights Commission, as well as the ultimate appeal to the Constitutional Court, to test, expose and challenge injustice and infringement of rights. Organised, carefully thought-out strategies and tactics at trade union, civic, community, faith-based, gender, student, youth, cultural, professional and grass-roots level – non-violent, dignified, disciplined, militant action – signpost what needs to be done and the way ahead.

Above all we must ensure that the economy is placed under strategic public control and made to work for the many, not the few. We look to the workers and the "born-frees" as the future torchbearers.

This is an edited extract from the introduction to the new edition of Armed and Dangerous: My Undercover Struggle Against Apartheid by Ronnie Kasrils, to be published this year by Jacana. He was deputy minister of defence from 1994 to 1999, minister of water affairs and forestry (1999 to 2004) and minister of intelligence (2004 to 2008)

Women leaders are lauded for their handling of the Covid-19 pandemic, but the data is often cherry-picked
Environment