An urgent rethink on customary law is needed 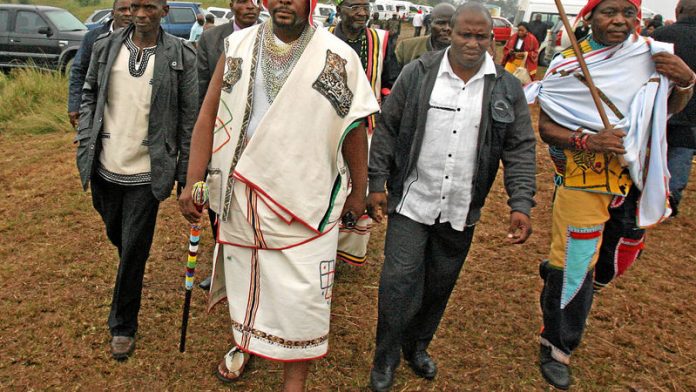 On the face of it, this provision was simply designed to bring traditional leaders into the constitutional framework.

However, legislation dealing with traditional leadership was subsequently enacted and the question then becomes whether this legislation is consistent with underlying customary law. That is precisely what the recent Constitutional Court case of Sigcau vs President of South Africa was about.

The legislation in question, the Traditional Leadership and Gover­nance Framework Act (2003), retained the traditional leadership status quo and ignored the reality on the ground: a reality fraught with deep contestation surrounding many traditional leaders and their positions at the time of the transition. This was the result of the manipulation of customary systems of law by both the colonial and apartheid governments in order to facilitate their projects of indirect rule and separate development. Many illegitimate leaders were left ruling over state-constructed communities at the time of the adoption of the Constitution.

In an attempt to unscramble the mess the legislature created the Commission on Traditional Leader­ship Disputes and Claims, which was established by former President Thabo Mbeki in 2004. Known as the Nhlapo commission, it was tasked with investigating all leadership claims and disputes, but, by the time it wound up in 2010 it had only managed to deal with the disputes relating to king- and queenships.

Since the publication of its report the commission has faced litigation on practically every one of the few determinations it made. The first of these challenges to reach the Constitutional Court was brought by Justice Mpondombini Sigcau, who claimed to be the rightful king of the amaMpondo aseQaukeni. The commission had decided in favour of his opponent, Zanozuko Sigcau. Zanozuko was appointed and Justice, who was king at the time of the commission's investigation, was deposed.

After considering his appeal against this decision, the Constitutional Court handed down judgment last week. It wasted little time in finding in favour of the applicant on the narrow ground that the president followed an incorrect procedure in giving effect to the commission's finding and appointing Zanozuko. Justice died weeks before the judgment and it is now up to his royal family to decide his successor in terms of customary law.

The underlying problem is the narrow approach taken by the commission. The Centre for Law and Society, based at the University of Cape Town, entered the matter as a friend of the court and argued that the commission's genealogical approach to the disputes before them did nothing to reaffirm "living customary law". The customary law recognised by the Constitution, it argued, is a living and dynamic system based on the principles of reciprocity and democratic process. In practice, customary law enabled communities to "decide" their rulers not on the basis of the rigid application of predictive rules but by taking into account the degree of support within the community – with "rules" applied after the fact in order to legitimise such decisions.

There were important indications both during the hearing and in the judgment that the court has put its finger on the real issue that plagued this commission – and, indeed, legislation dealing with customary law. Whose law is it: the community's law developed through its practice, or the law of the state, as regulated, codified and adapted by the legislature?

Although the motivation for state manipulation of custom in order to control traditional leadership may have changed from preconstitutional times, the power of state institutions and the legislature to facilitate manipulation remains. One does not have to look much further than the wealth of resources buried under the soil of many traditional communities to find a latter-day reason for the government's preoccupation with keeping current and future traditional leaders on its side rather than accountable to their communities.

It would serve the legislature well to read between the lines of the court's insistence that there is a difference between a leadership dispute settled "statutorily" and one settled "customarily". Privileging the latter is in line with what the Constitution envisions. The court has realised that it cannot find custom in statute or history books but must start with what is happening on the ground.

The uproar from rural communities over the Traditional Courts Bill last year provided a strong indication that the legislature is yet to learn this lesson. They may well have little time to do so before they lose the goodwill of those communities.

In Pondoland, confusion will reign till kingdom come

Left in the lurch: New hope for women in polygynous limbo

When ‘culture’ clashes with gender rights