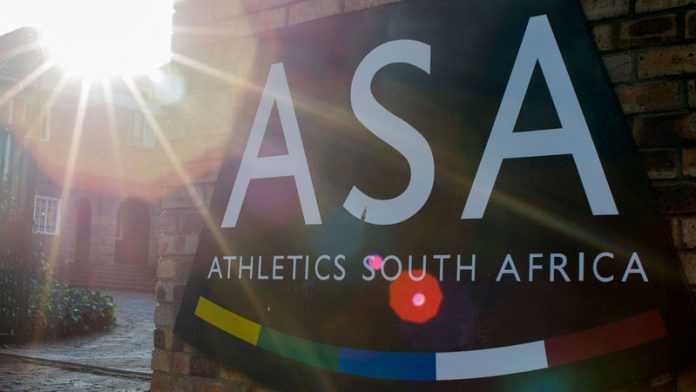 "The worst crisis the sport is facing since South Africa's suspension from the Olympic movement in 1976" is how some coaches and athletes have described the suspension of Athletics South Africa (ASA) by the South African Sports Confederation and Olympic Committee (Sascoc).

The move was criticised by several people, who told the Mail & Guardian that athletes had become the casualties of a turf war that has raged on between the two bodies since April.

“What is disappointing in all the infighting is that no one is looking out for the interests of athletes," said Richard Mayer, coach and chairperson of the Lydiard Athletics Club, which is active in Johannesburg's Alexandra township. “The ongoing battles between Sascoc and ASA are about ego and power, where various individuals with little to offer the sport are desperate to hang on to positions because they are looking to make careers in athletics administration but not to serve the sport," he said.

“Suspend the board by all means if you think you are entitled to, but not the athletes. Why punish the athletes? They are the innocent parties in this power struggle."

He said that the leading athlete from his club, Tumisang Monnatlala, who came 19th in the World Cross Country Championships, had been preparing to compete in the African Junior Championships in Germiston this month, which was subsequently cancelled. “The controversy in the sport has deprived this promising athlete of a vital opportunity to test himself against the leading Kenyan and Ethiopian junior athletes."

Funding impact
The championships are now scheduled to take place in Mauritius in late August and, although Sascoc's decision doesn't affect the participation of South African athletes in the event, it could pose a funding challenge.

In Durban, athletics coach Victor Vaz faces an unenviable task. “Athletes such as the South African junior champions, Gena Lofstrand and Sonwabiso Skhosana from KwaZulu-Natal, ranked number one and two juniors in Africa respectively, were forced to go home and continue with their winter training programmes. It was subsequently learnt that the championships will go ahead at the end of August or in early September.

“This decision demonstrates complete disregard or lack of knowledge for what is required to prepare an athlete to compete at international championship level," Vaz said.

“Suffice it to say that a possible South African team, if ever announced, would have no funds to participate because of Mr Tubby Reddy, the chief executive of Sascoc. We can't even start to measure the extent of the damage caused to athletes and coaches."

“Top South African athletes will now have to consider a change of nationality if they are serious about their athletics career, because, unfortunately, the administration of sport is obviously in the hands of uncaring and selfish individuals, who have no concept of what it takes for a coach to prepare and qualify world – class athletes over a period of 14 months, only for the athletes to be denied the right to represent their country," Vaz said.

Reddy was said to be travelling and was not available for comment.

Consequences
Paena Galane, spokesperson for the department of sport and recreation, said Sports Minister Fikile Mbalula would make a statement after reading a report he had requested from Sascoc. “No one would like to see South African athletes suffering," he said. “We are not happy with what's going on; that's why we requested the report."

But former South African long distance runner Elana Meyer, who won the 10 000m silver medal at the 1992 Summer Olympics, had some words of encouragement for athletes. “I've been through something similar competing in isolation in the 1980s and 1990s," she said. “The most important thing for me is to continue to focus on excellence."

Meyer, who is the co-founder of the Stellenbosch-based Endurocad, which focuses on preparing endurance athletes for the Olympics, said she had also faced uncertainty before the 1992 Olympics.

“There was a lot of back and forth during the transitional phase between the various parties involved; we even received emails saying we wouldn't be going to the Olympics.

“I continued to maintain a focused mind-set. I didn't allow myself to be affected by the uncertainty. I wanted to make sure I'd be in my best shape."

Crossroads
​She said that, although the current developments were upsetting, she was confident the issues would be resolved. “We are now at a crossroads where things need to be resolved. Issues need to be addressed now, and I hope the people involved will sit down and resolve them."

LJ van Zyl, the 400m hurdler, agreed. “I'm an ASA athlete since 2002 and this is the lowest point I remember," he said. “But I think they will sort it all out before the end of the year. I think, once and for all, Sascoc and ASA should sit around a table and discuss their issues, and start anew and fresh.

“In the meantime, I'm not going to stop my training. We as athletes just want to train and win medals for the country as we have done in the past. I will still keep dreaming to be on the podium at the Rio Olympics."

Suspension goes back to power struggle

The current conflict between the South African Sports Confederation and Olympics Committee (Sascoc) and Athletics South Africa (ASA) dates back to April this year when ASA was placed under the administration of lawyer Zola Majavu.

This followed an internal power struggle between ASA's president James Evans and its vice-president Hendrick Ramaala.

In February, Ramaala sent a letter to ASA's members informing them of a special general meeting to be held on March 9 because he had received several motions calling for Evans to be impeached.

Evans later received a letter from Ramaala informing him that 33 members had voted in favour of his impeachment at the meeting, and that “he had no right to perform any tasks on behalf of ASA with immediate effect".

According to Evans, an exchange of legal documents followed, during which it was conceded that he hadn't been removed and that “impeachment" merely meant he was being accused of something.

But Sascoc alleged that he had approached the high court to decide on a dispute and subsequently placed ASA under administration before suspending the body last week — in spite of the International Association of Athletics Federations supporting Evans's leadership.

Sascoc chief executive Tubby Reddy could not be reached for comment.

But Evans said ASA was in the process of clearing up its internal disputes and he was hopeful of a positive outcome, provided Sascoc stopped interfering.

“Athletes shouldn't be affected," he said. “But then one must ask why Sascoc refused all requests for mediation but insisted on their path, despite repeated warnings that they were breaching the international athletics rules. Remember, it is not only in athletics that Sascoc is in conflict with an international federation — you can add Fifa, international amateur boxing, etcetera. If the national federations were left to run their own affairs without continual interference from Sascoc, there would be better performance across the board."