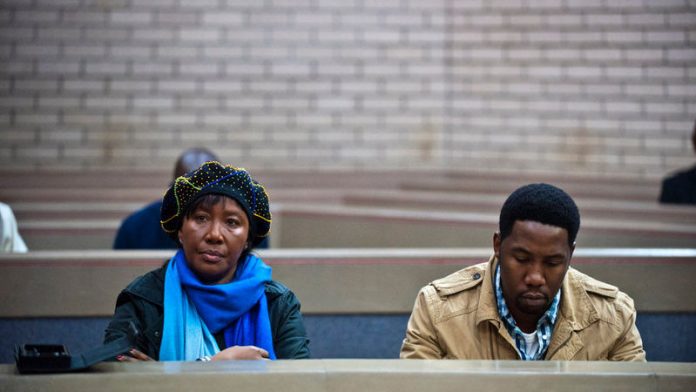 The Eastern Cape High Court in Mthatha ruled that Mandla Mandela must return the remains of three of Nelson Mandela's children to Qunu in the Eastern Cape by 3pm on Wednesday afternoon.

But advocate Wesley Hayes, representing Makaziwe Mandela and 15 others, confirmed to the Mail & Guardian that Mandla Mandela's lawyers had once again countered the order on Wednesday afternoon.

The graves are those of Nelson Mandela's eldest son Makgato Mandela, who died in 2005; Mandela's first daughter Makaziwe, who died as an infant in 1948; and Mandela's second son Madiba Thembekile, who died in a car accident in 1969.

Mandla Mandela allegedly moved the graves from Qunu to his home in Mvezo in 2011. On Friday, Nelson Mandela’s eldest daughter Makaziwe Mandela and 15 others brought an urgent application, asking the court to force Mandla Mandela to move the remains back. Members of the Mandela family also laid criminal charges of grave tampering against him.

Mandla countered with an application, asking the court to rescind that order. But on Wednesday, Judge Lusindiso Pakade ruled that step unprocedural, adding that Mandla Mandla’s assertion that he was not made aware of the initial court application was invalid.

Pakade ordered that by 3pm on Wednesday, Mandla Mandela must exhume the remains and move them back to Qunu. If he does not, the sheriff of the court must move the remains.

Meanwhile, the M&G understands that at the heart of the urgent application filed by Makaziwe Mandela and others is the burial of Nelson Mandela; that his body should follow those of his children when he dies.

Mandla Mandela, in his affidavit to the court, stated that he could not understand the urgency of the matter.

“Nor is the tenuous link between the remains and the burial of my grandfather explained. In this regard I respectfully point out that the applicant suggested that my grandfather’s body must follow the bodies of his children who pre-deceased him.

“Precisely why this is so has not, however, been explained. I can confirm that this is not in accordance with customary law,” Mandela said.

He added that as the eldest surviving descendant of Makgato Mandela, he was entitled to decide where his father would be buried. He intended arguing this matter when his application was heard.