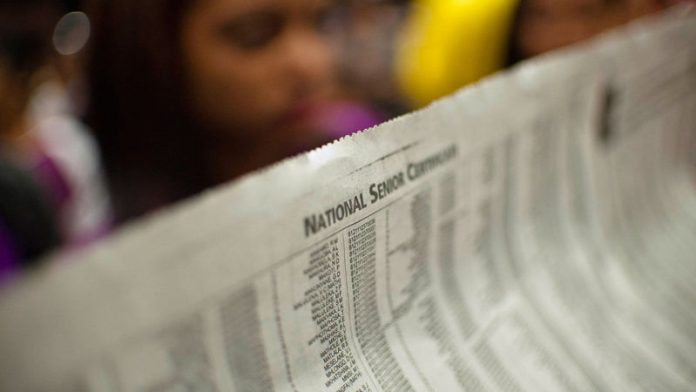 A recent study conducted in a South African school on how pupils engage with and perform in their school projects reveals a heart-rending story of how many of them lack the reading and writing skills to succeed in a tertiary institution.

These projects require pupils to find, gather, analyse, organise, evaluate and communicate, in writing, information on topics assigned by their subject teachers. The projects constitute 25% of the pupils' final score in the course.

For her recently completed PhD, Diane Harley examined a project in which grade 11 pupils at one school were required to identify five heritage sites, visit the sites and write an explanation of each by giving an account of its history. They also had to decide whether the sites represent all South Africa's people and why they made their conclusions.

The school is situated in a poor community and struggles to collect an annual school fee of R444 from parents. Pupils are required to use library resources to complete their projects. The school does have a library but it is badly resourced with outdated materials and is permanently locked. Pupils, therefore, go to the only public library in their area.

Many pupils walk an hour or more to school, with the public library a further 20 minutes away. Some pupils in the study said that they had to walk to the library after school finished at 2.30pm to complete their research before 5pm, when the library closed.

Because of time and money constraints, pupils tended to visit the library only once for each project to get their information.

Harley's study tells the story of a learner she calls "Rosie", who lived with her grandmother and three other siblings because both her parents had died. Sesotho is her mother tongue. Rosie and most of her classmates had never visited any of the heritage sites identified in their school project.

They told the teacher that they did not have the bus fare or the entrance fees. So Rosie obtained most of her information from her textbook and the internet in the public library, an hour's walk from her home.

Rosie and her friend went to the library together, sharing the cost of using the photocopier — 80 cents to make one copy. With each of them having 80 cents, they copied one page each and then swapped their copies. There is only one copier in the library, which serves all pupils from surrounding schools.

The library has three computer terminals with free internet access, so these limited resources see much action. One librarian said that the reference section is badly resourced and many of the texts are outdated. This is the only place where pupils can source information.

When confronted with the texts, Rosie did not know what information to use. She found reading the texts confusing and, therefore, simply copied the information verbatim into her project response.

She said that her teacher did not check her project against the sources in the library and that seeing that she had found the information herself — which is actually untrue — it was hers to "write down". Her words were: "I make my own story and other pupils mustn't have that story." That is, as long as her project did not contain the same copied sections as the other pupils had in their essays, she felt she would get her marks.

Harley asked the pupils about the difficulty of writing in English, which is not their mother tongue. Both Rosie and her friend agreed that the whole task would have been much easier if they could have read the information in Sesotho and written their projects in Sesotho. "We help each other in Sotho. It's faster and easier to say things in Sotho to understand it better," she asserted.

Rosie sees summarising as a "cut and paste" process: she copies some paragraphs from a source and pastes it together with other copied paragraphs. She said that she did not know how to paraphrase or summarise and that she did not understand all the words in the source texts.

Research also tells us that second-language pupils need much pre-task information building, or background knowledge building, and extensive vocabulary building before setting them a writing task. Rosie added, when asked, that they did not get an opportunity to hand in a draft before submitting a final copy. Yet researchers have found that a draft system is the best teaching technique for second-language writers.

The majority of pupils in this study submitted plagiarised projects. It is, therefore, very difficult to gauge the development of pupils' academic writing proficiency based on these projects. Both teachers and pupils said they felt overwhelmed by the enormity of the task in this teaching and learning situation.

Pupils expressed a lack of language proficiency, a lack of prior content knowledge, and a lack of general academic writing skills. Teachers, on the other hand, felt that they did not have the time or the expertise to do the detailed teaching that is required by these projects and, in any case, the projects counted for only 25% of the pupils' total score.

One of the teachers expressed empathy for the pupils who plagiarised their projects: "I don't penalise them that much because I know their background. I know that they are struggling and if I become too strict, it's going to affect their marks. So [with] some of the things, I just turn a blind eye." Her empathy is touching, but the pupils are not gaining much else.

Rosie and her friend graduated last year and were part of the much-lauded class of 2012. Should she be lucky enough to be accepted into a tertiary institution, she would lack almost all the reading and writing skills needed for her to succeed in this context.

Professor Arlys van Wyk is head of the unit for academic literacy in the University of the Free State's Centre for Teaching and Learning. She was co-supervisor and co-examiner of the Indiana University PhD, titled Doing a School Literacy Information Project in a South African Context, by Diane Harley, to which the article refers.