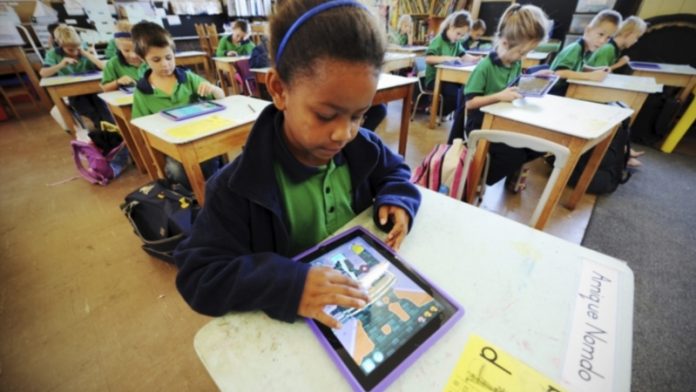 Since January this year, Yamba Omokoko, a maths teacher at the LEAP Learning Centre in Philippi, Cape Town, has been tutoring a grade 12 schoolboy. For all their extra lessons, the pupil has come with a tablet and video-recorded every session.

Omokoko wasn't quite sure of the role the tablet played until the pupil explained that he often used the recordings to prepare for tests or to revisit a point he hadn't quite caught in their time together. Following this explanation Omokoko became increasingly curious about the tablet but never asked his pupil to show him how it worked.

It was only on August 8, at edTech Summit South Africa that Omokoko experimented on a tablet for the first time. Even though he has a personal blog and Facebook account, as he swiped and tapped away, he realised there was a major difference between his understanding and use of technology and that of his students.

Mind the Gap
While the number of South African pupils who own tablets may not be high, many of them do own smartphones. Their activities on these devices range from arranging social get-togethers to sharing notes on homework assignments.

One of the most common communication platforms used by South African youth is Mxit – a free instant messaging application. It's so popular amongst young people, that education advocates have taken note of it.

Initially designed as an online hang-out space, it now has many in-house apps that offer pupils mobile learning that is easy for them to access. Apps like ExamZone – a chat room for exam discussions, Study Mate – a full matric revision schedule, and DrMath – a tutoring programme, deliver content in a way pupils like and understand.

One of the most popular apps is QuizMax which has over 200 000 subscriptions. It gives pupils in grades 10-12 access to exam level quizzes in maths, physical science and life science.

There's also an app started by the department of basic education, called Class of 2013. It offers tips and advice on study methods and additional study materials.

As new technologies like e-readers and tablets are developed, learners embrace them at a faster pace than many of their teachers. Even when cost inhibits ownership of some of these devices, understanding how to use them will come easier to a pupil who already has an active digital life.

On the other hand, like, Omokoko, many teachers are increasingly feeling like they've been left behind.  That's where conferences like edTech Summit South Africa offer a chance to boost technology skills.

John Gilmour (@johndgilmour), founder and director of LEAP Science & Maths School (@leapschools), which hosted the summit in its Pinelands campus, identifies with Omokoko.

"One of the great battles we've had at LEAP is to really understand the power of technology. We've had to develop partnerships with experts so they can help us strategise how to integrate technology in our classrooms."

Looking Ahead
Up until just a few years ago teachers were the primary custodians of learning materials. Classroom resources like overhead projectors and calculators were first introduced to learners in the classroom, and by teachers. Pupils very rarely got the chance to be first in the know.

That picture is upside down now; with learners often aware of and using the latest gizmos and gadgets.

Tim Keller (@timkeller), a software developer with a special interest in the intersection of technology and education, acknowledges the challenges facing many teachers.

"We are going through a paradigm shift," he explains. "The children in our classrooms are the first generation that doesn't know a world without the world wide web. They've grown up with technology in their back pockets. And much of their lives revolve around it."

Many teachers on the other hand are stuck between their tried, tested and trusted pedagogical methods and a world that is changing faster than at any other time in history. Just as they have become comfortable with computers, tablets are the next frontier facing them. And then there are interactive whiteboards, Kindles and online educational games they need to keep up with. It's suddenly a big daunting world for them too!

Francine Ndaya, a grade seven maths teacher at Siyabulela Primary School, in Langa, Cape Town admits that many of these topics are foreign to her. She's computer literate, but sees herself as far from tech savvy. "I do feel like I need to learn a lot more. I don't know enough about things like Breadbin, YouTube. I have to know more so that I can teach my students too."

Learning Together
While technology may seem intimidating, it does pose an interesting challenge to teachers. It offers them the opportunity to experience again the exhilaration of acquiring knowledge.

Because there are no textbooks for technology-driven teaching, it's a chance for every teacher to take risks, experiment and refine their craft.

There's no one way suits all approach, but Keller suggests a mind shift rather than a rush to buy the latest gadgets.

He's outlined three broad phases of introducing technology to teachers and their classrooms.

The first phase is creating a more visually dynamic learning classroom. "Students don't get what they don't see," he explains.

Then, he believes teachers need to let students replace textbooks with electronic sources. "The output can remain traditional but they need digital devices like laptops or iPads to do research."

Lastly, Keller suggests that teachers can focus more on building 21st Century skills which include critical thinking, collaboration and creation. "The student needs to be at the centre of the learning experience. This generation are not consumers of knowledge. They are producers."

Werner Theron (@theron_edu), an Afrikaans teacher at Bishops Diocesan College in Cape Town, found an innovative way to merge technology and learning. Two years ago, he set his class a conventional assignment: to translate a body of text from English to Afrikaans. But the modern and technological application was that the text had to be a song. And that once translated, his pupils had to perform it. One of those performances was recorded and uploaded onto YouTube, and has notched over 2 000 views. Called the Justin Bieber Remix – Afrikaans, it seems to be an assignment equally enjoyed by both the teacher and pupils.

The second and final round of edTech Summit South Africa takes place in Johannesburg from August 15 – 17 at Dainfern College.

Norma Young is a freelance writer and volunteer for LEAP Science & Maths School.​

Learning in the time of Covid-19