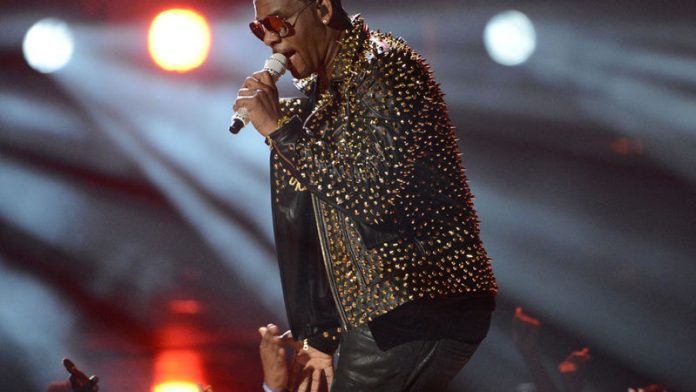 The arts and culture department says it will get back its money paid for R Kelly to perform at the Nelson Mandela Sport and Culture Day.

"We will get our money back," arts and culture department spokesperson Mack Lewele said on Thursday.

The amount was paid to Sishongoma Suppliers, which promised to bring the singer to the FNB Stadium.

On Wednesday, it was announced that the US singer R Kelly, who was set to perform with DJ Black Coffee, Zahara, Toya Delazy, Mafikizolo, Kurt Darren, Yvonne Chaka Chaka, Salif Keita and Elvis Blue on August 17, would no longer be performing.

The concert will be preceded by a sport bonanza at the stadium, featuring Bafana Bafana and the Springbok rugby team playing in international matches.

Lewele said: "What is [now] important for us is to get the show going. The event was not based on R Kelly. We have other stars lined up for the show."

The department realised on Wednesday that the singer was not in the country and would not perform on Saturday, Lewele said. He would not comment whether criminal charges would be brought against the company.

"We cannot pre-empt that, we are still going to meet with our legal team."

'Get rich quickly'
When contacted for comment, a man at Sishongoma Suppliers who identified himself as Xolisile Xasa, denied having had a contract with the department.

"I have never received any payment whatsoever from the department. I do not have a contract with them," he said before directing the South African Press Association to his lawyer, a Mr Kwenana. Kwenana's cellphone was switched off.

Earlier, Sport and Recreation Minister Fikile Mbalula said a few individuals, who he did not name, wanted to get rich "in a split of a second" by lying to the department.

"This was a scheme by people who wanted to get rich quickly," he told reporters during a briefing at FNB Stadium about the inaugural Nelson Mandela Sport and Culture Day.

"I do not think R Kelly would have shunned performing for Madiba … but he will not be here. The show will continue with the rest of the line-up." – Sapa