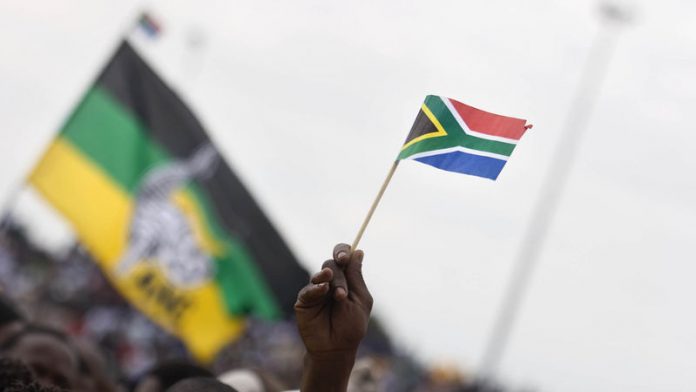 The Democratic Alliance and nine individuals are asking the Western Cape High Court to allow South Africans living overseas to not only be able to register and vote there but also vote both nationally and provincially.

Chairperson of the DA federal executive and MP James Selfe said the applicants filed the court papers on Tuesday and were expecting the matter to be heard as an urgent one before the end of this month into October.

Selfe said an overseas-based voter would vote on a provincial ballot of the last province he or she resided in.

In its application, the DA also wants voting stations to be made available in locations where there are no embassies or consulates, but where a substantial numbers of South Africans reside.

Selfe said they'll leave it to the courts to decide the threshold of South Africans residing in an area for it to have a temporary voting station. The party would prefer that this be set at 500 registered voters but "we wouldn't impose this on the courts".

"The third aspect which the DA is requesting is that where there are sufficient South Africans who wish to vote in the elections in a certain area, that a special voting station is established.

"At present, overseas voters can only vote at embassies or consulates which might be a great distance from where they are resident and will prevent them from voting," said Selfe.

Application
He said part of the application is to enable people who know they won't be in the province they are registered in on voting day to cast a special vote. As things stand, a voter registered in one province can only cast a national vote in another province.

DA MP Masizole Mnqasela said the application was not about the party but the constitutional right of South Africans to vote.

The DA wants the matter to be dealt with urgently as the next elections are approximately eight months away and the first voter registration weekend is in November, two months away.

"If we are successful in this application, this will require certain logistical arrangements to be made by the Independent Electoral Commission in order to allow South Africans abroad to register and vote. It is essential that all South Africans, even those living abroad, can fulfil their right as citizens to vote. We hope that our application is successful as it will go a long way to ensuring that this right is guaranteed for all," said Selfe.

It is not clear how the Western Cape High Court will view the DA application, considering that the court warned politicians late last year to find politicial or parliamentary solutions to their problems before running to the court.

The Electoral Amendment Bill that the DA is challenging is still being processed by the parliamentary portfolio committee on home affirs, which conducts oversight on the IEC.

Selfe said the party had exhausted legislative means as the Private Members' Bill he tabled ealier in the year, was rejected and the party has been left with no option but to approach the court.

"The DA is of the opinion that the Electoral Amendment Bill may be unconstitutional in this respect as it is a limitation of the right to vote."

The Act already allows certain categories of South Africans living abroad or outside their province, namely public servants, to register as voters and to vote in provincial elections. This right should be extended to all South Africans otherwise it effectively creates a situation of some being more equal than others, the DA said.

Logistically, the DA says providing this would be simple as all that will be required is for the IEC to provide overseas voters with two ballot papers instead of one, and in terms of counting those votes towards the provincial list, they can follow the exact same procedure as is already done for government officials abroad.

Former speaker Thandi Modise’s refusal to allow MPs to vote in secret on a motion of no confidence against President Cyril Ramaphosa was not rational, the SCA held
Advertising