Dean Karnazes: The man who can run forever 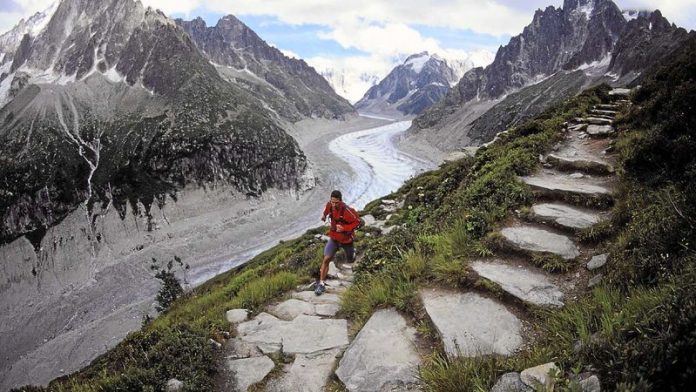 From club runners to Olympians, every athlete has a limit. Scientifically, this limit is defined as the body's lactate threshold and when you exercise beyond it running rapidly becomes unpleasant. We've all experienced that burning feeling – heart pounding, lungs gasping for air – as your muscles begin to fatigue, eventually locking up altogether as your body shuts down.

However, there is one man whose physiological performance defies all convention: Dean Karnazes is an ultrarunner from California and at times it seems as if he could run forever.

Karnazes has completed some of the toughest endurance events on the planet, from a marathon to the South Pole in temperatures of -25C to the legendary Marathon des Sables, but in his entire life he has never experienced any form of muscle burn or cramp, even during runs exceeding 160km. It means his only limits are in the mind. "At a certain level of intensity, I do feel like I can go a long way without tiring," he says. "No matter how hard I push, my muscles never seize up. That's kind of a nice thing if I plan to run a long way."

When running, you break down glucose for energy, producing lactate as a by-product and an additional source of fuel that can also be converted back into energy. However, when you exceed your lactate threshold, your body is no longer able to convert the lactate as rapidly as it is being produced, leading to a build-up of acidity in the muscles. It is your body's way of telling you when to stop – but Karnazes never receives such signals.

"To be honest, what eventually happens is that I get sleepy. I've run through three nights without sleep and the third night of sleepless running was a bit psychotic. I actually experienced bouts of 'sleep running', where I was falling asleep while in motion, and I just willed myself to keep going."

Although supreme willpower is a common trait among ultrarunners, Karnazes first realised that he was actually biologically different when preparing to run 50 marathons in 50 days across the United States back in 2006. "I was sent to a testing centre in Colorado," he recalls. "First, they performed an aerobic capacity test in which they found my results consistent with those of other highly trained athletes, but nothing extraordinary. Next, they performed a lactate threshold test. They said the test would take 15 minutes, tops. Finally, after an hour, they stopped the test. They said they'd never seen anything like this before."

As Laurent Messonnier from the University of Savoy in France explains, the difference is that your aerobic capacity is a measure of your cardiovascular system performance, while your lactate threshold is your ability to clear lactate from your blood and convert it back into energy.

"If you take a high-level runner and you train that guy for a long time, his cardiovascular system will improve until a certain point where it will be very difficult to improve it further, as it's determined by the heart and the blood vessels. So if you carry on training that guy, you will not improve his aerobic capacity but his performance will still improve, because the lactate threshold is not limited by the cardiovascular system – it's determined by the quality of the muscles."

Your body clears lactate from the blood through a series of chemical reactions driven by the mitochondria in your muscle cells. These reactions transform lactate back to glucose again and they are enhanced by specific enzymes.

The clearance process also works more efficiently if your mitochondria have a larger capacity, increasing their ability to use lactate as a fuel.

Karnazes fell in love with running at an early age, and at high school he began to show endurance capabilities that far surpassed those of his peers. At one charity fundraiser, while his fellow runners were able to manage 15 laps of the track at most, Karnazes completed 105. But in his mid-teens he stopped altogether until he experienced an epiphany on his 30th birthday. Gripped by a powerful desire to run once more, he set off into the night. After 15 years of no training, most of us would not have been physically capable of getting too far, but Karnazes did not stop until 48km later. Although the blisters were excruciating, his muscles showed little sign of fatigue.

"Many elite distance runners will show some improvements in their ability to clear lactic acid from the system due to the 'training effect', but that only goes so far," he says. "The rest, as I am told, is left up to heredity. They say the best thing you can do as a long-distance runner is to choose your parents well!"

However, genetics alone does not tell the full story. Karnazes believes that his lactate clearance ability could also be down to low body fat, low sweat rate, a highly alkaline diet and low exposure to environmental toxins. Genetics can give you the propensity for a natural advantage but you express your genes differently depending on your environment and your lifestyle.

The intriguing question is whether Karnazes' lactate clearance ability would be the same now if he had not done so much running at an early age. "If you take two twins – one grows up in Africa and one grows up in northern Europe – their athletic performance will potentially be very different, because they will express their genes differently as the environment, food, everything is different," Messonnier says. – © Guardian News & Media 2013

No jogging: Pavement-pounders get the push in Sierra Leone

Now she’s a runner not a fighter

Running away from pain was first step to Comrades greatness