Olympics 2020: Madrid, Tokyo and Istanbul bids too close to call 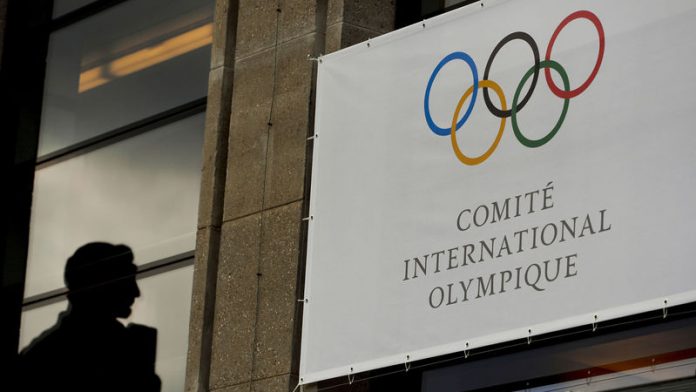 All three bid cities were to have a final chance to woo the IOC members with a 45-minute presentation piece after which the first round of voting would commence.

Madrid looked to have gained a slight edge over its two rivals despite Istanbul having put together the best and most dynamic of their five Games bids, and Tokyo being the only one of the three to have hosted the global sporting showpiece previously, in 1964.

However, all three reached the finishing line of the arduous two-year political marathon battered and bruised and with question marks over all of them.

Madrid will still have to overcome questions about the Spanish economy, Istanbul has to try and banish memories of the heavy-handed treatment of anti-government protestors in June and worries over the potential fallout from the bloody Syrian civil war.

Meanwhile, Tokyo will have to field growing concerns over the leaks of contaminated water from the crippled Fukushima nuclear plant.

They seemingly achieved that goal when the IOC Evaluation Commission gave them the thumbs up for their proposed budget.

With 28 of the 35 venues already built after the failed bids for 2012 (they were third) and 2016 (runners-up) and the infrastructure in place, there is relatively little extra expenditure.

"As the additional investment required to deliver the Games is relatively modest, the Commission believes that the Spanish economy should be able to support the delivery of the Games," read the report.

This, followed by an outstanding presentation in Lausanne to the IOC members in July, handed them the momentum that announced them as potential winners.

Prime Minister Mariano Rajoy, while Leader of the Opposition, has had to sit and grin and bear the taste of defeat through two successive Summer Games votes, and he is keen to deliver this time round.

"Life obviously revolves around material things but we are human beings also and we have feelings and for us what is most important is the people's dreams and fulfilling them," he told AFP in July.

Fighting spirit
Istanbul too have displayed fighting spirit in what has been an emotion-packed campaign as they strive to become the first predominantly Muslim country to host the Games.

Led from the front by the charismatic businessman Hasan Arat they have banged the drum of waking up in Asia and competing in Europe with their city lying on both continents.

For Arat it represents a once in a lifetime opportunity for the IOC.

"The Olympic Movement can open the door to a new culture," Arat, who describes Saturday's vote as the most important day in Turkey's history, told AFP.

"It can bridge Olympic culture to new culture. A new bridge to historical impact, with 8 000 years of history the Olympic Movement is not just giving the Olympic Games to a city – they (the IOC) would be giving hope, trust and peace to a region."

Fortunately for Arat, if there is any residual discomfort from what took place in June, the no-nonsense Turkish Prime Minister Recep Tayyip Erdogan will be present at the presentation to answer such questions.

With that audience, however, he will have to be at his most understanding and sympathetic as an intemperate reply could be disastrous.

Different picture
Tokyo traded on their being the safest, most secure and financially assured of the bids and for long periods that bore out.

However, the almost daily stories of leaks coming from the Fukushima plant – a result of the tsunami and earthquake of two years ago that left over 18 000 dead – has had an impact on the bid.

Naoki Inose, the Governor of Tokyo, though produced a different picture of the situation and in a pugnacious display on Friday said the Japanese Government had things under control.

"With the leaking contaminated water what can we do? Well Prime Minister (Shinzo) Abe said on August 8th that TEPCO should no longer be in charge and measures were put in place. On the 3rd of September $500-million were set aside to tackle this project.

"The entire government is taking responsibility."

The eagerly-awaited verdict is due to be revealed to the world by retiring IOC President Jacques Rogge at 8.30pm GMT. Sapa-AFP