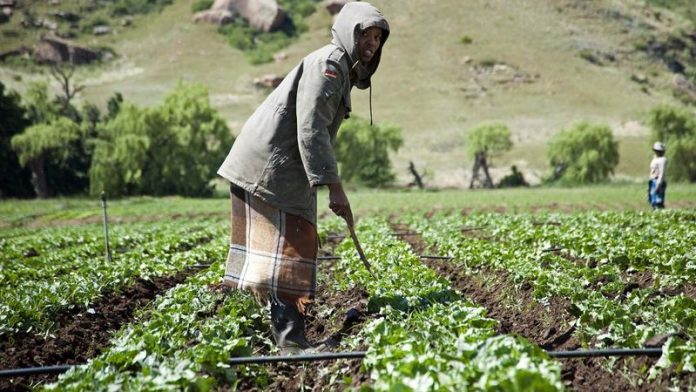 The world’s largest makers of agricultural equipment are looking for more people like Levy Sinyimba in Africa.

The businessperson bought his first tractor, a 60-horsepower model, about three months ago after becoming fed up with paying others to plow his 405 hectares in Zambia. Sinyimba says he knows other farmers who want to do the same.

Almost half the land available for sustainable farm expansion lies in Africa, meaning it can better feed itself and the growing global population if productivity can be boosted.

Dealers for Deere, the biggest farm-machinery maker, are opening new African sites to sell equipment such as the 5503 tractor, its most popular in the region. The $24 000 price is less than a 10th of some of its machines selling in the US.

The companies "are all racing to get there for the next growth wave", Larry De Maria, a New York-based analyst for William Blair & Co, said in a September 5 interview. "It could be a lucrative situation for the equipment makers and solve the potential food shortages in Africa."

Self-sufficiency
A lot has changed in the five decades since Illinois-based Deere entered the continent through apartheid-era South Africa.

Greater political and economic stability and a push by some nations for food self-sufficiency has made the continent more attractive, said Ganesh Jayaram, Deere's vice-president of agriculture and turf sales and marketing for most of Asia and Africa. An abundance of arable, uncultivated land and untapped water supplies also offer "strong tail winds", he said in a phone interview.

Africa has 45% of the land suitable for sustainable agricultural expansion, meaning it isn't protected or forested and has a low population density, according to the World Bank.

Gross domestic product in sub-Saharan Africa will increase 5.6% this year, compared with the 1.2% expansion in the developed world, according to International Monetary Fund estimates.

The value of the African food market may triple to around R9.9-trillion by 2030 on population growth and urbanisation, the World Bank estimates. African machinery demand will rise on the back of that growth while Asia slows, De Maria said.

The level of mechanisation in African farming is still very low. Kenya had 25 tractors per 100 square kilometres of arable land in 2009 while Nigeria has almost seven, according to the most recent data from World Bank. That compares with an average of 271 machines in the US.

The size of the farm-equipment market in Africa will be about 24 000 to 30 000 machines in 2013, according to Duluth, Georgia-based tractor maker Agco. By comparison, US industrywide tractor sales were 137 776 this year through August, according to the Association of Equipment Manufacturers.

Africa was largely bypassed in the last few decades by the green revolution, the name given to the series of improvements in grain and fertiliser technology and in irrigation that boosted crop yields in Asia and Latin America. Sub-Saharan Africa has the biggest gap between actual and potential yields, according to the World Bank.

Learning centre
In Nigeria, the continent's most populous country, only 40% of arable land is cultivated. It plans to stop importing rice by 2015. Agriculture is Nigeria's "new frontier for growth", its President Goodluck Jonathan said in July.

As in much of Asia, African farmers work small lots, limiting their access to financing. An average of 1.1 tonnes of grain per hectare was reaped from 2008 to 2010 in the sub-Saharan region, roughly one-third of the world average, partly because farming technology is costly and under-utilised, the US department of sgriculture said in a September 2012 report.

To address those issues, Agco has opened a 150-hectare learning centre and farm near Lusaka, the Zambian capital, to train local farmers and dealers in modern farming technology. According to Agco, 65% of African farmers work manually. Deere and CNH also help with training.

"The demand for technology is growing," Nuradin Osman, Agco's director of operations for Africa and the Middle East, said in a phone interview from Switzerland. "The demand for higher horsepower is growing."

Agco, the third-largest farm equipment maker, already has 150 to 200 dealer outlets in Africa. It has opened a parts distribution centre in Johannesburg and has started assembling Massey Ferguson tractors in a joint venture in Algeria.

Next year, the company plans to introduce 15 new products for the African market including planters, harvesters and storage units, chairperson and chief executive Martin Richenhagen said. Agco may add to the $100-million it has already committed to investing in Africa, he said.

Deere had 30 dealer locations in East, West and Central Africa excluding South Africa in 2010, and according to Jayaram, the number will double this year. Deere set up a parts distribution centre in South Africa in 2012 to serve the whole continent and has tripled its parts inventory in Africa in the last few years.

US decline
Dealers for CNH, the second-largest farm equipment maker, have added 20 to 30 new sites in the last three years for a total of about 300 sales and service locations, said Diego de la Calle, the business director in Africa for Case IH and New Holland equipment. It plans to continue expanding, particularly in distribution in West Africa.

"There is substantial growth for farming equipment, for more mechanisation," De la Calle said. "The trend has intensified in the last three to five years."

Africa still accounts for a small slice of business at Deere, where sales in Canada and the US represented 64% of revenue in its last fiscal year, according to data compiled by Bloomberg.

That core business is facing pressure after prices for corn and soybeans dropped. US farmers' cash receipts, the main indicator for agricultural machinery purchases, will fall 5.5% to $211.1-billion this year, the US department of agriculture said on August 27.

Deere's sales will dip 0.5% in the year through October, according to the average of 17 analysts' estimates compiled by Bloomberg.

In Africa, the big three face stiff competition from Asian players who are more established in that market. The tractor bought by Sinyimba, the businessperson with four farms in Zambia, was made by India's Mahindra & Mahindra, he said.

"I have never heard about the American tractor brands, but I believe they must be expensive," said Dennis Kamoga (34), who plans to start farming in Mpigi district about 30km west of Kampala, Uganda. While he currently has no plans to buy a tractor, Kamoga said that if he were to do so, "I would go for those from Asia as they are cheaper and their spare parts are readily available."

'Strong opportunities'
Most tractors sold in Africa are have less than 100 horsepower, according to Deere's Jayaram. The company's 55 0375-horsepower model, made in Pune, India, is its bestseller in Africa, according to Afgri Equipment, a Deere dealer.