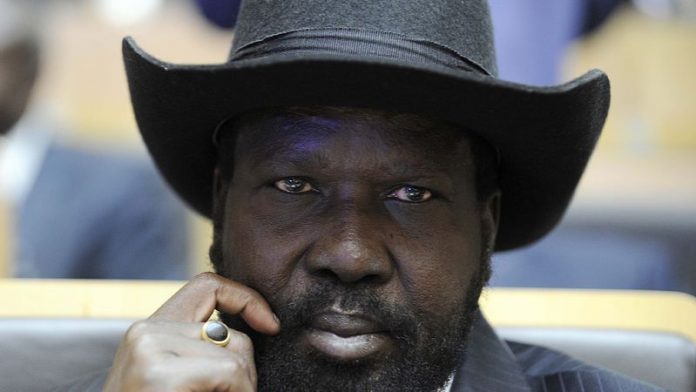 Telsach Gad, a teacher in South Sudan, had high hopes for a better life when his country became independent in 2011 after decades of civil war with Khartoum. Two years later, he has lost all illusions.

"The government hasn't done anything to develop the country," the unemployed Arabic instructor said, sitting with other jobless young men in a makeshift roadside café in the capital Juba. "We don't have jobs, schools, hospitals."

Western donors and the UN have poured billions of dollars into South Sudan, which won independence after decades of war with northern rulers in Khartoum, becoming the world's newest country and a large African oil producer in its own right.

Nobody ever thought it would be easy to transform one of the world's least developed countries into a functional, prosperous state, but the performance of the former bush fighters as rulers has fallen short of even the most modest expectations.

President Salva Kiir is facing growing dissent from the streets and from inside his ruling party. Critics say the newborn nation is facing the same ills that always plagued the old Sudan — corruption, a lack of public services and repression of government opponents and the media.

Two weeks ago, small protests broke out in Juba against the deteriorating security situation. While nobody regrets secession, half the population feels South Sudan is heading in the wrong direction with poverty and crime rising, according to a poll by the International Republican Institute.

"People are upset. Everyone is upset," said Deng Athuai, head of the South Sudan Civil Society Alliance, which promotes the rule of law. "Nothing is going right."

The absence of a real opposition party means widespread grievances find no outlet through the political system, but the calmness in Juba's dusty streets is deceptive. Many are afraid of the powerful security services and people are reluctant to discuss corruption in detail.

Instead of protesting, many flock to the churches to vent their anger. "People call all the time to set up counselling sessions," said Caesar Ojja, pastor at the Pentecostal Church.

Ojja said he heard more and more people talking about suicide due to unemployment and poverty. "People have problems and they don't know how to solve it," he said. "People are afraid to take to the street."

Responding to popular frustration, Kiir in July fired his Cabinet, many of whose members had been accused of corruption and incompetence. He also removed Vice-President Riek Machar and SPLM secretary general Pagan Amum, his main political rivals.

Kiir consolidated power with the sackings but the ruling Sudan People's Liberation Movement (SPLM) will likely split as Machar and Amum have higher ambitions, said Nhial Bol, editor of the independent Citizen newspaper. Machar wants to challenge Kiir for president, while Amum has filed a lawsuit against being investigated on Kiir's orders for "disloyalty".

Bol said things could turn violent if the government failed to hold elections in 2015 as planned. An understaffed election body is struggling to organise a census and register political parties.

With only weak institutions in place, the country might break up along ethnic lines, as in the civil war when Kiir and Machar were opponents, according to a study by the Sudd Institute, a local think thank.

"If the cracks take ethnic lines and violence ensues as a result, the state may become dysfunctional, giving way to a large-scale ethnic violence," the report said.

Signs of disintegration can be already seen in the central Jonglei state, where army abuses have fuelled a rebellion by a leader of the small Murle tribe. Soldiers have looted aid agencies and fighting has cut off tens of thousands of people from aid, according to the UN.

Stability in South Sudan is vital for Asian buyers of its crude oil and for neighbouring East African nations such as Kenya and Uganda, which became swamped with refugees during the civil war.

The government has earned more than $10-billion from oil sales since the 2005 peace deal with Khartoum but no power utility has been built with state money.

About $5-billion was stolen, and Kiir had to write to 75 former and current officials last year, asking them to return the money. Diplomats said no significant amounts were repaid.

While it was always clear it would take time to build hospitals, diplomats say time was wasted in passing basic legislation. Until recently there were no functioning immigration laws, which allowed the influx of thousands of unskilled workers from Kenya and Uganda competing with an army of unemployed locals.

Officials are working in new buildings with regular power supply but some ministries are not efficient, diplomats say. The electricity ministry — also known jokingly as the "ministry of darkness" — for example has only three trained staff — the minister, his undersecretary and a director general. The rest await training and guidance on what to do.

The oil ministry only functions thanks to assistance from Norway, which is also helping to pay for the construction of the first power plant. Oslo also built the ministry complex.

Western donors and Asian oil firms have helped avoid state collapse by giving grants during a 16-month oil shutdown with Sudan caused by a row over pipeline fees and border territory.

Now oil is flowing again but the output is down 50% as it takes time to restart wells, leaving little room for development.

"As long as peace with Sudan holds the government can manage to pay the army," said a Western diplomat. "But if there is a new conflict they would struggle and need new grants."

Half of the budget goes to the army but cutting military spending is impossible due to the tense situation in Jonglei.

Under pressure from donors, Kiir has slashed 10 ministries and vowed to fire his Cabinet again if ministers do not perform.

"After three months if you don't have a work plan, you have nothing to deliver, I will not keep you," Kiir told his new lineup last month.

While the SPLM can do little about the lower oil production it makes the situation worse by ignoring the talent of South Sudanese who grew up abroad. They have much-needed skills but struggle to land jobs in ministries because veterans from the civil war see them as traitors.

"I don't feel like I fit in the system, coming with all the degrees. They don't see us as fit," said 27-year-old Mer Ayang, who graduated in South Africa and now works in a bookshop.

"I feel like there is a cold war between the two generations in terms of running the country," she said. – Reuters