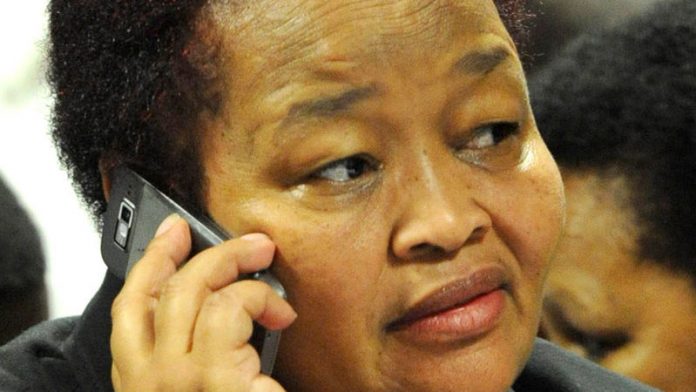 Premier Sylvia Lucas's office on Sunday defended the use of her government credit card to purchase over R50 000 on fast food during her first 10 weeks in office.

Lucas was inaugurated as premier on May 30, replacing education MEC Grizelda Cjiekella, who had acted as premier following the collapse of former premier Hazel Jenkins during her 2012 state of the province address.

According to a Sunday Times report, among other expenses, Lucas used her credit card to spend R26 565 on food in one month alone. In August she spent a further R11 956 on food in Kimberley, where she lives.

Her credit card was used to buy food at fast-food outlets like Spur, Mike's Kitchen, KFC, Wimpy and Ocean Basket.

Responding to the report, spokesperson for the premier's office Monwabisi Nkompela said Lucas's spending was "not excessive" and was "totally blown out of proportion".

"The premier, just like all members of the [provincial] executive council, is entitled to a credit card facility to assist them in performing their duties. The usage of it is guided by the Ministerial Handbook and national and provincial treasury regulations.

"The expenses around food are for when she convenes meetings or travels long distances," he said.

More than R2 000 was spent at the local Spar, which Lucas told the Sunday Times was "close to her home". She also said that she travelled long distances and needed to purchase water and Powerade.

"How would we have eaten if we didn't use taxpayers' money?" she told the paper.

Nkompela said the manner in which the story was reported had made it seem like Lucas's spending habits were at the expense of the poor in the province. He said this was "malicious".

Investigating the leak
The premier will have to investigate who leaked the information to the Sunday Times, should it emerge that the leak came from within that office, he added.

"We can't confirm whether there was a leak, but it is shocking that information of that nature is in the hands of a journalist. And how did she access it? That is something the premier will have to investigate."

Meanwhile, also on Sunday, it emerged that the chief of staff in Lucas's office, Ramona Grewan, was "redeployed" to another department.

But Nkompela said he did not know if this was linked to the Sunday Times's exposé, and said there was nothing untoward about it.

"It's nothing new and it's nothing strange. Politicians are allowed to work with people they feel comfortable with. That is normal practice," Nkompela said.

'Untested' allegations
Lucas came under fire soon after her inauguration, when she reshuffled her provincial cabinet but did not remove MECs facing criminal charges.

John Block, the ANC's provincial chairperson and the MEC for finance, economic development and tourism, faces criminal charges in both the Intaka and Trifecta corruption scandals.

Alvin Botes, the MEC for co-operative governance, human settlements and traditional affairs, is Block's co-accused in the Trifecta affair, along with ANC MP Yolanda Botha.

ANC spokesperson Keith Khoza on Sunday said the party could not respond to "untested" allegations.

"These things come up in the media as allegations, but they haven't been tested, so it's difficult for us to respond comprehensively as the ANC," Khoza said.