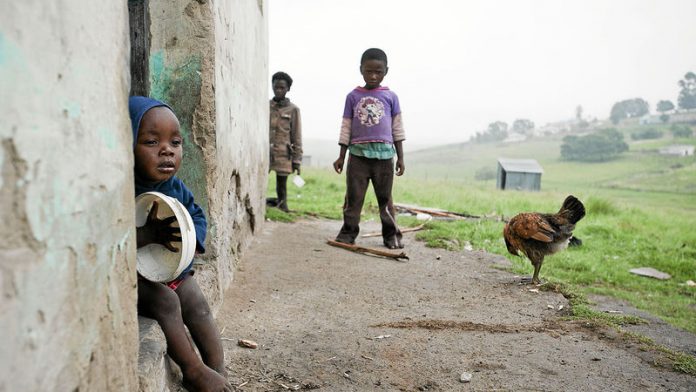 South Africa has been given last place in a study measuring the long-term ­sustainable development of 31 countries, despite three African countries making it into the top 10.

Global banking and investment company Standard Chartered Bank this week launched its Standard Chartered Development Index which that makes use of a number of measures including gross domestic product (GDP) per capita, education, life expectancy, environmental health and the sustainability of the environment to assess the long-term development potential of a country.

South Africa received the lowest score overall, based largely on a fall in life expectancy over the review period 2000-2012 and the long-term sustainability of its environment.

Saudi Arabia was in 30th place and Russia came 29th, based on its human-health rating.

China, which was buoyed somewhat by its GDP scores and its ­investment in education, was brought down by other categories like declining life expectancy and environmental health (which includes air pollution and the availability of fresh water), taking it to 22nd place.

But, it still scored a point higher than South Africa when it came to environmental health.

The study did note that most of the top-ranking countries were low-income countries, which means they have potential for rapid GDP growth and greater catch-up potential in environmental health, life expectancy and education, which would influence their rating against more ­developed countries.

The study also found, however, that most advanced economies had grown “slowly, if at all, since 2007”.

It found that, compared with other African countries, South Africa had a higher GDP and less catching up to do, but performed weakly on all the other measures.

South Korea, in third place, was rated a “stand-out performer”.

Despite being a developed country, it scored well on GDP growth, environmental health and education, areas where it already had high scores.

Showing improvement
Over the 12-year review period, Ghana and Uganda showed improvements in environmental health, life expectancy and education, while Bangladesh, Egypt, Indonesia, Thailand, Turkey, Vietnam and Kenya all made good progress in two of these categories, the study found.

Developing countries’ performance declined between 2000-2012 when it came to protecting the environment, while developed countries showed improved performance.

John Calverley, the head of ­microeconomic research and the author of the report, said that the index sought “to provide answers for global policymakers who are looking beyond maximising economic growth at ways to define, quantify and achieve sustainable development”.

“The idea that GDP growth is not the only thing worth pursuing is far from new. It has become much more widely recognised and researched in recent decades.

“Our report and the measures within the index highlight the point that, as countries become more wealthy and middle classes grow, these (for other issues) become high priorities and are implemented via regulation, government spending or stakeholder insistence.”

The study found that, in general, GDP growth in Africa and India had lagged behind that of China, “but most of these countries [with the notable exception of South Africa] have made faster progress on environmental and human health”.

Indonesia, Vietnam, Thailand and Singapore had all managed to increase the number of years of schooling their citizens completed through increased investment over the past decade, the report said.

The picture was more mixed in the Middle East, with Egypt, Turkey and the United Arab Emirates (UAE) making strong gains on environmental issues such as air quality, while Egypt, Turkey and Saudi Arabia performed well in education.

The study said the UAE’s GDP per capita had declined, “reflecting high immigration, particularly of low-skilled workers in areas such as construction”.

Brazil scored well in education, while Mexico, in 19th place, made gains in health and education.

Calverley said issues remained regarding the distribution of income and meeting the need for environmental sustainability across many of the markets in Asia, Africa and the Middle East, but the research indicated strong levels of awareness of governments, international and nongovernment agencies to formulate policies to address these problems.