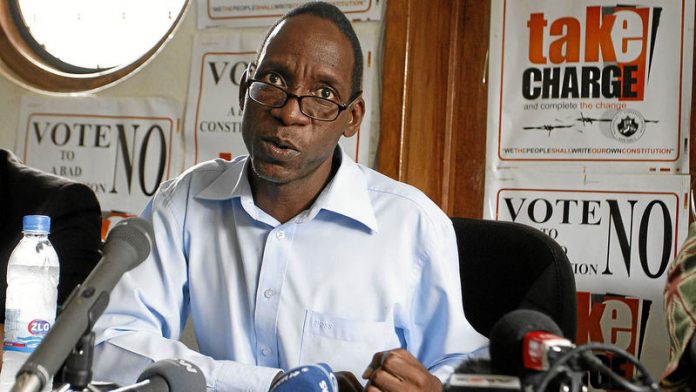 This week, the popular National Constitutional Assembly (NCA) hung up its gloves after 16 years as a constitutional lobby group and transformed itself into a political party, bringing yet another player to Zimbabwe's political landscape.

NCA spokesperson Blessing Vava said the party already has structures in all the country's 210 constituencies and would make a bigger impact as a party. Political analysts, however, believe there are too many parties and that the NCA will ­struggle to dislodge Zanu-PF.

Fifteen political parties participated in the 2013 general elections but only Zanu-PF, and the two Movement for Democratic Change (MDC) parties managed to get ­parliamentary seats.

"What would be ideal is for the parties to unite and tackle Zanu-PF as a united front. The NCA will only serve to further fragment the opposition, because it is likely to eat into the MDC's support base," said political analyst Dumisani Nkomo.

"The party will probably get some support, but I don't think it can defeat Zanu-PF. What is needed is more pressure groups as opposed to more opposition parties."

Alexander Rusero, a political commentator and lecturer at Harare Polytechnic College, was less positive, saying Madhuku's party would not make any significant impact.

Natural death
"They will die a natural death like ZUM [Zimbabwe Unity Movement] because the political environment has not permitted for a third a force. Politics in Zimbabwe, even during the liberation struggle, has largely been binary," he said.

"The coming on board of NCA is good for democracy, but people in Zimbabwe are not used to multi­party democracy, so in terms of vibrancy and relevance, I doubt they will make a significant impact."

Rusero said the NCA wanted to take advantage of the fact that the MDC was at its weakest point since its formation in 1999, after an electoral defeat that has led to infighting in the party.

Pressure group
He said the NCA should have remained a pressure group that would keep the government on its toes on constitutional matters.

Earnest Mudzengi, a director at the Media Centre, said while the NCA could capitalise on problems in the MDC, it has a lot of work to do.

"They could be a significant player depending on their thrust. The people of Zimbabwe have suffered a lot economically and socially, so if they come up with the right programmes, people may be attracted to them," he said.

"We will, however, be able to judge them after their congress when they become a fully-fledged party. They will have to attract other people who are outside the NCA for them to be a factor."