The elusive rationale behind the Mo Ibrahim prize 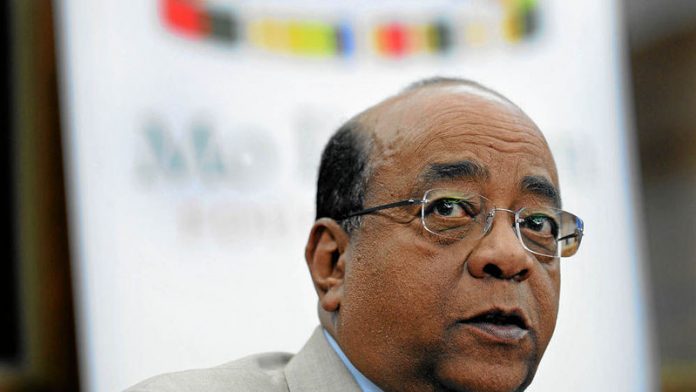 Not many African leaders – serving or retired – would have cried at the news that the Mo Ibrahim Foundation won't be handing out its annual prize for excellence in African leadership this year. Most of them must have more than the $5-million prize money stashed away and good governance is not necessarily at the top of their priorities.

For obvious reasons, that democrat of note, President Robert Mugabe, didn't get the prize – instead of retiring he opted to run for a sixth term as president in Zimbabwe's July elections (the award is not given to leaders who are still in office).

Neither did the prize go to Egypt's former president and member of the Muslim Brotherhood Mohammed Morsi, who was democratically elected but undemocratically chucked out of office in July. Given the bloody circumstances in which he was ejected and the subsequent military clampdown on his supporters, surely recognition of this Muslim democrat would have been of salutary effect.

"After careful consideration, the prize committee has determined not to award the 2013 prize for excellence in leadership," said Salim Ahmed Salim, chair of the prize-giving committee. Previous recipients of the prize are former presidents Pedro Pires of Cape Verde (2011), Festus Mogae of Botswana (2008) and Joachim Chissano of Mozambique (2007).

When asked why the prize hadn't been awarded for a second consecutive year, Mo Ibrahim, the billionaire sponsor of the award, fudged the question, saying: "Let's respect the integrity of the prize committee and let them do their work." Perhaps he was thinking that he could transfer the prize money into an offshore bank to earn some healthy interest.

Ibrahim, who was born in northern Sudan in 1946, lives in the tax haven of Monaco, where he spends nine months of the year. He has houses in Khartoum, Cairo and London, where he spends no more than 50 nights a year to protect his foundation's tax status.

The prize is arrived at by an algorithm-based formula involving three key factors: the former leader should have been democratically elected, he or she should have served a constitutionally mandated term and should have demonstrated excellence in leadership during their time in office.

The foundation has its own researchers but makes use of information provided by the World Bank, Amnesty International, the United States State Department and the World Health Organisation. Are we surprised that, using such a Western frame of reference, the foundation rated Tunisia as the eighth-best-governed country a year or so before the country's president, Zine el Abidine Ben Ali, was forced out of office by young Tunisians.

The prize is rather famous for who it has not been awarded to. A conspicuous nonwinner is former South African president Thabo Mbeki.

The Ibrahim prize invites obvious questions, such as: Why reward someone for doing their job? Why reward someone after they have left office? Surely the most effective incentive would be to reward leaders while they are still in office.

A Twitter cynic noted that it isn't much of a carrot to say to an African dictator: "Be good in office and we'll give you $5-million afterwards", when he could be helping himself to hundreds of millions of dollars in state bounties.

Ibrahim counts Bono of rock band U2 as an associate and sits on the board of Bono's nongovernmental organisation, One. The organisation's tagline is "Join the fight against extreme poverty". But it's difficult to take any person who keeps Bono's company seriously – the Bono who Irish scholar Harry Browne described as someone who has spent his advocacy time "amplifying elite discourses, advocating ineffective solutions, patronising the poor and kissing the arses of the rich and powerful".

Some uncharitable people could accuse Ibrahim himself of some of these things.