Madonsela to investigate City Power tender, despite internal ‘all clear’ 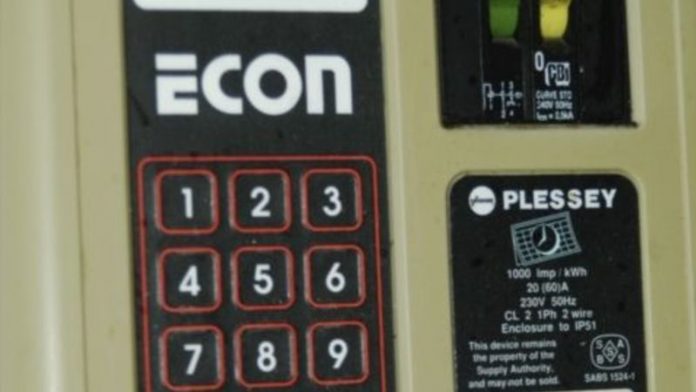 An "independent" probe has "cleared" Johannesburg City Power of corruption in the awarding of a R1.25-billion tender for smart electricity meters, it said on Tuesday.

"The independent investigation … has found no evidence of fraud or corruption in City Power's tender process for the procurement of smart meters," City Power board chair Frank Chikane told reporters.

"The City Power managing director [Sicelo Xulu] … has been cleared of all allegations of impropriety in the tender process."

But the power utility's findings must now be forwarded to public protector Thuli Madonsela for further investigation.

In January, the Mail & Guardian reported that the tender process had allegedly been manipulated to favour businessperson Vivian Reddy's Edison Power Group.

'Friends'
The tender was awarded to the company in September last year.

Reddy helped President Jacob Zuma with the first stage of upgrades at his Nkandla homestead in KwaZulu-Natal.

The M&G stated that Xulu was "friends with Zuma".

It also reported that an initial technical evaluation scoresheet was amended to improve Edison Power's result, and that a letter informing Edison it had won the tender was dated before the City Power supply chain management received the bid recommendation.

The report stated that there was no evidence suggesting foul play on the part of Reddy or Edison.

"These allegations were made, we asked for evidence and we couldn't get the evidence," Chikane said.

"To have a sense of comfort ourselves, we felt it was important to get an independent panel to look at the whole tender from A to Z."

He said City Power made all its information available to the panel, including a forensic audit of the tender by City Power's own KPMG auditors.

"They had access to any staff [member]. They even accessed people who already left the company," Chikane said.

Despite launching the probe 10 months ago, City Power did not stop procuring the smart meters from Reddy's company.

Reports
The M&G reported in August that City Power had committed itself to buying more than R450-million worth of meters from Edison, approaching half the total contract's value.

The panel found that there was no irregularity in the awarding of the contract and that there were no "material discrepancies" between the final scoring and the information provided in the bid documents.

It also found no impropriety in the process of notifying the successful bidder of the contract.

But Chikane conceded that the tender was not problem-free: "There were certain failures in terms of processes which are not related to the actual bid process.

It means you could have some error somewhere or failure somewhere else, but that has nothing to do with … who gets a particular tender," Chikane said.

"The panel found those weaknesses as not sufficient to warrant setting aside a tender."

He said the panel's report found there were procedural and policy "issues".

Chikane said City Power was pleased Xulu had been cleared of wrongdoing.

"This was … almost like an attempt to destabilise the system, because if you attack the MD you are attacking the head of an organisation."

To the protector
Member of the mayoral committee for the environment, infrastructure and services department Matshidiso Mfikoe said the report would be submitted to the public protector.

"The city and the board of the company have agreed that we will submit a report to the public protector as she has requested a report so that it assists her in her investigation,' she said.

"As we know … the issue [has been put] on her table for investigation."

She confirmed that the smart meter programme did not stop during the probe.

Xulu said the target would be reached.

"We will certainly meet the deadline. What we have done … is that we actually we installed 2500 large power user meters. We also installed 500 meters in Ferndale," he said.

"For this financial year, we will be rolling out about 15 000m after we have completed the business trial …We are looking at Ferndale, as we have said, Craighall, Northcliff, Parktown and Houghton."

A smart meter allows City Power to remotely see a consumer's electricity usage. It allows it to track and monitor usage in real time.

Chikane said: "We can see your consumption of your geyser.

"It [the meter] is very sophisticated stuff. I think it will tell you everything. It is interactive and will be able to save money.

"That meter will enable us to see you trying to connect illegally. We can actually sort you out immediately." – Sapa & M&G reporter

Defiant backers of the former eThekwini chairperson and mayor, who has appeared in court over corruption charges linked to a tender, face disciplinary action over ‘divisive’ court protest
Read more
Business

The Special Investigating Unit is probing contracts worth more than R5-billion, over corruption allegations regarding the procurement of goods and services needed for the government’s Covid-19 response
Read more
National