Privatisation of prisons has ‘failed’ 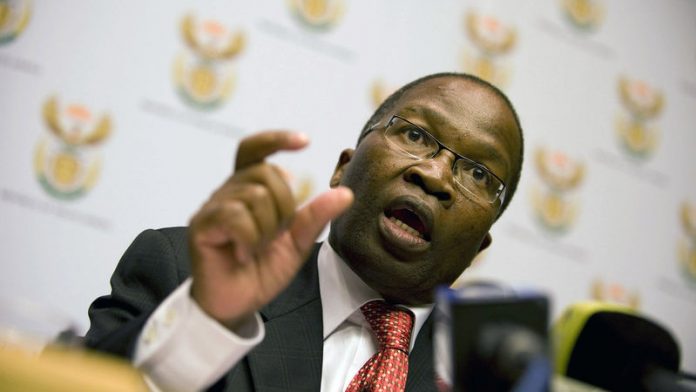 Correctional Services Minister Sbu Ndebele told Parliament on Tuesday that the privatisation of prisons in South Africa has failed. Mangaung prison, which was being run by global security firm G4S, was not delivering the required results, he said.

Ndebele had previously announced that he would "leave no stone unturned", following an exposé in the <em>Mail & Guardian</em> on October 25 that revealed the prison was ­allegedly forcibly injecting inmates with antipsychotic medicine and using electroshock treatment to ­subdue prisoners.

G4S denies the allegations. An investigation by the departments of correctional services and health and the police is expected to be completed in the next 10 days.

Umesh Raga, the national manager of legal services for the Inspectorate for Correctional Services, told Parliament that the inspectorate was conducting its own investigation into the alleged abuse of inmates at the prison. According to Raga, the medical staff at the prison hospital have admitted that inmates at Mangaung prison were injected because "in a normal psychotic situation in a hospital, these things are permissible".

Raga did not know if the staff were referring to forced or regular medication of psychotic inmates. The inspectorate team only managed to track down one inmate, who was injected in 2005.

However, in video footage shot by the prison's emergency security team and leaked to the Wits Justice Project, inmate Bheki Dlamini is shown being injected – allegedly against his will – on May 24. He shouts, "I am not an animal", as five men with G4S logos on their uniforms twist his arms behind his back and drag him to a room where a nurse is called. His medical file reveals he is not psychotic.

Five inmates have signed affidavits describing how they were given medication against their will. An additional 13 prisoners have related to the Wits Justice Project how they were ­forcibly injected by prison staff. Fourteen ­dismissed members of the ­emergency security team told the Wits Justice Project that they would help to forcibly administer ­medication up to five times a week.

In a right of reply article published last week in the <em>M&G</em>, G4S's Africa president, Andy Baker, denied forced medication took place at the prison. "G4S staff members do not have access to, nor do they prescribe or administer any medication," he wrote. He believes that Mangaung prison is an excellent example of a public-private partnership.

The prison's descent into chaos after two unprotected strikes, however, culminated in a takeover by the department of correctional services last month, because G4S "had lost control over the prison". One of the reasons the department had to step in was the deployment of unqualified staff by G4S.

Baker disputes this. "Contrary to some media reports, all staff members deployed during the incidents were trained."

The department stated in a press release that it was legally required to intervene because G4S had replaced the dismissed staff with uncertified workers, which is unlawful. Baker further claimed that G4S had requested the intervention. The department denies this, as the takeover is not dependent on a request, but grounded in the Correctional Services Act, which stipulates that the government has to take over if the contractor (G4S in this case) has lost effective control of the situation in the prison.

Baker also wrote that the prison has never illegally segregated inmates. A 2010 confidential departmental report, however, lists 62 inmates who were placed in isolation cells for up to three years. In April, correctional inspectors contacted the prison management to ask for further information about these inmates. In correspondence seen by the Wits Justice Project, the management fails to explain the practice, although it is legally required to do so.

After the Wits Justice Project wrote about the illegal segregation in City Press, an internal memo was distributed among G4S staff. The memo instructed employees not to speak to the Inspectorate for Correctional Services and informed them that the detention of inmates in isolation cells for lengthy periods was terminated because it is not in accordance with the law.

G4S was awarded a 25-year contract to construct, run and manage the prison in 2000. According to department of correctional services spokesperson Logan Maistry, the entire contract will cost the state R15-billion.

Vincent Smith, chair of the portfolio committee on correctional services, was not pleased. "It irks me that this prison is costing this much money. We need to review this."

‘If the ANC fails to lead us, we will opt for legal action’