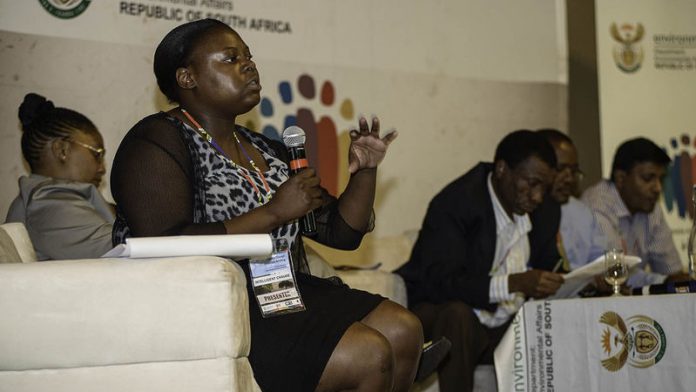 An effective response to climate change depends on measures as comprehensive as the causes of what has, largely, been accepted as a global threat to life as we know it.

Such a response can therefore be expected to be of a long-term nature as industries and society adjust to new priorities that require a concerted shift away from excess and wastage.

The government’s vision has been captured in the department of environmental affairs’ national climate change response strategy that outlines the over-arching priorities and strategies needed to meet global targets.

This document sets out its main objectives as effectively managing the inevitable impact from climate change by introducing effective response capacity, while helping the country contribute to the global effort to stabilise greenhouse gas emissions in a sustainable manner.

Given South Africa’s other pressing concerns such as socioeconomic development, poverty and job creation, the strategy acknowledges that the strategy cannot be viewed in isolation.

The objections from the business sector to the proposed carbon tax, for example, demonstrates the difficult balancing act that the country has to try achieve.

These objections centre on the added cost to doing business and growing the economy, which developed nations arguably are better placed to do.

The department’s strategy acknowledges this, to some extent, by focusing efforts on adapting consumption and patterns across a range of sectors in which its objectives can be achieved.

Sectors that have been identified in this plan that require attention in the short term include water, agriculture and forestry, health, biodiversity and human settlements.

The meat of the government’s plan is contained in the national climate change response policy that attempts to balance South Africa’s contribution to the international effort to curb global emissions with the economic and social opportunities that emerge from a lower-carbon economy and the need to tackle its developmental challenges.

This strategy has identified seven key elements in the department’s mitigation approach, starting with using a National Greenhouse Gas Emissions Trajectory Range against which the collective outcome of all mitigation actions will be measured.

The overall goal in this respect is to contribute to the global effort to limit anthropogenic climate change to less than 2?C above pre-industrial levels.

The specific objectives set out in the document aim to limit the country’s greehouse gas emissions peak between 2020 and 2025 in a range with a lower limit of 398 megatonnes and upper limits of 583 and 614 megatonnes for 2020 and 2025 respectively.

It is projected that from 2036 onwards, emissions will decline in absolute terms to a range with a lower limit of 212 megatonnes and an upper limit of 428 megatonnes by 2050.

This will be backed up by a carbon budget approach that provides flexibility and least-cost mechanisms for companies in these sectors, while also requiring companies to submit mitigation plans that detail how they intend to reduce their emissions.

The department says this process will also define a mix of measures to facilitate the achievement of the desired emission reduction outcomes, while bearing in mind impact on employment and sustainable developmental benefits.

It says it will do so in a manner that is tailored to the peculiarities of the different industry sectors.

A range of economic instruments will also be introduced to support and promote greenhouse gas emission reduction, including the economic incentives and the appropriate pricing of carbon.

In this respect, a carbon tax is key to South Africa’s transition to a lower carbon ecomony.

The last leg of the mitigation strategy is to put in place a national system of data collection that will provide emissions data in the form of a greenhouse gas inventory and a monitoring and evaluation system to monitor progress towards achievement of the emission reduction objectives.

The department of environmental affairs’ national climate change response strategy has identified eight near-term priority flagship programmes that it expects to deliver emission reduction outcomes within two years of the publication of its policy.

These include:
• The climate change response public works flagship programme that will consolidate and expand the expanded public works programme (EPWP) and its sector components. An example of the biodiversity impacts derived from EPWP investment is the large-scale planting of the Spekboom on degraded public and private land to re-establishing portions of the Thicket Biome in the Eastern Cape.

• The transport flagship programme will facilitate the development of an enhanced public transport programme to promote lower-carbon mobility in five metros and in 10 smaller cities and create an efficient vehicles programme to promote improvements in the efficiency of the country’s vehicle fleet by 2020. This will be supported by a rail re-capitalisation programme to facilitate passenger modal shifts and the shift of freight from road to rail.

• The adaptation research flagship programme will result in the design and roll-out of a national and regional research programme to scope sectoral adaptation requirements and costs and identify adaptation strategies.

This article forms part of a supplement paid for by the GIZ, department of environmental affairs and partners. Contents and photographs were supplied and signed off by the dpartment