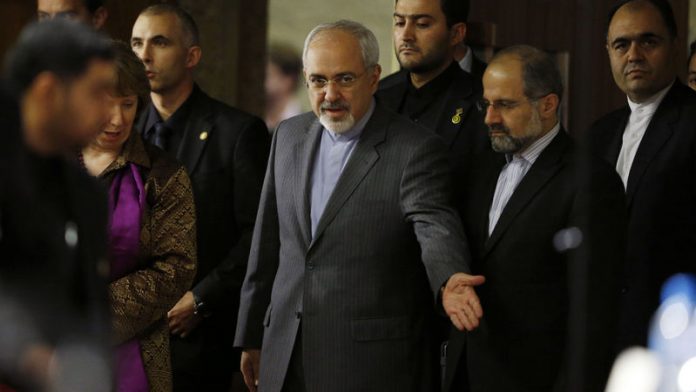 Iran and six world powers failed in marathon talks to clinch a deal to curb Tehran's nuclear programme but said differences had narrowed and they would resume negotiations in 10 days in a fresh bid to end the decade-old stand-off.

But clear divisions emerged among the US and European allies on the final day of the talks as France hinted that the proposal under discussion did not sufficiently neutralise the threat of an Iranian nuclear bomb. Iran is hoping for a deal that would ease the international sanctions that have frozen its assets around the world and prevented it from selling its oil.

It is ultimately the Americans and Iranians, who have not had formal diplomatic ties for more than three decades, who have the power to make or break an agreement.

But on Saturday the attention suddenly turned to the French after Foreign Minister Laurent Fabius told France Inter radio that Paris could not accept a "fool's game" — in other words, a weak deal with Iran.

"From the start, France wanted an agreement to the important question of Iran's nuclear programme," Fabius told reporters after the meeting, which ran into the early hours of Sunday.

"The Geneva meeting allowed us to advance but we were not able to conclude because there are still some questions to be addressed," Fabius said.

Fabius' pointed remarks rankled others in the Western camp. One diplomat close to the negotiations said the French were trying to upstage the other powers and were causing unnecessary trouble for participants in the talks, which are aimed at securing a deal with Iran that has eluded the West for a decade.

"The Americans, the EU and the Iranians have been working intensively together for months on this proposal and this is nothing more than an attempt by Fabius to insert himself into relevance late in the negotiations," the diplomat told Reuters, speaking on condition of anonymity.

Kerry played down suggestions of a rift, saying, "I think tonight there is a unity in our position and a unity in the purpose as we leave here."

Kerry told reporters that an agreement could be within reach.

"There is no question in my mind that we are closer now as we leave Geneva than we were when we came and that with good work and good faith over the course of the next weeks, we can, in fact, secure our goal," Kerry said.

But he warned Tehran that Washington's desire for a diplomatic solution to the long-running dispute over Iran's nuclear programme was not infinite, saying the window for diplomacy "does not stay open indefinitely".

Ministers from Iran and the major powers held a series of meetings late on Saturday in a final push for an outline of a deal that would freeze parts of Iran's atomic programme in exchange for sanctions relief. In the end, however, they chose to adjourn for 10 days.

Ashton and Iranian Foreign Minister Mohammad Javad Zarif said they hoped an agreement would be signed later this month.

"We have done some intense negotiations and discussions and our objective is to reach a conclusion and that's what we will come back to try and do," Ashton told reporters.

Zarif said: "We had a very good three days, very productive three days, and it is something we can build on."

The latest talks began on Thursday and Kerry unexpectedly arrived on Friday to help bridge differences and secure an agreement. From the time he arrived in Geneva, Kerry played down expectations of a deal.

Zarif, asked about the role Fabius played in the talks, did not criticise the French minister, saying disagreements at this stage of the negotiations were to be expected.

"It was natural that when we start dealing with the details there will be differences of views and we expect it," he said. "I am not disappointed at all because the meeting we just had … was a good meeting.

"I think we are all on the same wavelength and that is important and that gives us the impetus to move forward when we meet again next time."

The main sticking points in the talks include calls for a shutdown of an Iranian reactor that could eventually help to produce weapons-grade plutonium, the fate of Iran's stockpile of higher-enriched uranium and the nature and sequencing of relief from economic sanctions sought by Tehran.

The powers remain concerned that Iran is continuing to amass enriched uranium not for future nuclear power stations, as Tehran says, but as potential fuel for nuclear warheads.

They are searching for a preliminary agreement that would restrain Iran's nuclear programme and make it more transparent for UN anti-proliferation inspectors. In exchange, Tehran would obtain phased and initially limited relief from the sanctions throttling the economy of the giant Opec state.

One concession under consideration is the disbursement to Iran, in installments, about $50-billion of Iranian funds blocked in foreign accounts for years.

Another step could be temporarily relaxing restrictions on precious metals trade and Washington suspending pressure on countries not to buy Iranian oil.

Negotiators have limited political room to manoeuvre as there is hard-line resistance to any rapprochement both in Tehran — especially among its elite Revolutionary Guards and conservative Shi'ite clerics — and in the US Congress.

Kerry appeared to respond to his critics in the US legislature by saying, "This is an issue of such consequence that really needs to rise or fall on merits, not on politics."

'Deal of the century'

Kerry arrived in Geneva on Friday from Israel after a tense meeting with Prime Minister Benjamin Netanyahu, who rejected any budding compromise with Iran.

Netanyahu warned Kerry and his European counterparts that Iran would be getting "the deal of the century" if they carried out proposals to grant it temporary respite from sanctions.

Israel, which is believed to have the Middle East's only nuclear arsenal and regards its arch-enemy Iran as a mortal threat, has repeatedly mooted military action against Tehran if it does not mothball its entire nuclear programme.

Iran dismisses such demands, citing a sovereign right to a nuclear energy industry, and most diplomats concede that, as Tehran has expanded its nuclear capacity exponentially since 2006, the time for demanding a total shutdown has passed.

Kerry seemed to acknowledge on Sunday divisions among US allies who worry that a deal with Iran would be a mistake — an apparent reference to both Israel and Saudi Arabia.

"We also understand there are also very strong feelings about the consequences and choices we face for our allies and we respect that," Kerry said. "Some of them are absolutely directly and immediately involved and we have an enormous respect, needless to say, for those concerns."

Like Israel, Saudi Arabia has expressed concerns to Washington about the nuclear ambitions of Iran, the Saudis' main rival in the region, as well as Tehran's support for Syrian President Bashar al-Assad in Syria's two-and-a-half-year civil war. – Reuters