Prepare to be horrified: Stephen King writes sequel to ‘The Shining’ 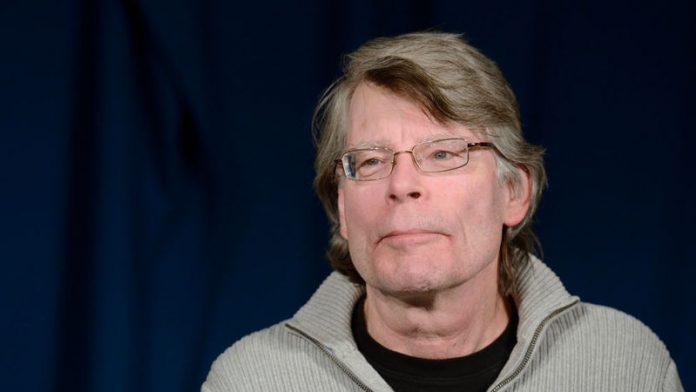 Don't ask horror writer Stephen King where he gets his ideas from. He doesn't know.

But the American author, who has written over 50 novels and sold 350-million copies worldwide, does remember how he came up with the plot for his 1977 book The Shining.

King and his wife, who were living in Colorado at the time, had gone to the mountains for a weekend at the end of the holiday season and were the only guests in their hotel.

"We were very much fish against the current because everyone else was checking out and we were checking in," he said.

"It was creepy because the wind was howling outside … and all the chairs were up on the tables," he said.

After dinner, King's wife went up to their room at the Stanley Hotel, leaving the writer in the deserted dining hall where he "soaked up the atmosphere".

The Shining tells the story of Jack Torrance, who takes a job as an out-of-season caretaker at a remote hotel and eventually attempts to murder his wife and son.

The book was made into the 1980 film of the same name directed by Stanley Kubrick and starring Jack Nicholson.

Sequel
Now, over 35 years after the book was first published, King has written a sequel.

In Doctor Sleep, King continues the story of the son, Danny Torrance, the child with psychic powers in the original book, as a middle-aged alcoholic drifter.

Haunted by his dead father's "legacy of despair, alcoholism and violence", he works in a hospice where he draws on his paranormal powers to help people achieve a peaceful death.

But his past is reawakened when he encounters a telepathic child, Abra.

King (66) said he did not usually write sequels.

In Danny's case, however, King said that the character "never really left my mind".

"I got curious and that doesn't happen to me very often," he said, adding that little by little what happened next to Danny "started to form in my head".

"I felt that because addiction is something that tends to run in families, I thought I would go ahead and let him be an alcoholic and see if he could do a better job than his dad."

Alcoholic
A recovering alcoholic himself, who was drinking heavily at the time he wrote The Shining, King said that when he started writing he was wary of producing a "tract on alcoholism".

Another challenge, he said, was how to write something capable of terrifying readers who were now older and facing the really frightening things in life such as cancer and death.

"A lot of people think of The Shining as one of the most scary books that they've read in their lives," he said.

"And I'll say 'well yes, you were 14 years old, you were away at summer camp and you were reading with a flashlight under the covers. Of course I scared you, you were easy!'

"Now they are all grown-up and you know no matter what you write there will be a contingent who say 'well that wasn't very scary'".

Although he is at a loss to explain the genesis of his ideas, King says how to scare people is easier to define.

'Scares the heck out of me'
"The key to it is to create characters that people care about. If you care about them and they are in jeopardy then you are afraid for them," he said.

As for what scares the author himself, King – like his readers – no longer has to look to the paranormal for that.

"I'm afraid of Alzheimer's," he said. "Declining mental ability, that scares the heck out of me. – AFP