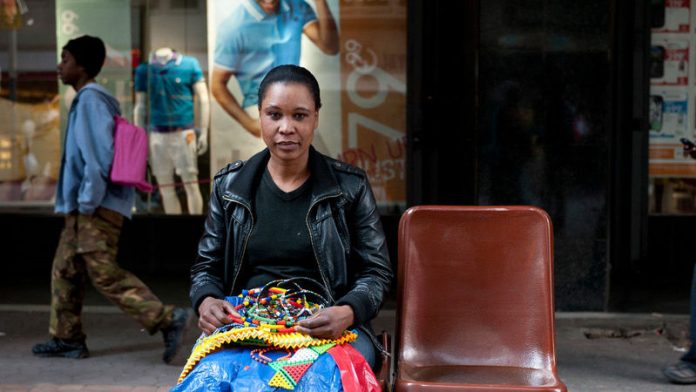 The City of Jo'burg is about to face its second court application regarding the "illegal" removal of informal traders from the inner city centre.

The Socio-Economic Rights Institute of South Africa (Seri-SA), acting on behalf of the South African Informal Traders Forum (SAITF), filed an application for an urgent interdict in the high court in Johannesburg on Tuesday afternoon.

This follows a similar application by the South African National Traders Retail Alliance (Santra) on Tuesday morning. That hearing was postponed and the application will be heard next Tuesday.

Approximately 7 000 informal traders, legal and illegal, have been evicted from the inner city’s streets as part of the City’s Operation Clean Sweep.

SAITF wants the court to urgently direct the City to allow the traders to carry on business, in terms of the City’s own informal trading by-laws, at the locations they occupied before they were evicted. They argue that Operation Clean Sweep is illegal.

They also want the court to instruct the city to re-erect the trading stalls that were confiscated by the Johannesburg metro police department (JMPD) during the evictions, or to allow the traders to operate from the sites where the stalls were erected.

SAITF also wants to interdict the City from continuing its operations and from confiscating the traders' goods and impounding them. On Monday, the Mail & Guardian reported allegations that the JMPD were conducting arbitrary stop-and-search raids on traders who have already been evicted, and continue to confiscate their goods.

Traders allegedly operating illegally will also not be evicted without written notice from the City and two-days' notice, if SAITF gets its way in court.

Protest
More than 100 informal traders protested outside the City's high court on Tuesday, displaying placards asking the mayor to hear their plight.

A member of the city's mayoral committee, Roslyn Greeff, said traders removed from the streets would return to work by the end of the week.

"We would like to start with the people that were removed first, so we are going to be reallocating legal traders that have been verified by the end of the week."

Greeff said more than 2 000 traders had already been registered.

Santra spokesperson Edmund Elias said the city was delaying the matter and did not want the traders back on the streets.

"The city promised us on November 4 that traders would go back once they have been verified, and today it's November 19 and not a single trader is back." – Additional reporting by Sapa