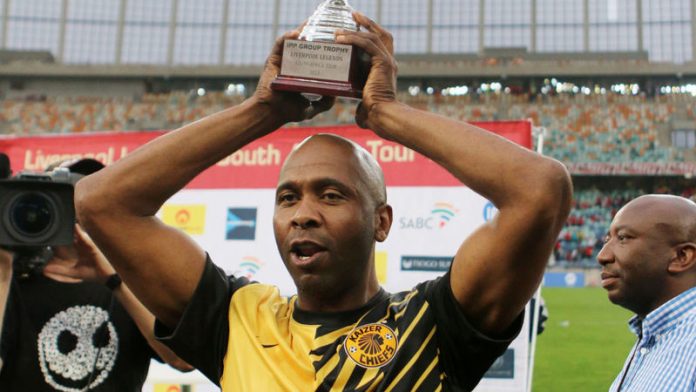 "Following recent speculation, I can confirm that I am part of a consortium which has submitted a preliminary indication of interest regarding the acquisition of a stake in Leeds United Football Club," Radebe said on his website .

"We hope to continue our recent discussions confidentially with the current shareholders and the board.

"We would like the opportunity to explain both the substance of our proposal, and our strategy for working with GFH Capital to continue the rebuilding process at the club."

Retirement
Radebe made more than 250 appearances for Leeds before retiring in 2005 and said he wanted to help return the club to the Premier League.

"Leeds United has a special place in my heart. Ever since I retired, I have been considering ways to get involved at the club – working at board level with an equity interest would be the pinnacle," he said.

Dubai-based investment firm GFH Capital owns the Yorkshire club, which reached the Champions League semi-finals in 2000-2001. GFH Capital has sold more than half its 100% holding since purchasing the club from Ken Bates last year. – Reuters