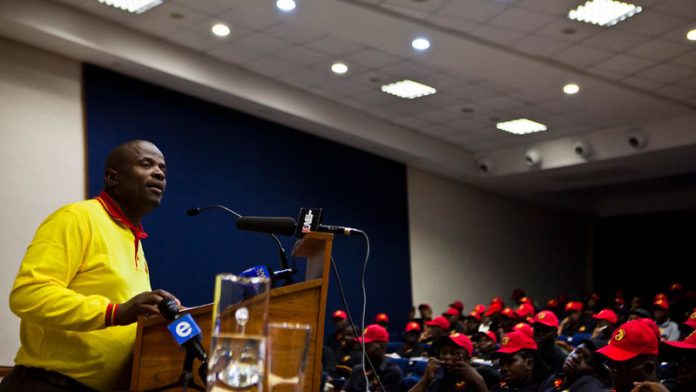 Speaking to eNCA, Gina said: "Yes, today at around 3pm … I wrote a letter to the structures of Numsa tendering my resignation."

His resignation reportedly follows disagreements between him and general secretary Irvin Jim.

Gina told eNCA that while some union leaders would agree on one thing, others relayed messages to the media which contradicted their agreement. "For example, I am talking about reports that Numsa is leaving the alliance as if there is a decision made on this already," he said.

"There is no decision for us to split from Cosatu."

Numsa is the largest affiliate of the Cosatu. The union's spokesperson Castro Ngobese said he hadn't heard about Gina's resignation.

"I don't know anything about that. As a union we released a statement earlier saying that we will not engage with him in the media. If he chooses to engage with the media that is fine, but we will not."

Earlier in November, the Mail & Guardian reported that Numsa was mobilising its members to strike over the implementation of the National Development Plan, the youth wage subsidy, and e-tolls – starting from January, at the time the ANC will be rolling out its election campaign.

The ANC plans to use the NDP and youth wage subsidy as drawcards; they are expected to feature prominently in its election manifesto, which will be revealed by President Jacob Zuma in the party's annual statement on January 8.

Factions
Gina claimed on Monday some of the metalworker union's branches wanted him removed from his post.

"About three branches of Numsa, [they were] proposing that I be released from my responsibility of being a president because the line being communicated to the media even before the special congress has resumed … is not the line I agree with," Gina told SABC news.

"I think it is intended to confuse the country and to push delegates into a particular decision," he said.

Numsa general secretary Irvin Jim could not be reached for comment. – Additional reporting by staff writer

In the first weeks of the lockdown, workers reported that they had been left with nothing to survive on as their employers failed to apply to the UIF
Read more
Advertising
Continue to the category
Coronavirus