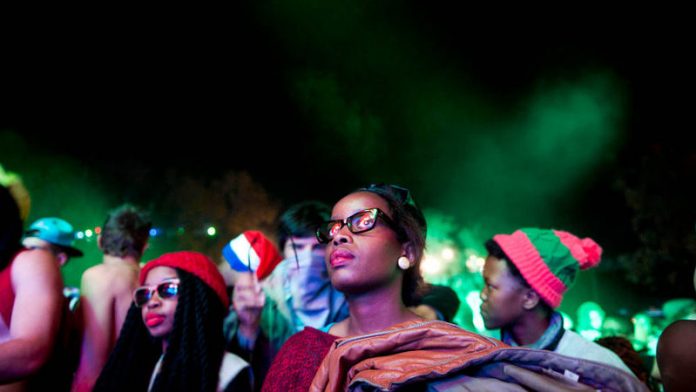 One thing we have to recognise as South Africans is that most of us don't know what is on the coat of arms of South Africa. And those of us who do know what's written on it seem to hardly practice what the words tell us to do.

When I first moved to Johannesburg seven years ago, I was very surprised by some people's reaction to the fact that I happened to be Xhosa. I came from a predominantly Xhosa background, being from the Eastern Cape, and after having spent years in Cape Town – what some may call Europe – I got to know different cultures and started dating within different racial groups.

It was in Cape Town that I had my first coloured and white girlfriend. As I have said before, I am an equal-opportunity dater, no races are exempt – when I am single of course.

I was rather astounded by the things people said about the fact that I was Xhosa. I'd hear all sorts of negative comments about what Xhosas are like – liars, conniving, think they are smarter than everyone else. I never felt ostracised but there was a constant need for me to explain my people. This was all new to me because, living in the Eastern Cape, I never really heard anything bad being said about other cultures.

When I was younger, we would call any black person Xhosa. If I happened to be watching boxing with people my age, and one of the boxers were black, we'd say we're supporting the Xhosa guy. To us, Xhosa meant black, regardless of whether you were or not. We even called Michael Jackson umXhosa waseAmerica, the Xhosa from America. Later, I got to learn that some Zulu children from elsewhere also did the same.

There were a lot of Ghanaians who had come to the Eastern Cape to fill professions such as teaching and medical doctors. The Transkei had a shortage of doctors and teachers, so Kaiser Matanzima, who was then prime minister of the Transkei, decided to fill in the gaps by making a deal with Ghana to send some of their professionals to work there. This was not unlike South Africa getting doctors from Cuba a few years ago.

Because South Africa had been such a closed society, any other black African who came from outside South Africa would be called iGhana. You'd hear people say, "Lela Ghana laseNigeria," (That Ghanaian from Nigerian), or Ghanaian from Zimbabwe, Malawi. As long as you were a black foreigner, you were Ghanaian.

I recently went to a party where people questioned me on being a Xhosa after hearing my name (to be fair, my Eastern Cape Xhosa accent is still quite prominent). When I responded in the positive, the enquirer, exasperated, said: "You guys are everywhere in Johannesburg!"

It surprised me that my being Xhosa was important to some people at the party. There was not a single positive thing said about Xhosas. At one point, one woman said: "I have one Xhosa friend, she isn't like that though." It was no different than the all too familiar story of a white person saying to a black person they work with: "Black people are so lazy, but you're different, Nomandla, you're not like the others."

It was at this point that I said: "You do realise the things you are saying are what white people used to say about black people? That we are lazy, can't be trusted, thieves, stupid and are everywhere?" I was stunned that they were easily applying apartheid ideology without irony.

It is funny how the formerly oppressed get so used to the weapons of the oppressor that we begin to use them against each other without thought. I made the point that we can't simply dismiss a person because they come from a certain tribe or race or make assumptions about them before you have even gotten to know who they are. People are people before they are tribes and races. Clearly, we still need to unlearn the terrible lessons of apartheid.

The word "apartheid" is better known by South Africans than our motto: "Diverse people unite!" The motto juxtapositions itself so very well against our horrible past.

What apartheid achieved was to divide and conquer. If we saw ourselves as different, we could say we are better off than others. It is something that began long before apartheid was even legislated, it goes back to the 1800s. The divisions which were brought in have carried on well into 21st century too.

It really hurts me when I see young, intelligent and well-raised people still embrace the backward ideology of labelling others to create an "us and them". It will get us nowhere. The world is big enough for all of us without having to live with division. Before we end the divisions we have to recognise for their ugliness, discuss them and don't pretend they are not there. Then we can discard them. I am against political correctness, which forces false politeness and restricts self-expression and sees every joke as an offence.

We cannot afford to have a South Africa that freely embraces the ideology of apartheid that still divides black against black. From what I see, we still need to heal from the trickle-down effects of apartheid, which has damaged people.

We have to fight our demons as the black community too and not just look at white racism, but at how we are falling into the trap of tribalism, sometimes unwittingly.

Apartheid's legacy of divide and conquer should not carry on into the 21st century. We ought to look at the inscription on the South African coat of arms again, which is taken from the Khoisan language of the Xam, ?ke e: ?xarra ?ke, which translates to "diverse people unite". It recognises that we are not the same but can and should unite. In fact, it is not even a polite suggestion. It is an order.

Have you made the most of your tax-free investment contributions?
Read more
Advertisting
Continue to the category
National