Best of 2013: Popular music vs pundits 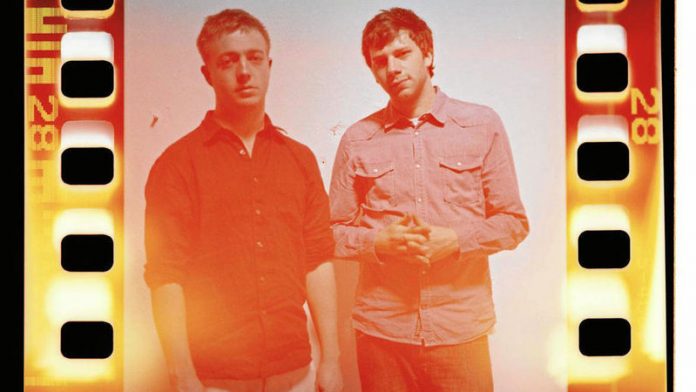 All I know about this series is that it's a London-Berlin collaboration and they released three 12-inch EPs containing three tracks each this year. You will hear snatches of strange vocals, subharmonic frequencies and a high-hat that starts out innocently enough and then becomes an angry hiss. This is all in the foreground, in front of the towering walls of bass. This is minimalist dub music at its finest, unlike anything I have ever heard. The only explanation is that it is a transmission from the future. You will be dancing to this in the nightclubs of 2040, but not now – it's too soon.

The drone master returns with Virgins, his first album since 2011's Ravedeath, 1972. Back is the densely layered sound, but this time his palette appears to be drawn from a sombre meditation on the Iraq war and its aftermath. Back, too, is the beautiful piano. On the track Black Refraction, the piano melody appears to split in two, like a reflection: one decaying, one attacking. There seem to be a lot of original instruments here, such as strings and flute on Incense at Abu Ghraib, but it's hard to know, really.

Given William Bevan's penchant for releasing his music in bits and pieces, this is also a 12-inch EP. There are the familiar samples of what sound like disaffected Londoners, caught in mid-conversation, setting the scene for the grimy, plaintive dubstep. And it always seems to be raining. It's the perfect antidote to Christmas.

This is their second release since 2010's Crooks & Lovers. I love how warm their sound is – the album opens with what sounds like a Hammond organ, soft-brushed drums and muffled vocals right in the back of the mix, as though it was recorded in their bedroom. There's actually very few vocals, except for a few tracks with the excellent King Krule, who delivers his lines with a sardonic earnestness. The track Break Well is only three minutes and 42 seconds long, but it is time well spent: snakelike, hazy synths, a moment of silence – like drawing breath – and then an ecstatic guitar break.

The hardest-working man in electronic music, Kieran Hebden, has done so much to change our conception of electronic music: the fusion of folk, oblique rhythms and odd, beautiful sounds. My favourite track, Parallel Jalebi, begins with a quickened, pulsing synth that seems to double back upon itself, overlaid with breathy vocals from what sounds to me like an Islamic love song. Another goodie, Ba Teaches Yoga, is a mesmeric piece that swells into a voice, morphing into what resembles a bouncing ping-pong ball, which then recedes into a miasma of gentle synths.

Laced with screeching synth, howling electric guitar and complementary rhythmic vocals, this is a compilation of the Nigerian musician's songs from the eight albums he recorded between 1977 and 1985. As the album blends pop, soul, Afrobeat and rock, songs like Love is Blind and Let's Fall in Love take listeners on a retro-pop journey, and tracks such as Atomic Bomb and Why Go to War give this album the politically conscious impetus that psychedelic albums from the 1970s got the world high on.

The airy, almost whispering voice of Tahliah Barnett, aka FKA Twigs, caresses the chopped and screwed arrangements on her track Papi Pacify. When she pleads for her love to be pacified over the murky instruments, it's hard to resist her vocal charm. Like a music marriage between the voice of Aaliyah, the production of Flying Lotus and the allure of Massive Attack, this album from the 25-year-old is a sensual trip-hop journey. Her quirky look and the album's visually commanding music videos add to her appeal. Signed to the United Kingdom's Young Turks record label – which houses bands such as The xx and Chairlift and singers James Blake and Sampha – if FKA Twigs's EP2 is just the EP, then the full album can only be one of the most anticipated releases from this stable next year.

Drummer Tumi Mogorosi's debut solo album has been a pleasant arrival on the South African jazz scene. As he throws operatic vocals and commanding electric guitars in the mix, it's haunting and dramatic – the perfect soundtrack for a thunderstorm and a glass of red wine. The album from the 26-year-old Spruitview native – who has performed with the likes of trumpeter Feya Faku and pianist Andile Yenana – features four chorally trained singers and a jazz sextet. No surprises that the album was inspired by legendary drummer Max Roach's 1971 album Lift Every Voice and Sing.

Bassist Derrick Hodge's debut solo is smooth. Period. An eclectic mix of Afro-beat, jazz, hip-hop, blues and deconstructed industrial beats, this album is like the follow-up to what Robert Glasper couldn't achieve on Black Radio 2. You see, Hodge is part of the Grammy award-winnning Robert Glasper Experiment. Not one to assume the sideline when playing his bass guitar, the Philadelphia native's album is raw, brooding music that keeps your ears glued to the speaker. The album features guest appearances by rapper Common and Glasper Experiment members such as Robert Glasper and drummers Chris Dave and Mark Colenburg.

Cringeworthy opening lyrics aside, the son of anti-apartheid activist and poet Keorapetse William Kgositsile delivers a gritty, industrial sound and honest lyrics about absent father figures, getting high and drunk and chilling out with friends. This 19-year-old, of Odd Future fame, invokes great debut solo albums such as Eminem's Infinite or Ironman by Ghostface Killah. The album exhibits contemplative verses over a laid-back flow. It's both personal and plain old braggadocio rap, and features other Odd Future heavyweights such as singer Frank Ocean and rapper Tyler.