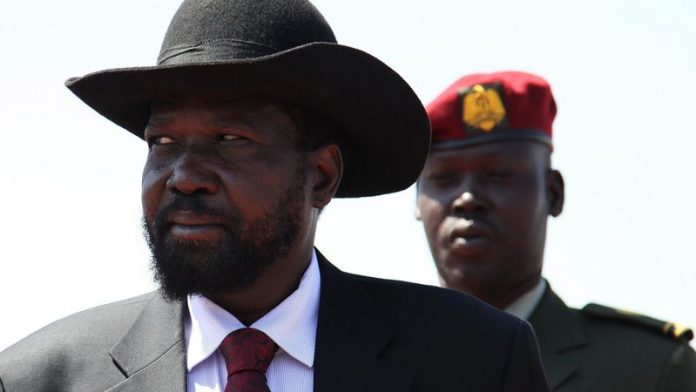 South Africa had condemned an alleged coup attempt in South Sudan, the department of international relations said on Wednesday.

"The South African government learnt with shock and dismay of the alleged attempt, by disgruntled soldiers, to overthrow by violent means the government of President Salva Kiir Mayardit," spokesperson Clayson Monyela said in a statement.

Agence France-Presse reported that South Sudan's president said on Monday that he had defeated a coup attempt following a night of fierce fighting between rival troops. The clashes broke out in a barracks close to the city centre shortly before midnight and spread across the city. Residents locked themselves in their homes or tried to flee to safer areas, it was reported.

Kiir blamed troops loyal to his arch-rival, former vice-president Riek Machar, who was sacked from the government in July.

'Sit down'
​Kiir said he was ready to "sit down" with Machar to try to solve the crisis. But Machar, who was sacked by the president in July and is now a fugitive, denied any coup attempt.

"Kiir wanted to use the alleged coup attempt in order to get rid of us," Machar told the Paris-based Sudan Tribune website in his first public remarks since the fighting erupted.

Monyela said South Sudan was still in the process of unification, reconciliation and nation building, while trying to develop the country's government structures and institutions after its independence in 2011. "It is therefore highly unfortunate that an attempt was allegedly made to undermine the stability of the country."

The South African government called on the government of South Sudan and those opposing it to seek peaceful resolutions.

Civil war fears
Meanwhile,the United Nations warned on Wednesday that violence was spreading in South Sudan, as fierce fighting in the world's youngest nation prompted the US to evacuate Americans and other foreigners.

There were fears in the international community that the poor and unstable nation, which became independent from Sudan in 2011, could slide back into civil war.

Hundreds of people have been killed and thousands more terrified civilians have fled their homes since the fighting broke out on Sunday to seek protection at UN bases.

He said the fighting occurred in Bor, capital of eastern Jonglei state, and that tensions were rising in other states.

UN peacekeeping chief Herve Ladsous told the UN Security Council that between 400 and 500 bodies had been reportedly taken to hospitals in Juba since the fighting broke out, while another 800 people had been wounded.

"There is a heavy toll, it is obvious," UN Security Council president Gerard Araud said, without confirming how many people had died.

Barricaded homes
In Juba, early shooting gave way to a lull later on. Many residents have spent the past two days barricaded in their homes, too afraid to move.

Others used pauses in the sporadic and often intense battles to flee to safer areas, including UN bases, despite Kiir's pleas that they return to their homes.

The fighting has highlighted the bitter faultlines in the country, which is awash with guns.

Kiir and Machar hail from different ethnic groups and fought on different sides during Sudan's 1983 to 2005 civil war.

The United States used two C-130 military transport planes and a charter aircraft to fly 150 Americans as well as US and foreign diplomats out of the country, the State Department said.

"The security situation was getting ugly. There was shooting at the airport," a US defence department official said on condition of anonymity.

Internationals flee
Further flights could follow after Washington urged all Americans to depart the country immediately.

Britain also announced some of its embassy staff were temporarily leaving the country.

Several regional airlines resumed flights at Juba's airport, with long lines of aid workers and expatriates boarding the first flight they could out of the country. Others left by bus for Uganda.

The South Sudanese government said 10 key figures, many of them former ministers, have been arrested in a crackdown on alleged coup participants.

Kiir said a powerful military commander, Peter Gadet – who rebelled in 2011 but then rejoined the army – had mutinied again, launching attacks in Jonglei in support of Machar.

Shooting
Fighting was reported late on Tuesday in the state capital Bor, with shooting breaking out there again in the early hours of Wednesday.

"Hundreds of civilians have been streaming into our camp on the outskirts of the town, they're now over the 1 000 mark, and Bor is very tense," said UN Mission in South Sudan spokesperson Joe Contreras.

The UN also reported clashes in the town of Torit, state capital of Eastern Equatoria.

Peacekeeping chief Ladsous said between 15 000 and 20 000 people had sought UN protection in Juba.

Medical teams in Juba's two main hospitals were having trouble coping, according to the International Committee of the Red Cross. – Sapa, AFP