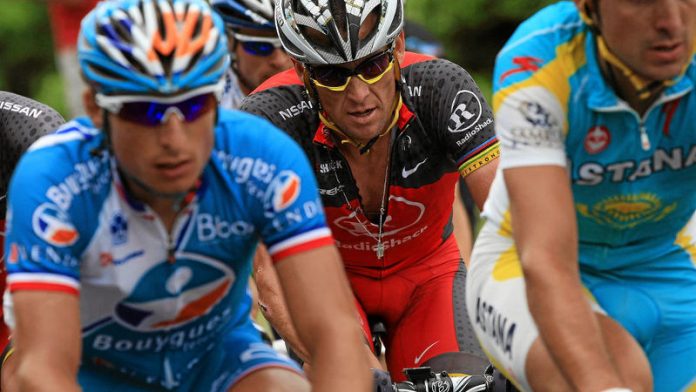 A Swiss international lawyer, a German anti-doping specialist and an Australian who has advised the Afghan government have been named as the three members of the independent commission that will investigate cycling's doping past in the wake of the Lance Armstrong scandal, including allegations of mismanagement of anti-doping cases by the governing body, the Union Cycliste Internationale (UCI).

Dick Marty of Switzerland will chair the commission, with Ulrich Haas and Peter Nicholson as vice-chairs. The commission will be named the Cycling Independent Reform Commission and will be expected to complete its work by the end of 2014.

Setting up the commission was a key element in the manifesto of Brian Cookson, the former British Cycling head who was elected UCI president in late September. Within hours of taking office, Cookson had sent representatives of the security firm Kroll into the organisation's offices in Aigle, Switzerland, to secure computers and documents that are now held by Kroll.

"The independent commission has already started preparatory work and will soon be given complete access to the files of the UCI and all the electronic data which was copied as soon as I was elected," said Cookson. "It will also be seeking testimony from people involved in the sport or who have been involved in the past and we are in the final stages of discussions with Wada [the World Anti-Doping Agency] to agree how best to incentivise people to co-operate with the commission."

Thorny issue
The question of how to reduce doping sanctions for those who supply information is likely to be a particularly thorny issue, particularly with regard to Armstrong, who implied that he has information of interest but that he wants a cut in his life ban.

"We have agreed a budget for the commission, which the UCI will cover in full, and we have also expressed our wish that its work be concluded this year," Cookson said. "Other than that, the independent commission based in Lausanne will operate completely independently of the UCI and will organise its work as it chooses. The commission's terms of reference will explicitly state that the commission will act autonomously and that its members will not receive any instruction from the UCI."

The allegations arising from the Armstrong scandal are what have concerned Cookson most, including as they do his former teammate Tyler Hamilton's claim that the UCI "took care of" a positive test at the 2001 Tour of Switzerland, and Armstrong's recent assertion that the former UCI president, Hein Verbruggen, "told him to come up with something" after the Texan's positive test for cortisone during the 1999 Tour de France. Verbruggen has denied any irregular conduct, stating emphatically "the UCI never protected Armstrong". – © Guardian News & Media 2014