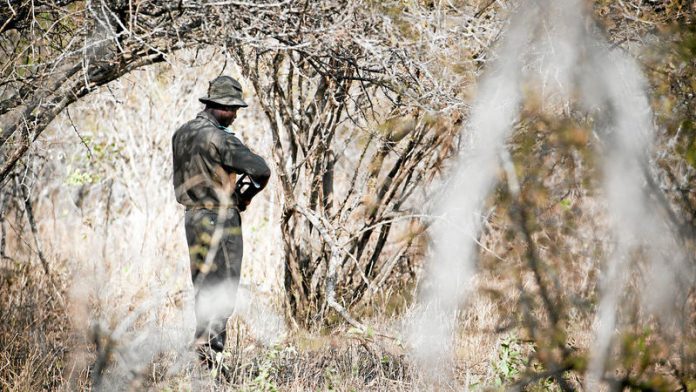 In 2007, 13 rhino were killed in South Africa, which is home to three-quarters of the world's population. It had been claimed that when the horn is ground into powder it could cure cancer, and this drove demand.

The South African response has escalated. Poachers are receiving quarter-century jail sentences and dozens have been shot dead by rangers and the army.

The number of rangers in the Kruger National Park, where half of all rhino are poached, has nearly doubled and last year the treasury gave an extra R75-million to anti-poaching operations.

Dozens of poachers have been shot and killed in the Kruger. Loopholes, such as legal hunting permits, have been closed and agreements have been signed with Vietnam and China, the largest destinations for horn.

Global trade
A report by consulting firm Dalberg said the global trade in horn could be as much as R100-billion a year, making it as valuable as cocaine. The risk was also lower, it said, because it was not a serious crime in most countries.

The rate of poaching means rhino deaths will exceed births in the next few years – as recently as half a year ago Water and Environmental Affairs Minister Edna Molewa had said this would happen in about 12 years.

"2026 is the year we see the beginning of the extinction of the rhino. This is around the corner and that is scary," she said.

But then the poaching rate went up, thanks to the coming of spring, when the thick bush makes detecting poachers harder.

The heart of the war is happening in the Great Limpopo Transfrontier Park, where poachers have easy access through the open 360km border with Mozambique. The park has been divided into 22 sections, which cover nearly 20 000km2. An average of 10 rangers patrol each area.

Under attack
Retired major general Johan Jooste, who is in charge of the park's anti-poaching operations, said when he was appointed in 2012: "South Africa is under attack from armed foreign nationals. We are going to take the war to these armed bandits and we aim to win it."

That year, 448 rhino were killed in the country, half in the Kruger. This has seen the rangers spending 80% of their time in anti-poaching operations, after specialised paramilitary training, he said.

The army is now patrolling the border and at any given time there are two dozen armed poaching groups in the park, he said.

Kingsley Holgate, a rhino activist who investigated poaching in Mozambique, said small towns near the park were booming because of poaching money.

A water carrier, who could earn R10 000 for one mission, risked being fined a few thousand rands if convicted.

All the rhino on that side of the transfrontier park are dead. One that strayed would be dead in less than two days, and South African forces could not cross the border, he said.

With very little to stem the rate of poaching – 26 rhino have already been killed in the first two weeks of this year – Molewa said: "We are using everything", but bemoaned the lack of success.

Rhino horn sale
Her department plans to ask for a once-off sale of rhino horn at the next meeting of the Convention in Trade of Endangered Species in 2016, claiming that this would "flood" the black market.

The stockpiled 16 tonnes of horn could earn R8-billion for conservation. But this move requires the ratification of member states, and wildlife trade expert Karl Ammann said this is not likely to happen because there is no trust in South Africa regulating itself and not allowing corruption to take advantage of legalisation.

A longer-term option to farm horn is also being explored, something the environment affairs department ruled out in 2010.

Julian Sturgeon, executive director of nongovernmental organisation Resource Africa, said farms could be built in rural areas. These would each generate 108 full-time jobs and make R12-million a year.

This would fund rangers in the war and give a different source of income in communities where poaching might be the only option, he said.

The department of environmental affairs had not responded to questions at the time of going to press.