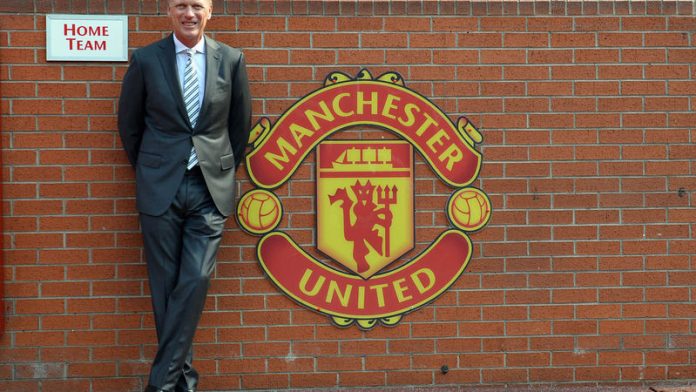 When Alex Ferguson took the microphone at Old Trafford in May last year to implore Manchester United supporters to back his self-appointed successor, David Moyes, he did so with a warning of tough times ahead. Few, though, would have expected it to be this trying.

"I'd like to remind you that we've had bad times here," Ferguson said after signing off his last match in charge at United's fortress home he spent 27 years building up with a 2-1 win over Swansea City. "The club stood by me. All my staff stood by me. The players stood by me. So your job now is to stand by our new manager. That is important."

Following Wednesday's League Cup semi-final exit at the hands of struggling Sunderland, that request is being severely tested by United fans all over the world who have gorged on the glory of trophy after trophy arriving at Old Trafford.

Their trophy hopes this season now lie only in the Champions League, where the English champions will remain confident of beating Greeks Olympiakos Pireaus in the Last 16 next month but less so of taking out others after that.

The challenge of European giants such as Barcelona, Real Madrid or Bayern Munich looks far beyond a confidence sapped side who have seen long unbeaten home records against Everton, Newcastle United and West Bromwich Albion all end this season.

Fitness
The absence of Wayne Rooney and Robin van Persie from the starting lineup in recent weeks has been greatly felt, with reports linking both forwards away from the club, but the problems lie deeper than their return to fitness.

Defenders are making mistakes, midfielders are being overrun, chances not being created, while commentators question why Moyes is opting to be more defensive and shy away from the crowd-pleasing, attacking style his predecessor implemented.

"Of course, you would expect a better standard because, don't forget, there are a lot of internationals out there," Moyes said after the penalty shootout loss to Sunderland, who will play Manchester City in the final at Wembley.

"In the end, I just don't think we got the level of performance we needed to go through the game. If we had got through, I would have been disappointed with the performance, but I'm doubly disappointed that we haven't got to the final."

'David's care'
United are not in action this weekend as their rivals City, Liverpool, Arsenal and Chelsea compete in the fourth round of the FA Cup, a tournament Ferguson once famously shunned in favour of going after what is now the Club World Cup.

Moyes was unable to clear the first hurdle as Manchester United manager when his side suffered a third round exit to Swansea, who registering their first ever victory at Old Trafford earlier this month.

The club's success, though, has never been measured on their ability to win either of the two domestic cup tournaments with Ferguson adding two League Cups and no FA Cups to his magnificent trophy haul in the last seven years in charge.

Instead, his consistency to ensure United never finished a league campaign outside the top three from 1992 until May with 13 titles is what helped set him apart.

Moyes, however, has United languishing in seventh in the league, five points behind his former club Everton, who have excelled under his replacement Roberto Martinez, and 14 back of leaders Arsenal.

A trophyless campaign is something that not even the much lauded Ferguson managed to avoid during his 27 years in charge but the domineering Scot always was quick to assess his flaws and rebuild in double quick fashion.

Mata
Moyes appears to have reacted to that by moving for Chelsea playmaker Juan Mata, with the Spaniard close to moving to Old Trafford according to British media reports.

While the flair and creativity will be welcome, pundits and fans believe a solid central midfielder in the mould of former captain Roy Keane, who fell out spectacularly with Fergsuon, is what is of greater need.

The failure of Marouane Fellaini to make an impact at Old Trafford after following Moyes from Everton leave many questioning the manager's transfer acumen, with a slumping share price hardly helping the pressure on him.

In his autobiography released last year covering his final years in charge, Ferguson said Moyes was, despite a few "defensive frailties", inheriting a squad of players and staff of the highest calibre.

"I was proud and relieved to be delivering this fine group of players and staff into David's care. My work was done," he said of a team that strode to the title by 11 points.

The stuttering start by Moyes, who ditched Ferguson's staff in favour of his own, has left many United fans hopeful Ferguson might see there is still work for him to do. – Sapa-AFP