Relela widow: All he wanted was to see Malema 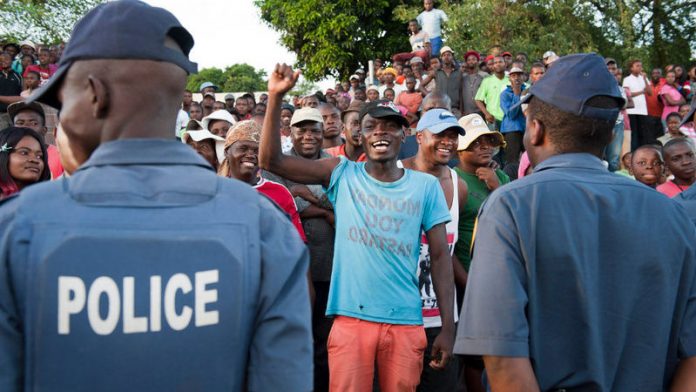 All he wanted was to meet Economic Freedom Fighters (EFF) leader Julius Malema, said a Limpopo widow whose husband was killed in Relela near Tzaneen.

Dikeledi Selebe (22) said her husband Stanley Selowa (26) was killed around 6pm on Tuesday while on his way to an EFF meeting at the village.

"Stanley heard rumours that [EFF leader] Julius Malema was visiting Relela to address protesters. He didn't even care about what the villagers were protesting about. All he wanted was to meet Malema face to face for the first time in his life but he didn't know that would be his last day," said Selebe, who is the mother of their two-month-old baby girl.

"What am I going to do now? We survived on his odds jobs. I'm unemployed and don't get a social grant for our child," she said.

Tense
Selowa's grandmother, Mma-Nakampe Selowa (77) said the young man died for nothing. "Stanley wasn't even part of the protests; he died for nothing. I warned my grandson not to go out of the house because the situation in the village was tense.

"He promised not to do so but I was so shocked when his sister, Emmah, came running to tell me that Stanley was shot by cops. After I heard about the shooting of my grandchild I rushed to the scene but some cops stopped me. I didn't even go near him, cops threatened me," said the grandmother.

Selowa was the third to die in the protests that started on Saturday morning when community members protested against police delays in a gruesome murder case.

The first of three villagers to die was Tshepo Baloyi (15) who was killed on Saturday morning. On Tuesday, Clearance Molele and Selowa died after having been shot, allegedly by police officers.

Shot
However, community members said they were shot at when they went to the police station to demand that police find the missing body parts of Kgomotso Rakgolane, who was found murdered in Mandlakazi near Letsitele recently.

"The police responded with bullets," said one protester. Molele's grandmother Annah Maredi (66) also said she told her grandson not to go to the protest.

"I warned my grandson not to go there but he didn't listen. Look, now I can't even afford to bury him," said Maredi. – Sapa