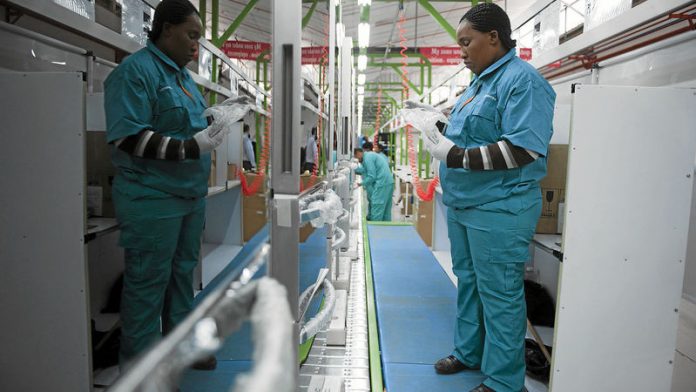 Companies in Sub-Saharan Africa expect to recruit more from the returning African diaspora instead of expatriates as demand for skills rise along with growth prospects in the region.

According to a survey published by EY (formerly Ernst & Young) titled "Realising potential – sub-Saharan Africa talent trends and practices", which involved 224 companies across 23 sub-Saharan African countries, 27% of the companies have medium to high expectation of recruiting from the returning African diaspora in the future as opposed to 10% at present.

Fifty-three percent of participants anticipate a lower or significantly lower demand for expatriate skills in the next twelve months, EY said in a statement released on Monday.

"The relatively small pool of local, skilled labour in sub-Saharan Africa coupled with positive growth expectations for the region has the potential to result in the demand for skilled labour exceeding the supply and a highly competitive war for talent ensuing; particularly for technical and professional skills," said David Storey, the company's Europe, Middle East, India and Africa people and change leader. "Clearly companies are starting to look at the returning African diaspora as a cheaper and more effective solution than simply plugging skills gaps with expatriates."

EY said costs are an important factor in the decline in the desirability of expatriates as approximately one in three expatriates in executive positions, and one in five expatriates in other positions earn a premium three times that of their local counterparts according to the survey.

Cheaper labour
"Apart from their cheaper costs, the returning African diaspora is attractive for their knowledge of their country of origin, the ease of their cultural acclimatisation, and their ability to effectively bridge their Western, European and African experiences," Storey said.

He however warned that companies "must recognise the diaspora as a distinct group of potential employees that is neither local nor expatriate, and as such requires a proper understanding of their motivations and needs that finds expression in the way that they are recruited, paid, incentivised, and retained".

In its employment index for December 2013, Adcorp, South Africa's largest diversified workforce management and business outsourcing company, said an estimated 359 000 high-skilled South Africans have returned since 2008 and have been absorbed into the labour force.

The Homecoming Revolution, an online platform with the aim to bring home African diaspora professionals, estimated that 340 000 professional South Africans have returned home in the past 10 years.

Comprehensive immigration and emigration statistics are no longer recorded by the department of home affairs.

The hotline trying to stop men murdering their wives

History as a woman’s work