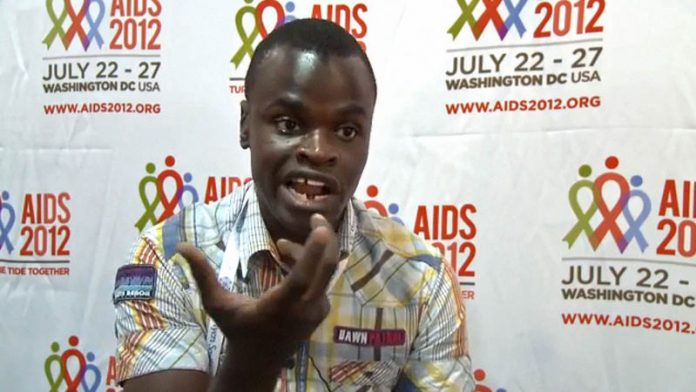 Ugandan gay rights activist Dr Paul Semugoma’s dramatic week is an example of what can happen if you have colleagues, friends and comrades who can apply pressure on government – and save you from the potential horror of returning to your mother country where your best friend and fellow activist had been murdered for being gay.

On Monday morning South African immigration officials at OR Tambo International Airport detained Semugoma on his return trip from a conference in Zimbabwe. They charged him with travelling without proper documentation, and planned to deport him to Uganda through Zimbabwe.

His life partner, Brian Kanyemba, was allowed through. He quickly phoned the South African National Aids Council (Sanac) to tell them what had happened.

"When he came here in 2012 he applied for a scarce skills visa. Home affairs gave him a receipt for this and said he could travel on that," Steve Letsiki, Sanac’s civil society chairperson told the Mail & Guardian. But this week it was different.

Legal route
By Tuesday Semugoma had not been released, and the council went to the Johannesburg high court late in the afternoon.

The judge ordered that Semugoma be released, but the immigration officials at OR Tambo refused. His lawyers were not allowed to see him, and Kanyemba had by then gone two days without seeing him.

There was no information about where he was being kept or his condition.

But at 2pm on Wednesday the small group of civil-society activists fighting the case got a panicked phone call from Semugoma.

"They were trying to force him on to the plane so they could send him back to Zimbabwe," said Letsiki. "He did not know what to do."

Resistance
They knew he could not board the plane because he would then have no option but to return to Uganda, which he fled in 2010 after his activist friend was killed following a newspaper article with his picture calling on him to be hanged.

"We told him to do anything he could to resist and make sure he was not on the plane," Letsiki said.

The call was dropped. The panicked group jumped into a car and raced to the airport.

Letsiki asked immigration officials what had happened, and also phoned South African Airways to see whether Semugoma was on the Harare flight. They refused to give an answer. Letsiki phoned a friend who worked at the airport, who in turn checked the manifest and confirmed that Semugoma had managed to avoid getting on the plane.

Lawyers then arrived to try force the doctor’s release. The airport’s immigration office is down several winding corridors with no markings; it was hard to find.

The offices are also small; only the lawyers and Kanyemba were allowed in – leaving the support group in the tight corridor. Sitting with anxious faces, they discussed what would happen if he were deported: none of the scenarios were good.

Growing anger
Semugoma left Uganda at a time when homophobic anger was growing, and laws banning any form of homosexuality were gaining traction. A repeat of these "offences" can result in a person getting life imprisonment.

Semugoma had applied for a scarce skills work visa when he arrived in South Africa in 2012. In April 2013 he went to check on its progress: he was told that it had been lost and he should apply again. The same thing happened in October.

The group’s conversation then moved to what steps should be taken next. The hoped-for consolation is that he would be released, as the judge had ordered on Tuesday. As a last resort he would apply for asylum, based on the danger he would face if he returned to Uganda.

Letsiki said home affairs was creating a diplomatic headache for itself, which would "blow up in their face". If asylum was granted it would be a condemnation of the Ugandan government. This idea appealed to the group, as it would force South Africa to take a public stand.

Any further pondering ended when the immigration office doors burst open. The four members of the legal team and Kanyemba, all on the verge of tears, were too agitated to talk.

Lost in the airport
"In effect they are ignoring a court order. One person has decided to ignore the law," said lawyer Tsego Phala, after taking a moment to breathe and compose herself. She tried to find where her client was. She had a room number but no idea where it was in the maze of the airport.

When Phala phoned Semugoma she was faced with a barrage of questions from her client, who had been given no information and had no idea what his rights were. She slowed him down, and advised him to think through everything he said, in case any of it would be used against him later. The final piece of advice was to ask what steps he would need to take to ask for asylum.

After the call ended, the group spilt up. The lawyers took Kanyemba with them, so that there could be a "calming" influence on him. The activists went to plan their media campaign so they could put pressure on the government and home affairs. A press release was immediately issued, calling on the government to release Semugoma, accusing it of ignoring a court order. "Is the government above the law?" it asked.

Media attention
On Thursday morning, then less worried about the prospect of deportation (thanks to the media attention), the group went back to court. In the meantime, Semugoma applied for political asylum, which meant he could be released while the application was pending.

His partner, Kanyemba, said they had no choice but to apply for asylum to ensure that he stayed in the country. "He has been actively involved in Uganda and has been vocal and outspoken," a stressed Kanyemba told the M&G. "With the environment now he would not feel safe going home."

But home affairs spokesperson Ronnie Mamoepa said: "When he came back from Zimbabwe it was on a lapsed visa, so the normal procedure was followed where he would be returned to the country he had flown from, like any other person if your papers are not compliant." Mamoepa queried the possibility of asylum being granted. "Dr Semugoma has been leaving and entering Uganda with no problem. He never raised the issue of asylum before."