Stormers had best break out of their teacup 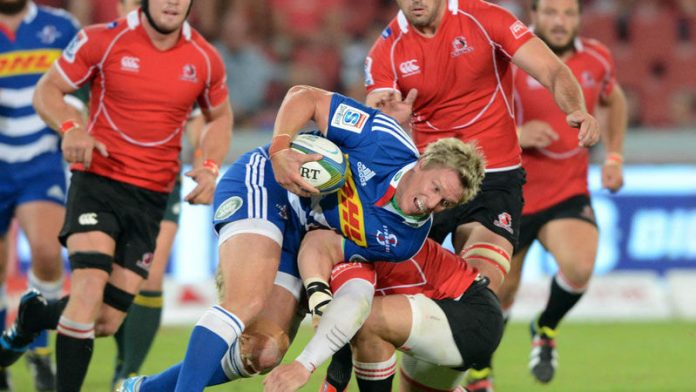 When the captain of the national side and South Africa's player of the year in 2013 opts to criticise his teammates in a post-match television interview, it is time to sit up and take notice. Jean de Villiers is a man who chooses his words wisely, which is why he commands universal respect. So when he says the Stormers produced a "disgusting" display against the Lions and accuses players of not having enough pride in the jersey they wear, you can be sure it is not something he has uttered in the heat of the moment.

The Stormers missed week one of Super Rugby because they had a bye and, while the other four South African franchises were battling it out, the Cape side was losing a friendly against Boland. It was possible, then, to see a slow start to the season coming, but few would have been prepared for the depths plumbed at Ellis Park.

In effect, the match was decided in the first quarter as the Lions scored a point a minute and shut out the visiting side. While everyone was waiting for the Stormers to start playing, the Lions stole the game by showing what a little passion can achieve.

If, before kick-off, you had asked the Stormers coaching staff whether there was anyone on the opposing team they would like to swap for one of their own, the answer would surely have been in the negative. The Stormers had six Springboks in the starting XV, eight if you count the halfback combination, who were both part of Heyneke Meyer's wider squads in 2013.

By contrast, the Lions team is made up largely of players discarded by other provinces, together with a few from the Pumas, the team that won the Currie Cup first division last year. Hardly any of the match 23 came up through the Lions age group structures, testament to the fact that the union's best players have been jumping ship at an early age for the better part of a decade now.

Elite players
It is a completely different picture where the Stormers are concerned, with Saturday's squad largely representative of the elite rugby-playing schools the Cape has in abundance. This is not a franchise that battles to keep the best of the local product year in and year out, and so De Villiers's choice of phrase after the Lions match must be regarded as something of a cri de coeur.

The cards might be said to be stacked against De Villiers's men as a result of an unkind draw from the tournament organisers. In addition to that first-round bye, they now have to face the extremely unpredictable Hurricanes at Newlands before going on tour for a month to play the the Crusaders, the Chiefs, the Brumbies and the Reds, all of whom qualified for last year's play-offs. It is quite within the realms of possibility that the Stormers will return from that trip having played six, lost six, at which point the coaching staff might need to update their CVs.

Something similar is conceivable for the Bulls, winless after defeats by the Cheetahs and the Sharks, and now without captain Pierre Spies for half the season. Questions are being asked about why Spies is only now undergoing surgery on the bicep injury that kept him out of play for the second half of 2013.

With Spies out, an equally long-term injury bedevilling Arno Botha and Deon Stegmann battling a groin strain, the entire first-choice back row is missing for this Saturday's encounter with the Lions. It has forced an interesting tactical switch, with Grant Hattingh moving from lock to eighth man.

Bulls coach Frans Ludeke has dropped flyhalf Louis Fouché in favour of Jacques-Louis Potgieter, who has returned to Pretoria after a two-year stint in France. Potgieter (29) is doing his third stint with the Bulls, having signed a new two-year contract. It seems that his chance has come sooner than expected, with Fouché unable to fill the boots of the departed Morné Steyn.

Lonely and ignored
One hopes Potgieter will be asked to do a little more than kick the ball, with the star-studded Bulls backline having been starved of possession in the first two games. The centre pairing of Jan Serfontein and JJ Engelbrecht has been cruelly ignored thus far, while the free-spirited Bjorn Basson has looked lonely and isolated on the wing.

It may be early in the season, but it is clear that, if either the Bulls or the Stormers are to reach the play-offs, they will need to add significantly to their tactical arsenals.

The Stormers have had a problem at scrumhalf for several seasons now, something put into perspective by the announcement that the Sharks' Charl McLeod has signed for French team Grenoble. McLeod follows another former Sharks scrumhalf to France, Rory Kockott. Either man would have been a significant boost for the Stormers, whereas the Sharks can afford to jettison the pair owing to the quality of their youth set-up.

Cobus Reinach can now expect more game time from Jake White, while precocious youngster Stefan Ungerer will be phased in slowly from the bench. After just two weeks of competition, it seems something will have to go badly wrong for the Sharks to avoid topping the South African section of the Super Rugby log in 2014.