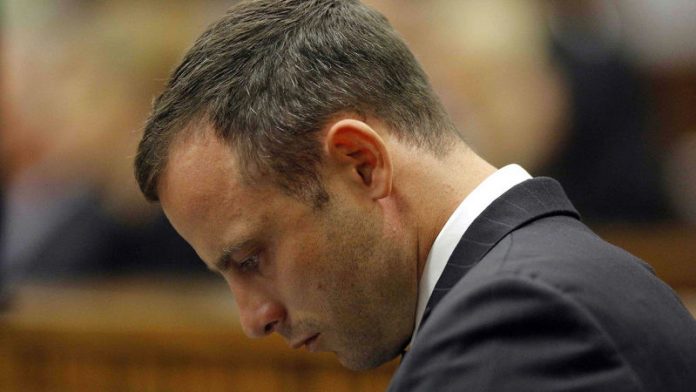 It was a dramatic interjection, with prosecutor Gerrie Nel jumping up to halt the trial of Oscar Pistorius for the murder of Reeva Steenkamp. He had just been informed that a television station was showing the face of witness Michelle Burger, just then facing a vicious cross-examination, and the matter had to be investigated.

Burger is one of the witnesses in the matter who asked that her testimony not be televised. In terms of a compromise reached before the trial, her testimony could be broadcast live in audio, but without a television component.

That approach was further refined during the first day of trial on Monday, when Nel himself proposed that the video feed from the courtroom need not be turned off entirely – as long as Burger was not in shot.

What transpired shortly after the start of proceedings on Tuesday, it appeared in the immediate aftermath, is that broadcaster eNCA carried the audio of Burger's testimony while showing a still photograph of her face.

That was not in violation of the original court order, eNCA said almost immediately after being identified as the source of the interruption. Not so, said Nel, and added that the station was told when it sought permission earlier in the day that it would be in violation of the order if it showed the still image.

Also on Tuesday, a file photo of Burger was published by newspapers Beeld and Die Burger, accompanying reports on her testimony the day before.

No 'soft gloves' for media
​eNCA, according to its own social media feeds, maintained that it obtained legal opinion before showing the picture, and likewise was not in violation of the order.

But trial Judge Thokozile Masipa, in an impromptu order, directed the media "to stop any photographs of any sort. It doesn't matter where it was sourced from", and warned that the media would not be treated with "soft gloves". She added that an investigation would be instituted.

Back on the stand, Burger appeared distinctly annoyed.

Some state witnesses in the matter were apparently reluctant to testify in the Pistorius trial, given its enormously high profile and the number of Pistorius fans who firmly believe he is innocent. Some of those were deeply concerned when television stations first approached the courts for permission to broadcast the proceedings – even before defence advocate Barry Roux started doing his best to destroy witnesses on the stand.

But the compromise reached, in which justice could be seen to be done while the privacy of some witnesses could still be protected, was hailed as a victory for both the media and the South African justice system.

‘Load-shedding not the same as blackouts’ — Eskom CEO

The media should guard against discrimination by its journalists