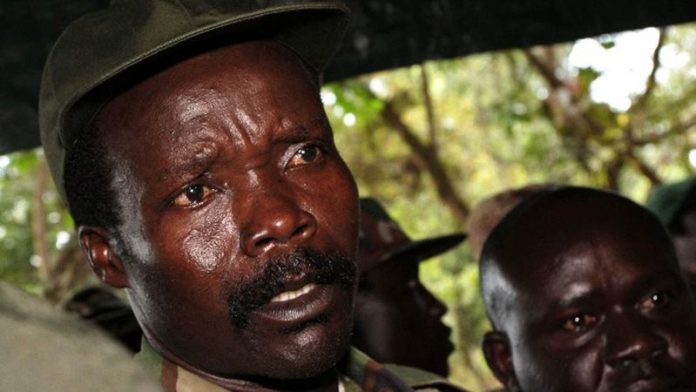 The region, where 46% of the population live in poverty, has largely been excluded from almost three decades of economic expansion. Kony, who has eluded capture on war crime charges, was driven out of the north along with his militia by the Ugandan army in 2005. That allowed thousands of displaced people to return home and investors including Cairo-based private-equity company Citadel Capital, Total South Africa, Europe's third-largest oil producer, and Sinohydro Group to seek projects.

"The potential for northern Uganda is huge and it can play a bigger role in contributing to the national economy given support through infrastructure development," Kristof Titeca, a researcher at the Antwerp-based Institute of Development Policy and Management, said in a phone interview.

The region's main city, Gulu, was re-connected in September to a railway that runs to Mombasa port in neighbouring Kenya after operator Rift Valley Railways, which is majority owned by Citadel Capital, restored part of the track that had been left idle for two decades.

Rift Valley plans to renovate and then reopen the line further west to Pakwach, on Lake Albert's oil-rich shores, and western Arua near the border with Democratic Republic of Congo.

‘Next frontier'
"The discovery of oil in parts of northern Uganda makes it presumably the next frontier of exploration," Phillip Apuuli Kasaija, a programme manager at the Institute for Security Studies, said in an interview in Kenya's capital, Nairobi. "Opening up the railway is another program that will help spur trade and development."

Paris-based Total has made seven petroleum discoveries in Nwoya district, 368km northwest of the capital, Kampala, after drilling 37 exploration and appraisal wells since February 2012, according to the government. The company applied in December for a production licence from its discoveries in the neighbouring district of Buliisa at the northern section of the Lake Albertine Rift Basin, where reserves are estimated at 3.5-billion barrels.

The shilling gained 8.9% against the dollar since the beginning of last year through February 24, the best performance of more than 30 African currencies tracked by Bloomberg after Somalia's shilling. It fell 3% since then after Uganda imposed harsher penalties against homosexuals, causing a political backlash as European nations including Denmark and Norway pulled or redirected donor aid.

Power Projects
Uganda in 2008 signed an agreement to extend a railroad to neighbouring South Sudan, which imports $450-million of Ugandan goods such as fruits, vegetables and textiles every year, according to government estimates.

The north is also set to be the site of some of the East African Community's biggest power projects. Sinohydro has begun construction of the 600MW, $2-billion Karuma hydropower dam on the Nile River near Gulu. Development of a separate 600MW hydropower facility known as Ayago is due to start in the Nwoya district from next year.

More than 70% of the north's 5.1-million people rely on agriculture, according to Private Sector Foundation Uganda, an industry lobby group, in a region that produces tobacco, groundnuts, fruit and cotton.

War crimes
The LRA emerged in northern Uganda in the 1980s with the aim of imposing rule based on the Bible's 10 commandments. Rights groups accuse Kony and his militia of atrocities, including cutting off the hands, lips and ears of victims and abducting tens of thousands of children to be used as sex slaves and soldiers.

After being ousted from the north, they set up bases in countries including the Democratic Republic of Congo, South Sudan and Central African Republic. The LRA has a "few hundred" fighters left, who are being hunted down by about 100 US Special Forces working with African Union soldiers, according to New York-based Human Rights Watch.

Kony, whose age is estimated at 50 by the Washington-based rights group Enough Project, is wanted by the International Criminal Court in The Hague to face charges of war crimes and crimes against humanity. He rose to infamy as the self-styled saviour of the north's Acholi ethnic group, exploiting their feelings of being marginalised, Haruna Kanaabi, a political analyst in Kampala, said in an interview.

Ethnic conflict
Acholis have fought southerners for power, with General Tito Okello seizing leadership in a military coup six months before President Yoweri Museveni, an ethnic Ankole, toppled him in 1986. While the LRA initially drew support from members of the Acholi group, the movement turned on its own people and became brutally violent toward them, according to Human Rights Watch.

Tens of thousands of people were killed and more than 1.9-million were displaced during the two-decade rebellion, the rights group said in a 2012 report.

The government announced in 2012 that it will invest $455-million for the second phase of economic recovery strategy for the north, with plans to build a regional airport, as well as more schools, health clinics and roads there.

Moses Oryat, a 25-year-old hotel receptionist in Gulu who earns 180 000 shillings ($73) a month, says he now wants to catch up on the education he missed while hiding in the bush for years from the LRA.

"My income isn't good but life is better following the end of the war," Oryat said in an interview. "This job will be my stepping stone for greater heights." – Bloomberg