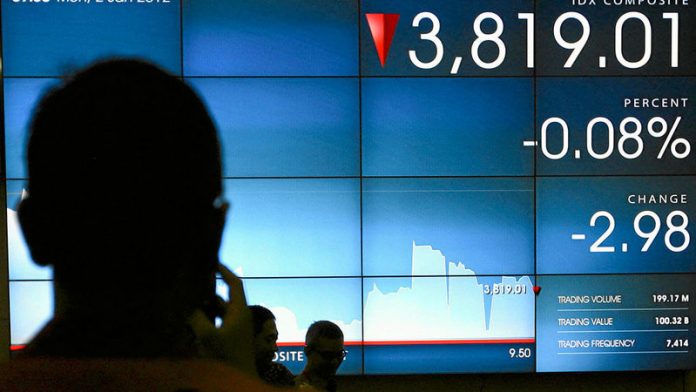 University students have just started the new academic year, and for many first-year students this is in effect the start of adulthood — a time when they start making decisions for themselves and charting their own futures and, perhaps, someday, the futures of many others.

What they learn over the next four years, perhaps more, may well determine their places and roles in society for the rest of their lives.

We owe it to our students, the next generation of leaders, to provide an education that opens their minds, and give them instruments with which to reach their own conclusions.

This means we should, first, not produce clones of ourselves and, second, expose students to ways of thinking that will question and undermine the processes that have produced the vast inequalities in society, and the overall iniquities that poverty, unemployment, violence and marginalisation produce. To do so, we may have to break the existing frames of instruction and reevaluate the curricula we teach. Nowhere is this more necessary than in economics.

At this point of reading, a red mist may be descending over economic rationalists and copper-bottomed neoclassicists. You see, for a little more than a century, they have dominated public policy-making and economics instruction.

Challenging the orthodoxy
Any intellectual challenges to the orthodoxy that underpins the discipline have tended to provoke the ire of those who benefit most from the status quo, or the reproduction of dominant ideas. We would be doing our students a disservice, and sabotaging the future of our country, if we do not think, deeply, about what we teach in economics.

For the next few years, in university auditoriums, today's first-year students will be taught, and will study, economics in much the same way as those who entered the academy before them. It is easier for the instructors if students remain within the disciplinary boundaries, so instruction and examination become a seamless, unproblematic exercise — just as the instructors themselves were taught a particular set of theories, concepts and methods that they pass along, intact, to the next generation of students, as if the social world has remained unchanged (and intact) over the past century.

This ignores the observation by Alfred Marshall, whose Principles of Economics was probably the baseline textbook for the neoclassical period, that new social orders and epochs required new ways of thinking. "Economic conditions," Marshall wrote, "are constantly changing, and each generation looks at its own problems in its own way."

Despite this, economics students will be taught a set of basic theories, concepts and methods that have remained fairly standard for several decades — in some ways for more than a century. Whereas other disciplines in the social sciences have evolved quite significantly over the past century, and altered the way we understand the social world, economics has remained fairly rigid in the face of large-scale structural changes in the world over the past century.

Practitioners, those who constitute the vested interests in the status quo, may well ignore Marshall's axiom. Then teaching economics in the mainstream becomes the reproduction of orthodoxy.

Resistance to change
Among the biggest problems with the way in which economics is taught are: first, its resistance to change; second, its detachment from the real world of politics, power, culture, identity, history and society. Practitioners (teachers and professionals) conceive of "the economy" as a socially and historically disembedded, almost technical, entity with a life and logic of its own.

This is the so-called invisible hand of amorphous "market forces". One of Marshall's contemporaries, the economist Thorstein Veblen, explained that neoclassicists generally consider human beings as "lightning calculator[s] of pleasures and pains, who oscillate like a homogeneous globule of desire of happiness under the impulse of stimuli that shift about the area, but leave him [sic] intact".

In other words, human agency and the very things that make us humans — happiness, sadness and perhaps importantly, irrationality and unpredictability — are slaughtered on the altar of rational behaviour and utility maximisation as the natural condition of people.

I would suggest then, as an initial step, that the academy's increased focus on critical and social theory presents an opportunity for teaching more politics, sociology, history, arts and culture, and especially ethics, to first-year economics students. This would help them better to situate the "economy" they study, and the society in which economic activity takes place. It would ground economics in reality.

One of the more serious mistakes teachers tend to make, in general, is forgetting that students are part of particular communities and society as a whole.

When students leave their classrooms, they return to communities and societies that may be plagued by very many real-world problems. Students, as engaged citizens, may have concerns about justice that crass mainstream economics is quite unable to address — without expanding the boundaries of inquiry significantly.

The discipline's pitfalls
The 2008 financial crisis that sparked the recession, and the meltdown of several political economies across Europe, highlighted the inability of mainstream economics to predict the former and avoid the latter, and it magnified the failures of the discipline to deal with pervasive structural and systemic change.

These failures, coupled with economists' dogged obeisance to methodological monism, and especially its near-complete reliance on mathematical, algebraic formulae and "modelling", inspired a significant movement around the world — for a more pluralist and heterodox economics.

It is in this spirit that I submit the argument that we, in South Africa, ought to consider what we teach our students. In doing so, at the outset we need to reflect, deeply, and collaborate (without fear or favour) on improving how, where and what we teach.

Unless we want to return South Africa to a pre-industrial society and disconnect ourselves from the global political economy, it seems we ought to consider the conditions of our times and act accordingly. As part of developing new curricula for dynamic and unpredictable times, we may also need to reflect on what we teach students at university.

Dr Ismail Lagardien trained at the London School of Economics and holds a DPhil from the University of Wales, Aberystwyth. He taught political economy and international affairs in the United States for six years and now works in the secretariat of the National Planning Commission. The views expressed here are his own