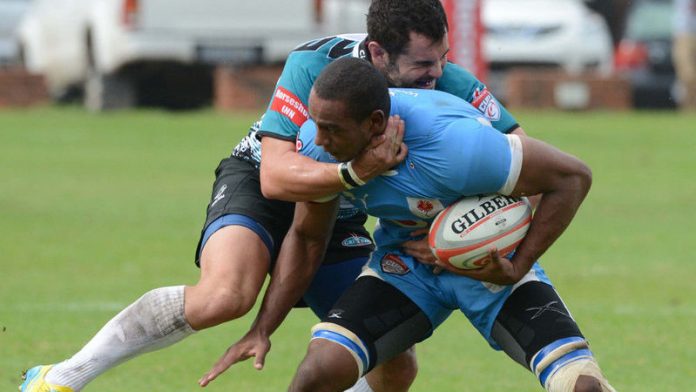 Joe Jansen kicked a last-minute penalty to help the Griquas to a narrow 26-24 win over the Blue Bulls in their Vodacom Cup North Section match at Loftus Versfeld 'B' field in Pretoria on Saturday.

Jansen's successful penalty broke the Bulls' hearts after their flyhalf Louis Fouche had kicked a penalty with five minutes of play left to hand the home team a 24-23 lead.

Jansen's heroics, however, brought the curtain down on a fast and furious last seven minutes of the match, which saw the lead change hands three times.

The Griquas made all the early running in the match as they raced to a 14-0 lead after just 10 minutes as a result of tries from wing Ederies Arendse and scrumhalf Tian Meyer.

The Blue Bulls finally troubled the scorers, in the 22nd minute, thanks to a penalty try before Fouche kicked a conversion and a penalty as the Griquas reached the break holding a 17-13 lead.

The visitors opened the second-half scoring, five minutes after the restart, after a drop-goal from flyhalf Francois Brummer.

Bulls outside centre William Small-Smith then cut through the Griquas defence for an unconverted try in the 51st minute before Fouche's penalty put the Bulls in the lead for the first time in the match in the 55th minute.

But Jansen would have the last say, slotting the three-pointer to secure a vital win away from home. – Sapa

Administrators, from club to national level, would do well to take the example set this month as a reminder that the people is their primary mandate
Read more
Advertising
Continue to the category
Politics