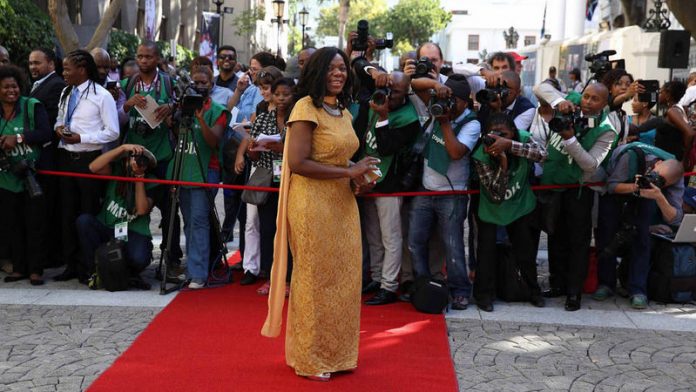 It was a tale of two parties, both hosted by, or in honour of, business leaders. Hundreds turned up at both soirees. One was attended by President Jacob Zuma; at the other, a day later, public protector Thuli Madonsela was among the revellers.

I was roped into attending a business awards event in Sandton last week. It happened to be on the same day that Madonsela released her voluminous report into the security upgrades at Zuma's private homestead at Nkandla.

As we now know, the report paints a picture in which scant regard was given to how public money was spent, lies were told – some deliberately, others mistakenly, apparently. Zuma was found to have violated the executive code of ethics by not ensuring that public money was properly spent.

After such a scathing finding, I would not have imagined that the president would have been in the mood for the convivial tone of a banquet in plush Sandton.

Madonsela's lengthy press briefing ended at about 5pm, and the Sandton shindig began at 6pm. Unless the president is deaf, his ears would surely be ringing with Madonsela's words as he and his security cavalcade swooshed through Sandton.

Zuma was to deliver the keynote address at the function. I'm sure he had agreed to this engagement months in advance, so presumably he didn't want to disappoint the organisers by pulling out at the last minute. But once it became clear, perhaps earlier in the week, that the dinner fell on the same day as the unveiling of the report, could his advisers not have come up with an escape plan and perhaps fielded his deputy to take his place?

The reception he got in the packed banquet room was so cool the air conditioning seemed redundant. To me, his reception felt like the polite business equivalent of booing. Some of the guests declined to stand up when his arrival was announced and the guests had to be asked to rise as the presidential delegation walked into the room.

It got even chillier when Trade and Industry Minister Rob Davies called on the president to deliver his speech. The applause was spare and subdued. When he described the awards as an opportunity to recognise good business ethics, there were hushed mutterings from a disbelieving audience.

As we know, Zuma is not the liveliest orator. Even for him, though, he seemed forlorn and disengaged as he spoke. If I'd been him, I would have pulled a sickie on the day, settled down with a glass of something and meticulously pored over the public protector's report – and I'd have done some introspection.

A night later, a few hundred kilometres away, at Sun City, investment company Wiphold was marking its 20th anniversary with a swanky weekend-long affair.

The Superbowl was packed to capacity and when Madonsela was announced as being among the guests, the room shook with applause, making it difficult for the speaker to continue and announce the other guests. It was a greeting fit for a rock star.

While dinner was being served, people lined up to have their pictures taken with Madonsela. She was mobbed. She endured it all patiently, trying not to show signs of strain, chatting and smiling as the cameras flashed around her. This all happened again the following evening.

Neither of these two events were political platforms or gatherings. At the first one, guests showed their dismay over South Africa's flawed leader; at the other, they celebrated a public official who is seen as being the epitome of probity. I was embarrassed to witness Zuma's humiliation – and delighted with the response to Madonsela.

But gala dinners are not voting stations. Those who attend such gala events hardly reflect the majority of the South African population. Most people at a taxi rank or in a village would probably not even recognise Madonsela, whereas Zuma would most likely be welcomed like a king. There is no doubt that the Nkandla report is a hot potato for the governing party.

The obfuscation and spin around it has been spirited but largely unconvincing.

Even the most dedicated party spin doctors, such as Justice Minister Jeff Radebe, seemed confounded about what to do or say.

It must take a lot to floor Radebe. In his book, The Zuma Years, political commentator Richard Calland calls Radebe “The Cleaner” because he's the big broom that gets brought out when there is a big mess to clean up. Such was the case with the Guptagate scandal: no dirt clung to Number One. He may need an industrial-type cleaning machine to deal with the Nkandla scandal, given that opposition parties are seeking to impeach him.

But Zuma, as we know, has proven to be wily beyond belief. This may be yet another chink in his armour, but it won't destroy him. We are the ones who will be left scarred.